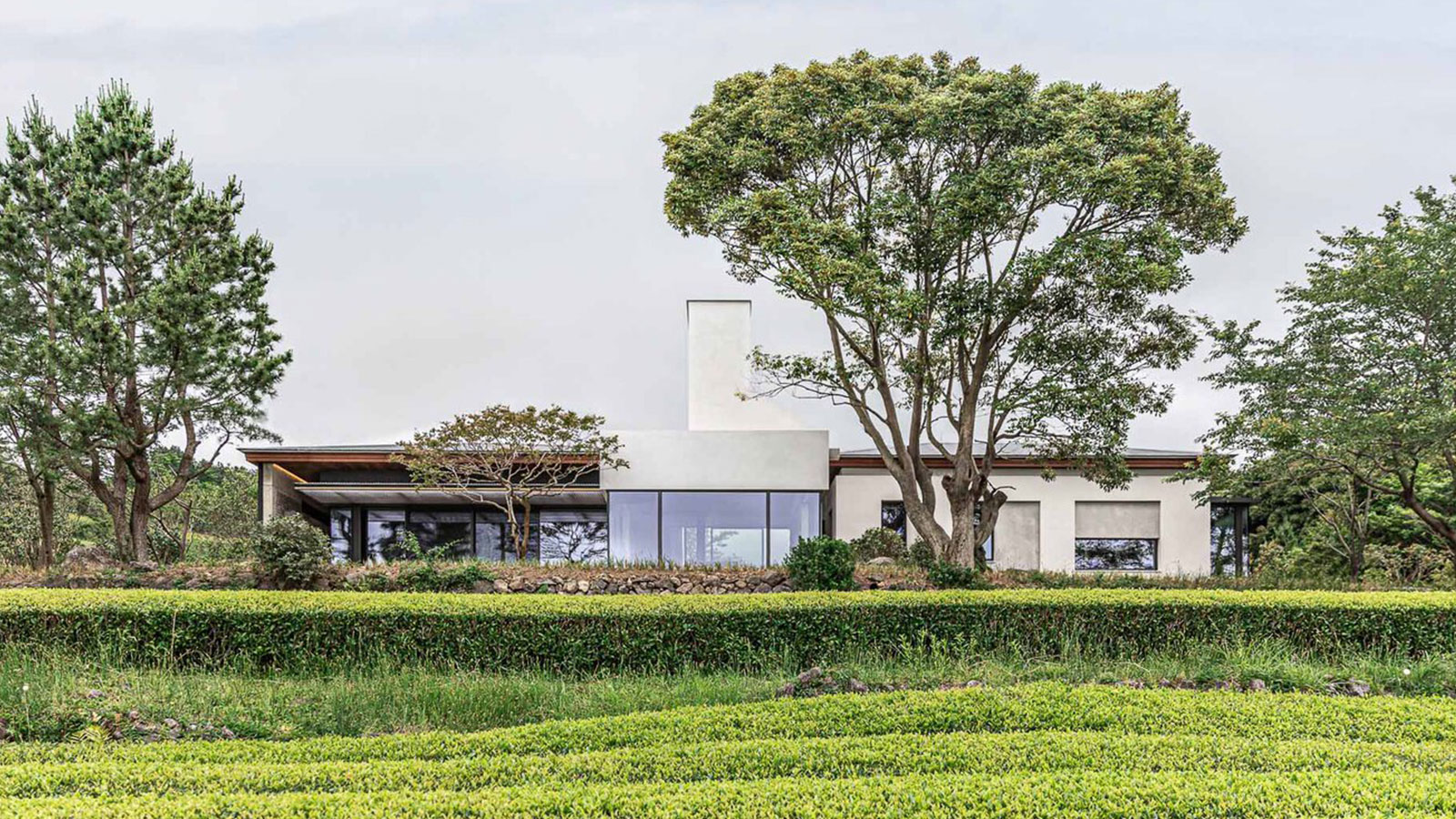 The Korean island of Jeju is home to Osulloc Sullochyangsil House designed by One O One Architects. Dominated by the Hallasan Volcano, Jeju sits at the southern tip of the Korean Peninsula. The project in question was spearheaded by architectural firm One O One based in Seoul; it involved the renovation of two 1980s houses located in the midst of the island’s tea fields, which are owned by Osullocfarm, a well-known organic tea producer.

The architects merged the two structures by adding a shared gable roof to increase the footprint of the house. The particular shape of the roof is the signature of One O One Architects, created in response to the surrounding low landscape consisting of the tea fields. Lead architect, Choi Wook, explains that the new volume created by the roof adds vertical lines to “hold up” the surrounding landscape. He continues by adding, “If you think of a ship floating in the sea, the shape of the ship is quite complex. There are many parts that protrude vertically, such as chimneys and wheelhouses. The complex shapes of the ship meet a strong horizontal line of the sea, so they can fit together.”

While the existing two structures were largely maintained as is, the sizes of the windows were significantly increased in order to create a balance between the interior spaces and the surrounding landscape. To adjust for the humid and windy climate of the island, a canopy was constructed on the front of the south-facing structure to block both sunlight and rain from encroaching on the house.

For another example of fascinating architecture, check out Casa Atibaia.