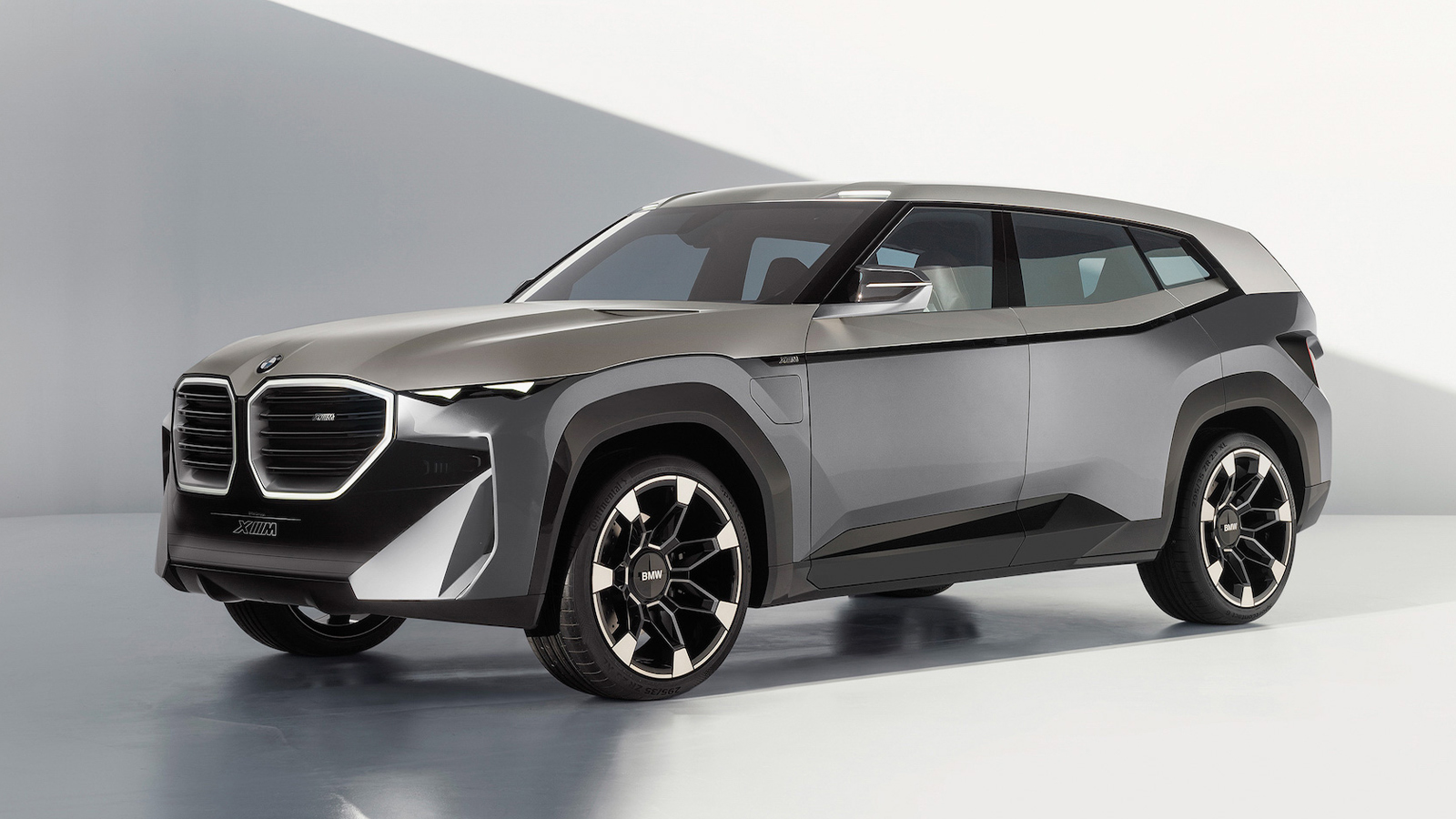 Last week, BMW released a teaser photo in preparation for the full unveiling, which happened on schedule on November 29. This is not just another big-grilled BMW SUV. The BMW Concept XM is the brand’s first standalone M-powered vehicle since the M1 over 40 years ago, and it’s the first standalone M SUV. At this time, confirmed specs have not been released, but what is known is that the Concept XM is a V8-powered 750-hp plug-in hybrid SUV.

The BMW Concept XM aims its sights at high-performance, top-shelf, luxury SUVs like the Lamborghini Urus and Bentley Bentayga. It looks digitally stunning with bold arches and dramatic body lines matched with an increasingly hard to ignore kidney-grille. The details of the exterior are guaranteed to avoid having the Concept XM be mistaken for something else. However, it’s the interior that steals the show.

Inside the Concept XM, you see something you rarely find in BMW interiors – color! Everything inside the XM has texture held together with carbon fiber and copper thread needlepoint. The seats are dressed in rich brown leather with contrasting turquoise velvet upholstery, and it looks fantastic. The reveal of the production variant BMW XM won’t happen until late next year so consider this a preview of what to expect.