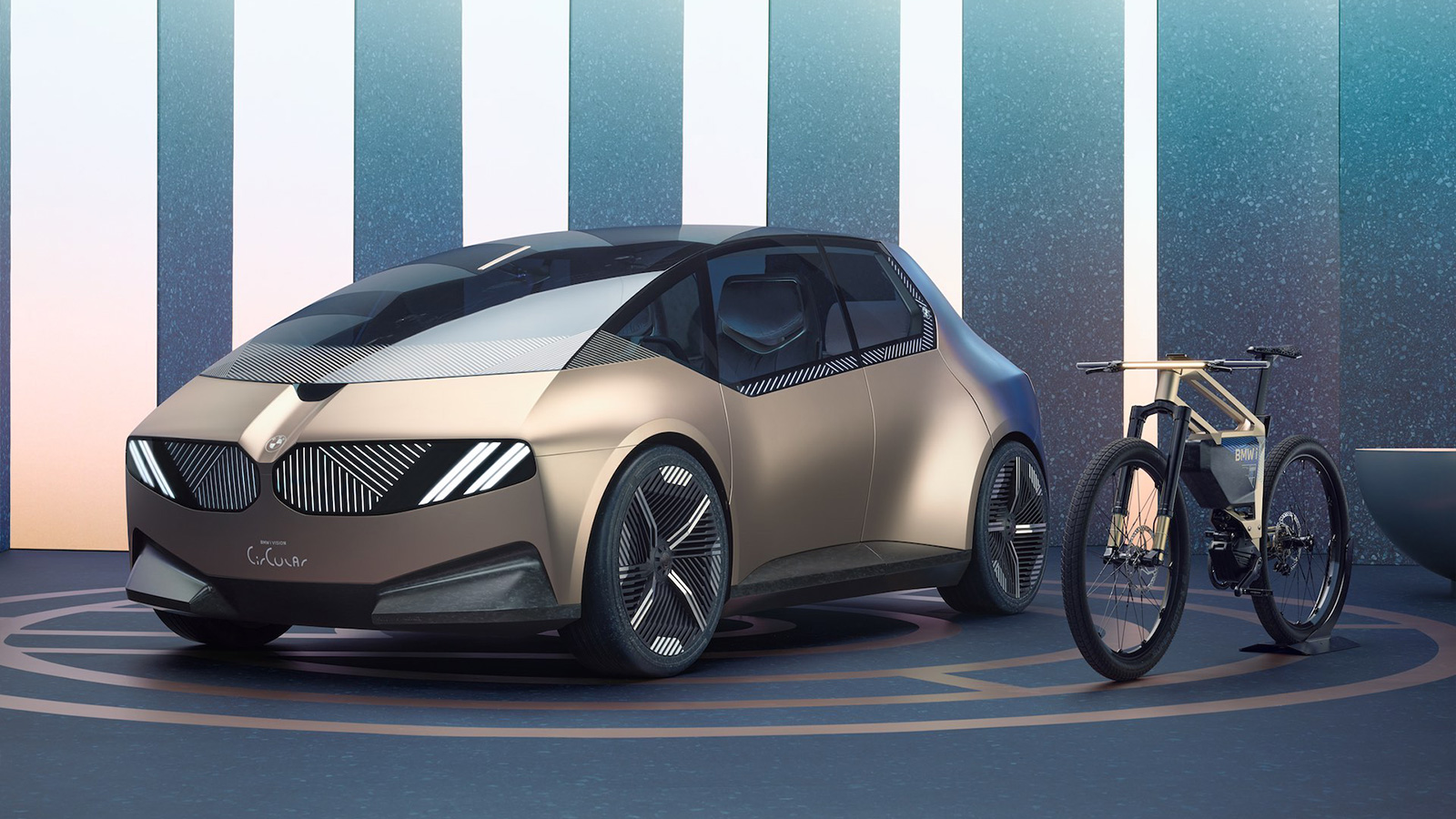 BMW unveiled the i Vision Circular concept car at the 2021 Munich Motor Show this week. The BMW i Vision Circular Concept represents what we will be driving around town in 2040. In addition, this electric compact future ride shows us a near-future of sustainable automotive manufacturing. Development of the Concept car revolved around BMW’s eco-friendly philosophy of ‘RE: THINK, RE: DUCE, RE: USE, and RE: CYCLE.’ As a result, the BMW i Vision Circular is constructed entirely out of recyclable materials. The Concept compact’s body is shaped like a trapezoid and finished in light-gold anodized aluminum as a substitute for paint. The tires are made from a combination of colored recycled rubber particles and sustainable natural rubber. All the metal components were fabricated from secondary recycled aluminum and steel, and its solid-state battery can be reused at the end of the car’s life.

The focus of the BMW i Vision Circular concept is achieving climate neutrality. To build a car that gives back as much as it takes. For example, its car-to-grid system allows drivers to send unwanted power from the car battery back to the grid. However, the car’s design certainly stirs the imagination for how we will commute in the not-too-distant future.

At the front of this four-seater future EV, BMW raised the bar with its signature kidney grille design. The grille has been expanded to the width of the car and doubles as housing for the i Vision Circular’s headlights. Inside, the gauge cluster is replaced with a virtual heads-up display on the windshield. In the center of the dash is what appears to be a mystical power source from a Marvel movie. BMW states this is a light effect meant to show the car’s “brain” working. In addition, occupants are treated to a lavender-colored interior featuring a 3D-printed square steering wheel made from wood powder. The lack of screens inside the BMW i Vision Circular concept can also be seen as a sign of hope for a better future.

On a similar note, check out Audi’s Level 4 EV Concept Car, the Grandsphere