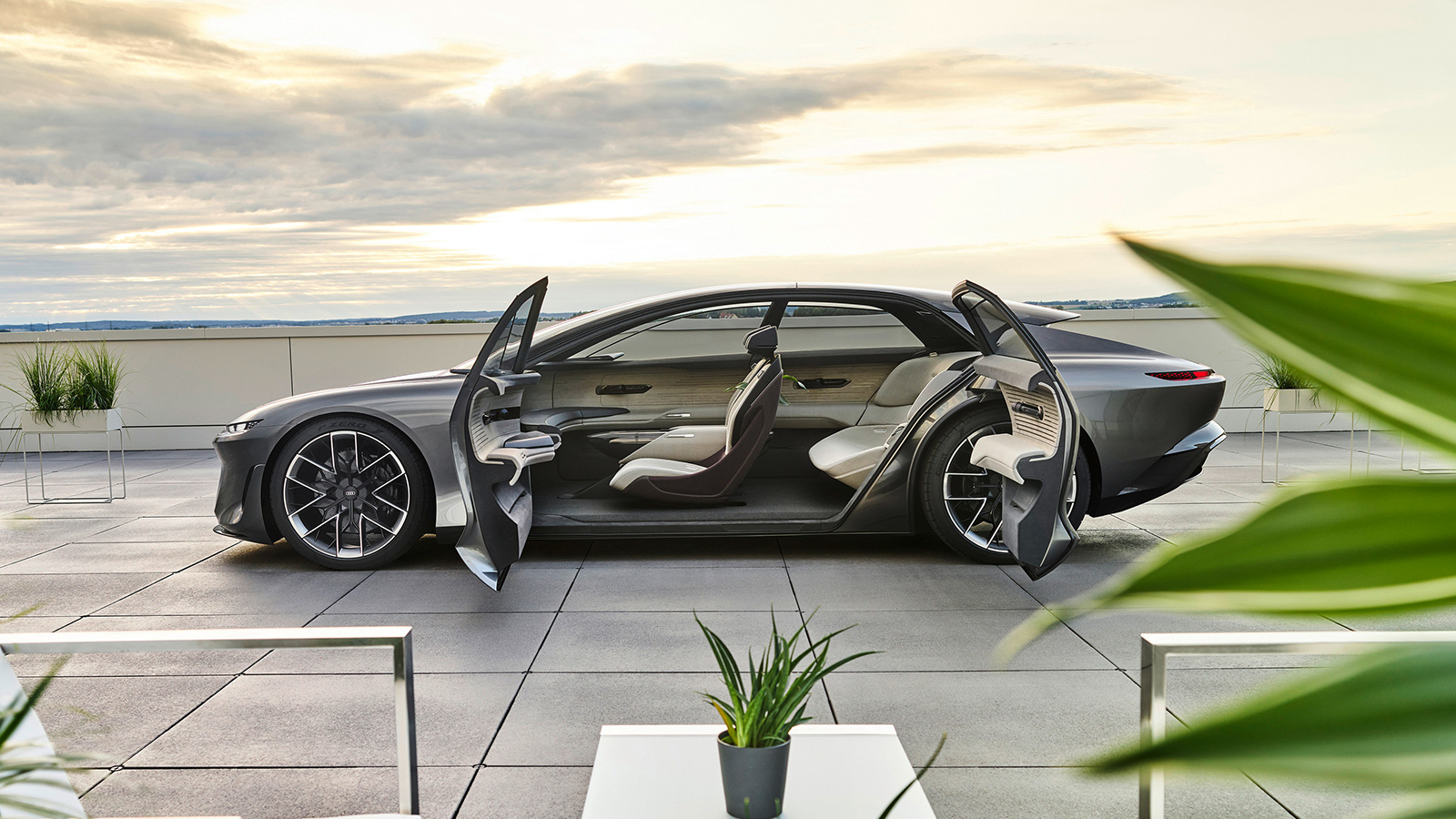 Last month Audi unveiled a Level 4 electric concept study roadster called the Audi Skysphere as part of a three-car “sphere” series. This week, Audi unveiled the second vehicle, a luxury GT sedan called the Audi Grandsphere Concept. As with the roadster, this long-wheelbase concept EV is designed to provide business-class levels of interior comfort and luxury. Audi describes the Grandsphere’s interior as a “first-class lounge with maximum space.”

The concept of the Audi Grandsphere is a premium EV sedan that can turn into a home away from home when switched to autonomous mode. Like the first Audi sphere concept, the steering wheel and pedals go into hiding when it’s self-driving. Audi mentioned how the interior of future vehicles will become the new priority in vehicle design. The press photos show a spacious, leather-free interior with two seats up front and an almost-sofa-looking back seat. One detail the images also show is the Grandsphere’s lack of digital screens. Instead, important driver information is projected on a wrap-around wooden dash using sustainable materials.

Audi claims the Grandsphere uses eye-tracking and gesture controls to allow the driver and passenger to adjust settings when their seats are reclined and away from the controls when using Level 4 autonomy. VR glasses are included in the vehicle to allow a touch-free user experience. Outside the first-class interior is the Grandsphere’s highway private jet styling with razor-sharp angles. The car’s exterior design looks like it was slicked back by the wind.

Underneath the Grandsphere’s Blade Runner styling is Audi’s Premium Platform Electric (PPE), featuring a battery module between the axles capable of holding an estimated 120 kWh of energy. The Audi Grandsphere uses two electric motors to produce a combined 530 kW and deliver a claimed range of over 460 miles. In addition, it uses air suspension with adaptive dampers to provide a ride quality that is smoother than flying in nice weather. It seems the Audi Grandsphere intends on offering the same luxury a rock star on a custom tour bus would experience without the need for a roadie – or a bus.

Check out part one of the Audi three-car “sphere” series: the Audi Skysphere.