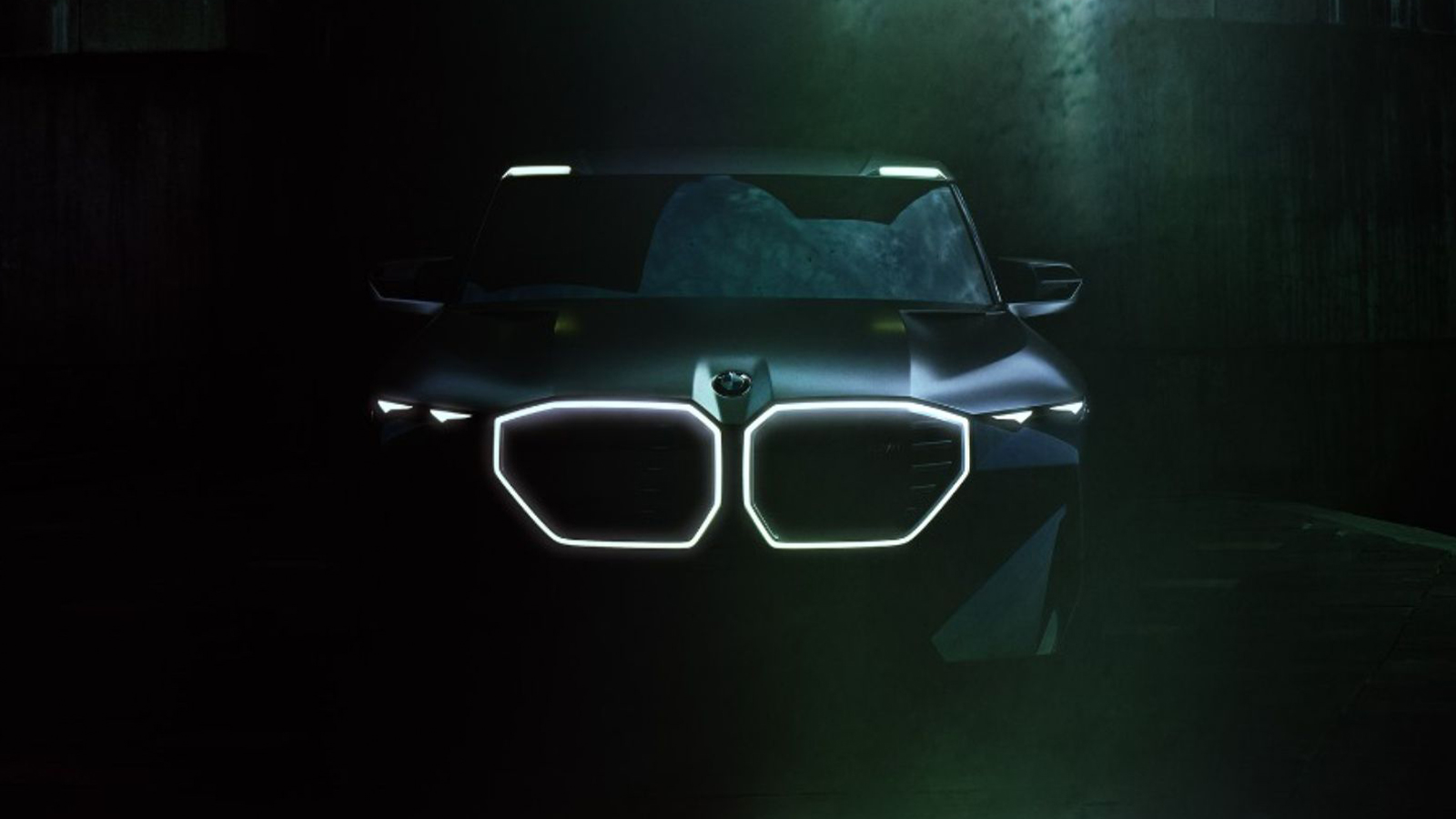 BMW is going to announce a new hybrid-electric high-performance concept vehicle on November 29th called the Concept XM. Until then, the BMW M page on Facebook has posted a teaser photo to pique our curiosity. As is typical with vehicle teasers, the image doesn’t show much and instead highlights one or two key details. In this case, the teaser focused on the BMW Concept XM illuminated front end.

The first thing you see is Concept XM’s enlarged kidney grille. This front grille looks like it wants to swallow plankton in the ocean. Next, a pair of slim rectangular LED lights are mounted on the roof, which is a first in BMW production history. The front bumper is hidden by shadows but offers a small glimpse of what appears to be a side vent or air intake typical on M division models. The scale of the vehicle puts it on par with the BMW X7 SUV. There are no details as to what sort of power is being fed to the BMW Concept XM. However, BMW claims it is their most powerful production vehicle ever. Rumors of its drivetrain speculate a combination of hybrid-electric motors and a twin-turbo V8 to produce more than 750-hp. All these rumors and theories will be cleared up in about a week when the BMW Concept XM is unveiled. This concept vehicle is expected to go into production by 2023.