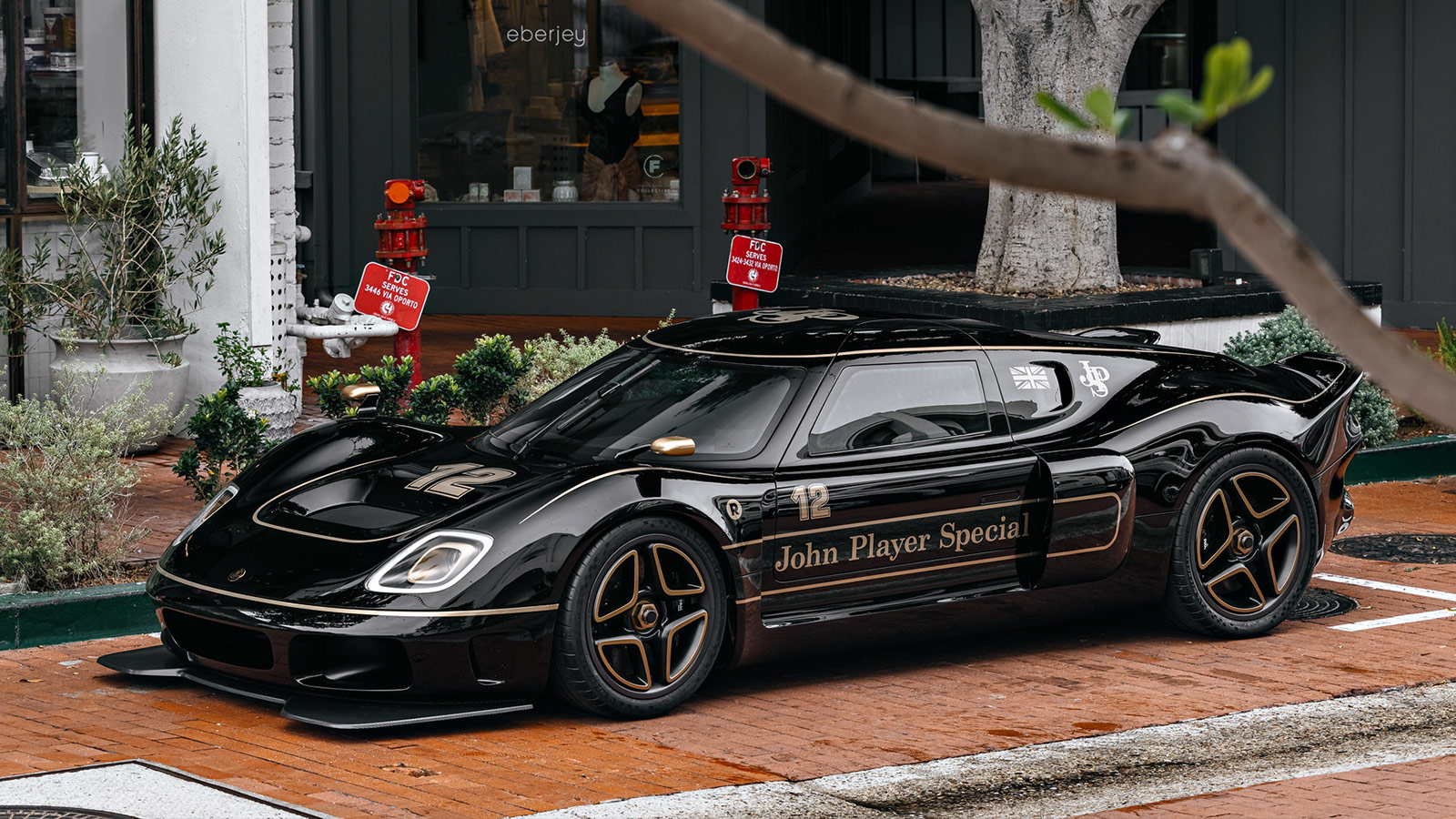 UPDATE: The Radford Type 62-2 interior is just as impressive as the exterior, with carbon fiber accents tastefully decorated throughout the cabin. Details calling back to Lotus’ iconic history in motorsport can be seen everywhere. The instruments feature analog dials, including a beautifully crafted clock and stopwatch made by Bremont Watch Company. The most notable interior feature on Type 62-2 is its fully-exposed gear linkage that allows you to see the mechanism move while shifting and is sure to make driving enthusiasts drool. Modern equipment does include a touchscreen with customizable settings unique to the Radford. Three small screens display the rearview camera since the Type 62-2 does not have a back window. Traditional toggles and switches operate the interior controls. Radford plans to build 62 examples of the Type 62-2. Photos of the interior have not been released yet, but a luxurious GT cabin space is promised. In addition, each trim level will offer a specific livery paying homage to a historic Lotus race car. Pricing has not been announced but considering this is an ultra-low riding, retro-styled, street-legal racer engineered by Lotus, you can bet it will cost a pretty penny.

Earlier in the year, news broke that the famed British coachbuilder firm Radford was coming back. The four-person team responsible for bringing back Radford includes former F1 World Champion Jenson Button, car designer Mark Stubbs, car builder Ant Anstead, and lawyer Roger Behle. Now, the company is based in California and has unveiled the Radford Type 62-2. It is the first sports car to wear the Radford name since the 1960s, and it looks like it through the lens of rose-tinted glasses. Radford Coachbuilders Ltd was founded in 1948 by Harold Radford. The company’s resume includes producing 12 shooting brake variants of the Aston Martin DB5 and the first manufacturer to patent the hatchback and reverse-mounted seats. In the world of motorsport, it was Radford who created the fiberglass bodywork for the Ford GT40 prototype. However, Radford’s specialty was creating bespoke, luxury-trimmed Austin Minis for A-list celebrities like Enzo Ferrari and every member of the Beatles.

Radford collaborated with Lotus Engineering to develop the Type 62-2. In fact, Radford Type 62-2 is based on the 1969 Lotus Type 62 racecar. Mark Stubbs designed the car’s body to channel the look of a 1960s 24 Hours of Le Mans racer with a ducktail spoiler and body curves capable of slipping through the air. Retro lines are mated perfectly with modern LED headlights. This sports car falls into a Superleggera fighting class with a curb weight of 2,205-pounds.

The car’s construction features an aluminum chassis with a carbon-fiber body. The mid-engine powering the Radford Type 62-2 is a Toyota 3.5-liter supercharged V6 producing 430 to 600-hp depending on trim level. Entry models are equipped with a six-speed manual transmission, and higher trim levels receive a seven-speed dual-clutch automatic. Jenson Button is also Radford’s test driver, helping to dial in the Type 62’s race-inspired handling. Keeping the Type 62-2 on the track is four-wheel adjustable dampers, coil-over springs, and the option of steel or carbon-ceramic disc brakes. 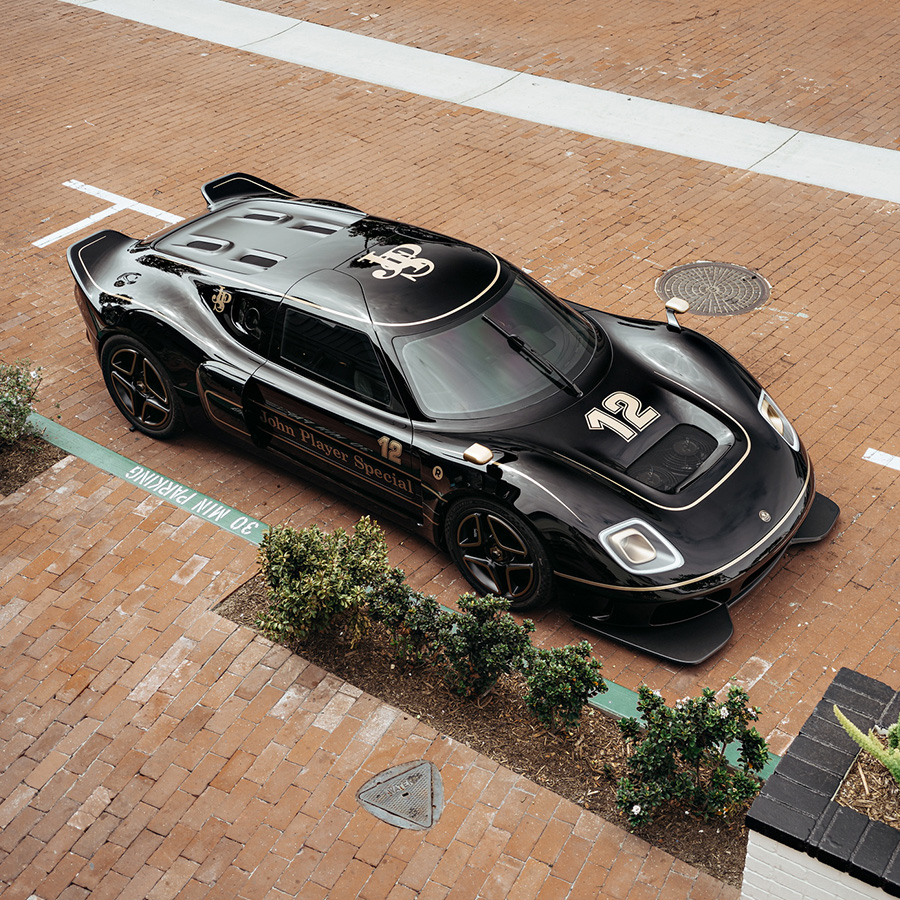