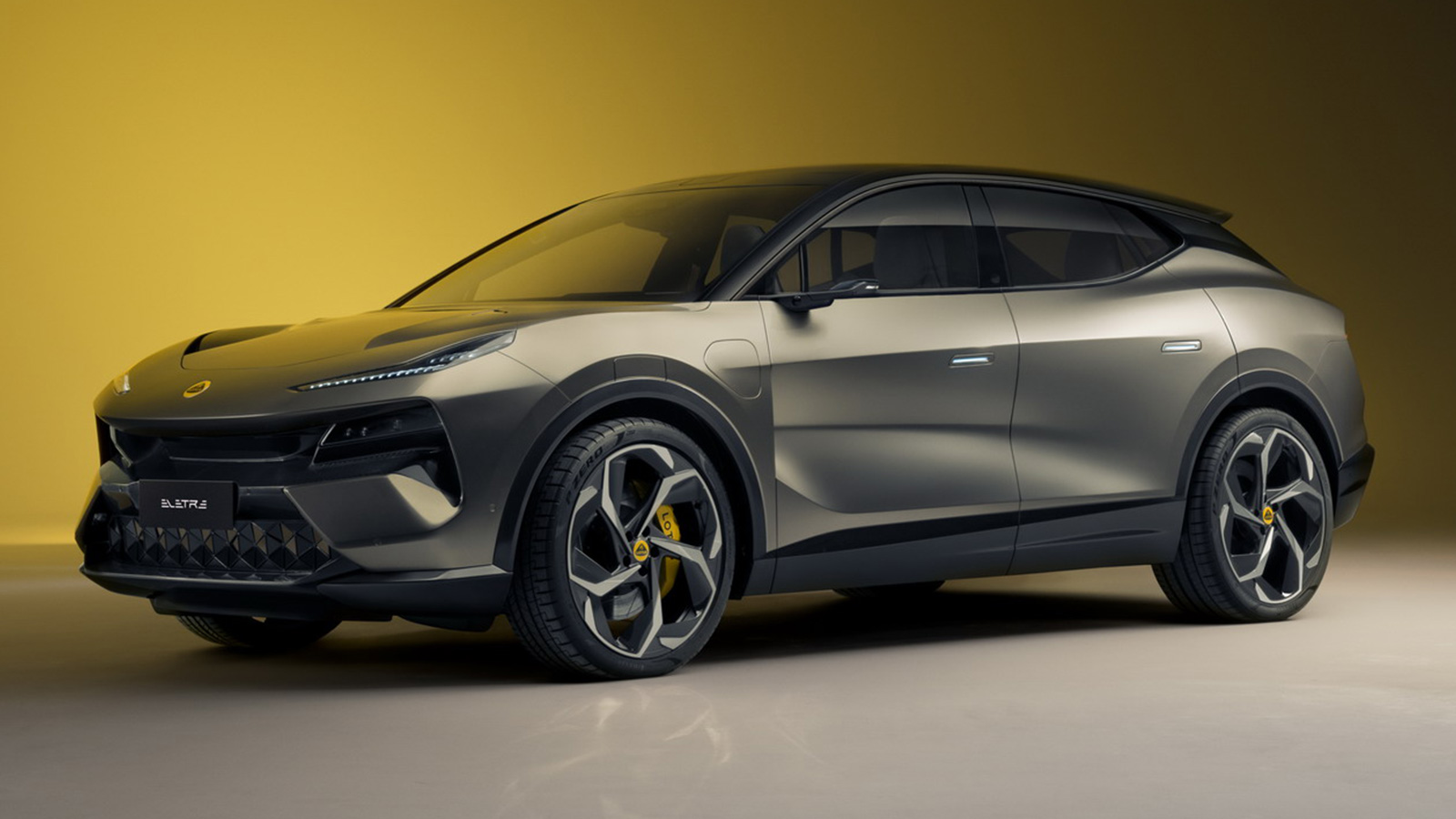 Lotus is a modern-day near-niche car brand. Its reputation is built on motorsport achievements and designing some of the lightest, best-handling sports cars in history. Now, in a new world where SUVs are king and driving as a concept slowly begins a transition from a necessity to a hobby, Lotus decided to adapt – to survive. Its strategic plan is to unveil three “lifestyle EVs” over the next few years, starting with the 2024 Lotus Eletre. Lotus’s new direction starts with its pure-EV platform allowing it to design electric sedans and SUVs at a lower production cost. Moreover, Lotus aims to build EVs to rival Porsche and Tesla with its iconic blend of style and performance. The new Eletre is the first Lotus built at the new Wuhan plant in China. It is also the first four-door Lotus not based on an existing vehicle.

Lotus is usually known for its small size, but the new 2024 Eletre is built to rival the Porsche Cayenne. According to Lotus, the Eletre is longer than the Cayenne but with a lower roofline. The 2024 Lotus Eletre carbon-fiber and aluminum constructed exterior design maintains the status quo similar to other high-performance SUVs. It looks like a sports car that’s been bulked up and given a higher ground clearance. No engine means the SUV features a short hood with a cab-forward stance. In addition, the spoiler on its roof is split into two wing halves which allow for pop-up Lidar sensors to work with the SUV’s autonomous tech.

Details are still slim on what is powering the 2024 Lotus Eletre. However, we know that it is a dual-motor setup with a battery pack larger than 100-kWh. Lotus claims the estimated range to be 373 miles. Other claims on the Eletre include an 800V charging capacity to deliver a full charge in 18 minutes. A 350-kW charger allows the Eletre to store 248 miles of range in 20 minutes. Power figures have not been confirmed, but Lotus plans to offer multiple power outputs with the highest specs reaching the over 600-hp mark and reaching speeds up to 160 mph.

Press photos of the Lotus Eletre’s interior show an eye-catching steering wheel and a typically sizable 15.1-inch touchscreen in the center. Seating arrangements offer four-passenger bucket seats or two in the front and a three-passenger bench in the rear. More details on the 2024 Lotus Eletre are to come before it reaches dealers in the U.S. sometime in 2023.

If you liked this, check out Lotus’s mystery model that is being teased by the company’s new Advanced Performance Division for Bespoke and Limited Edition Cars.