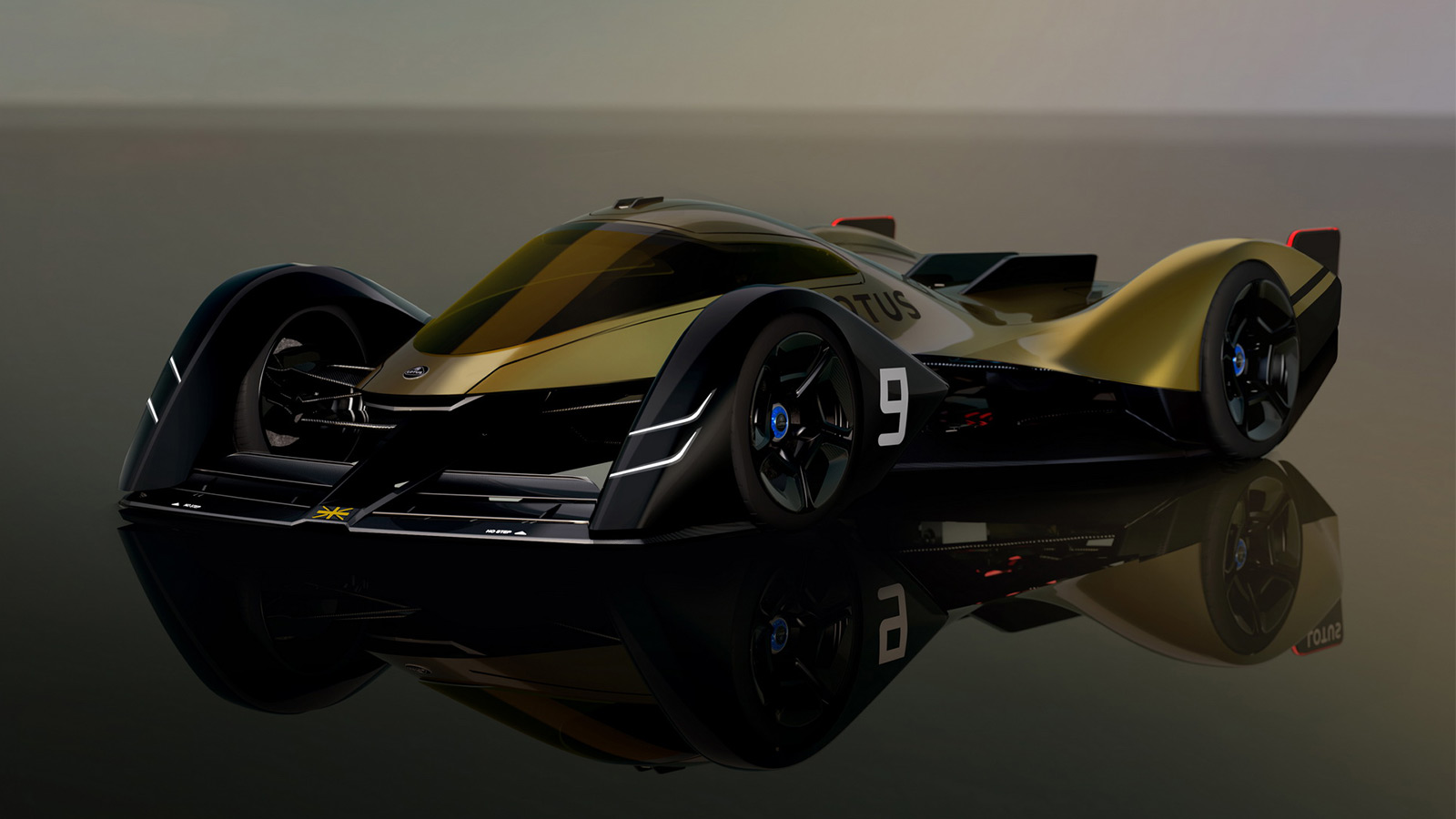 Lotus released a digital rendering of a concept race car set in the year 2030, which sounds like the distant future until you remember it’s only nine years away. This digital rendering isn’t just for kicks. It is an official design study developed by Lotus’ Chief Aerodynamicist, Richard Hill, and his team, including Louis Kerr – the principal platform engineer behind the electric Lotus Evija hypercar. This future racer is named the Lotus E-R9 Concept, and it looks like a stealth bomber jet on wheels.

The design of the Lotus E-R9 concept centers on a delta-wing styled upper body featuring a fighter-jet cockpit mounted at the front. Lotus pointed out several aerodynamic innovations on the E-R9 — most notable are its ‘morphing’ body panels. These panels are mounted vertically across the upper body’s profile. The idea is these morphing panels can alter their shape to improve airflow and be controlled by the driver or automatically via sensor input. Shapeshifting body panels, in theory, will be able to deliver the maximum downforce in the corners and minimize its drag in the straight-aways.

The Lotus E-R9 Concept would be powered by an advanced electric drivetrain powering each wheel independently with torque vectoring. Lotus is banking on the rapid advances in battery technology to meet the E-R9 concept in the near future. The ‘E-R’ in E-R9 stands for Endurance Racer. As a touch of nostalgia, in Lotus’ history of pioneering achievements in motorsport the number 9 pays homage to the Mark IX – the first race car Lotus entered in the 24 Hours of Le Mans in 1955.

For more supercar-related news, check out the Ferrari 308 “The Brawler” Rendering.