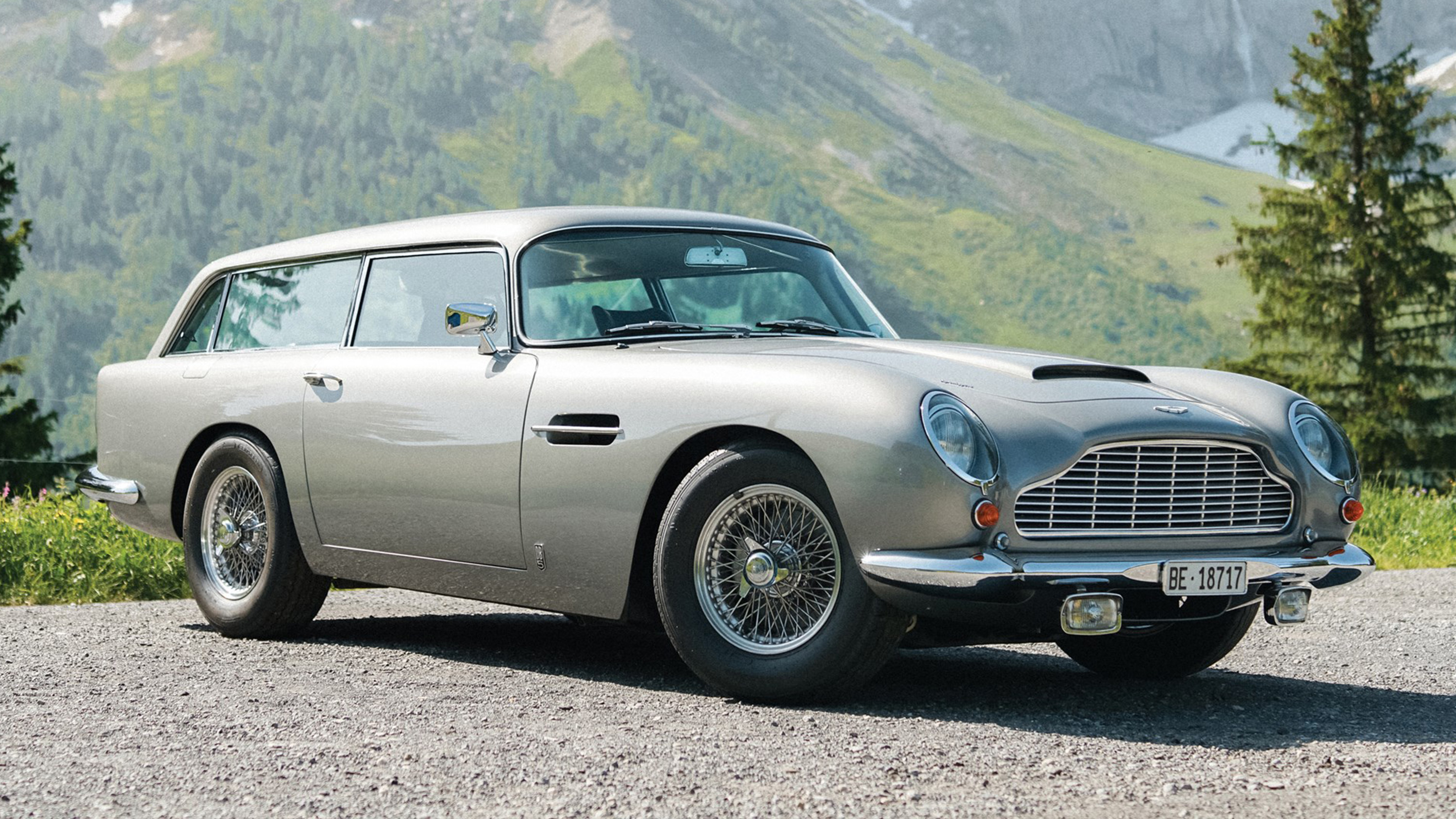 After rescuing Aston Martin from financial ruin in the late 1940s, David Brown took the venerable automotive manufacturer to a whole new level with the introduction of the iconic DB series. By the 1960s, the avid sportsman had grown frustrated that his company produced no vehicles that could accommodate his polo gear and hunting equipment. As legend has it, he brought his hunting dog into an Aston Martin engineering board meeting, dropped the animal on the table, and said, “Build me something for him to sit in.”

The result is the Radford 1965 Aston Martin DB5 Shooting Brake – a car specifically designed for a day of hunting wild game. Aston Martin produced only 12 of these cars and one is rapidly approaching the Sotheby’s auction block. Even rarer, this car is one of just four that was manufactured in left-hand drive. Located in Switzerland since rolling off the Aston Martin assembly line, it has had only three private owners over the past 55 years.