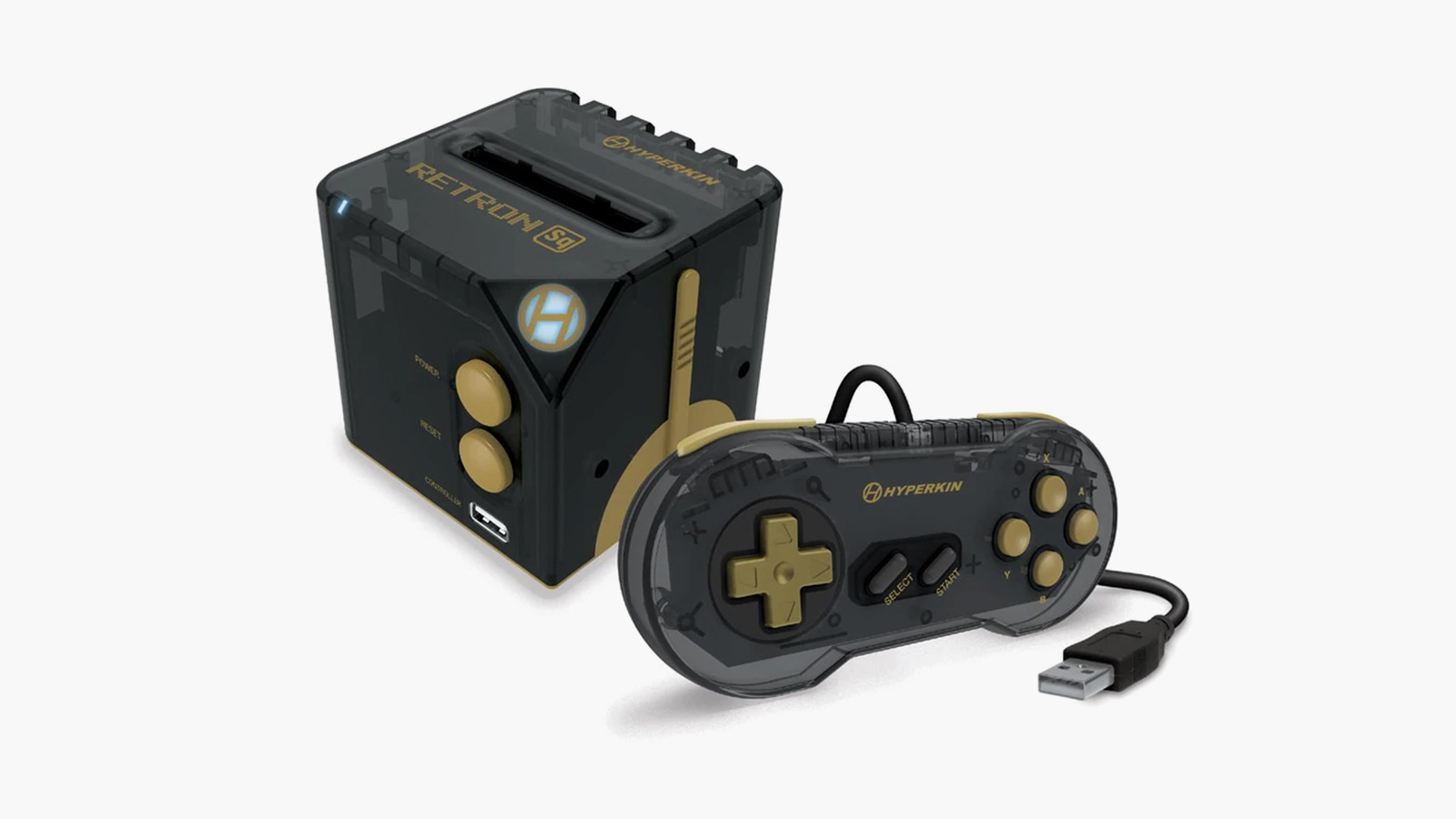 Hyperkin is a company best known for making gaming peripherals, but it also creates clone consoles that play retro games with modern resolutions and on modern devices. Now it is releasing a new retro console, Hyperkin RetroN Sq, that enables users to play Game Boy and Game Boy Color cartridges in HD on their TVs. The Game Boy was one of the first honest-to-goodness handheld consoles of its time, enabling mostly young gamers to spend hours of gaming away from the TV for as long as their AA batteries lasted. Unlike the portable Nintendo Game Boy family, the RetroN Sq, short for “Square,” is meant to be connected to a TV.

Instead of composite video hook-ups, the RetroN Sq connects to a TV via HDMI with games upscaled to 720p resolution; there is also a toggle switch that will allow users to switch the aspect ratio to either 4:3 or 16:9, depending on their preference. With a single wired USB “Scout” controller shaped similar to a SNES controller, the console gives off a GameCube vibe more than a Game Boy. There is also a memory card reader for firmware upgrades, which could be quite regular considering it is noted to run open-source software. The RetroN Sq comes in two colors: Black Gold and Hyper Beach and it will ship on March 25th but can be preordered now.