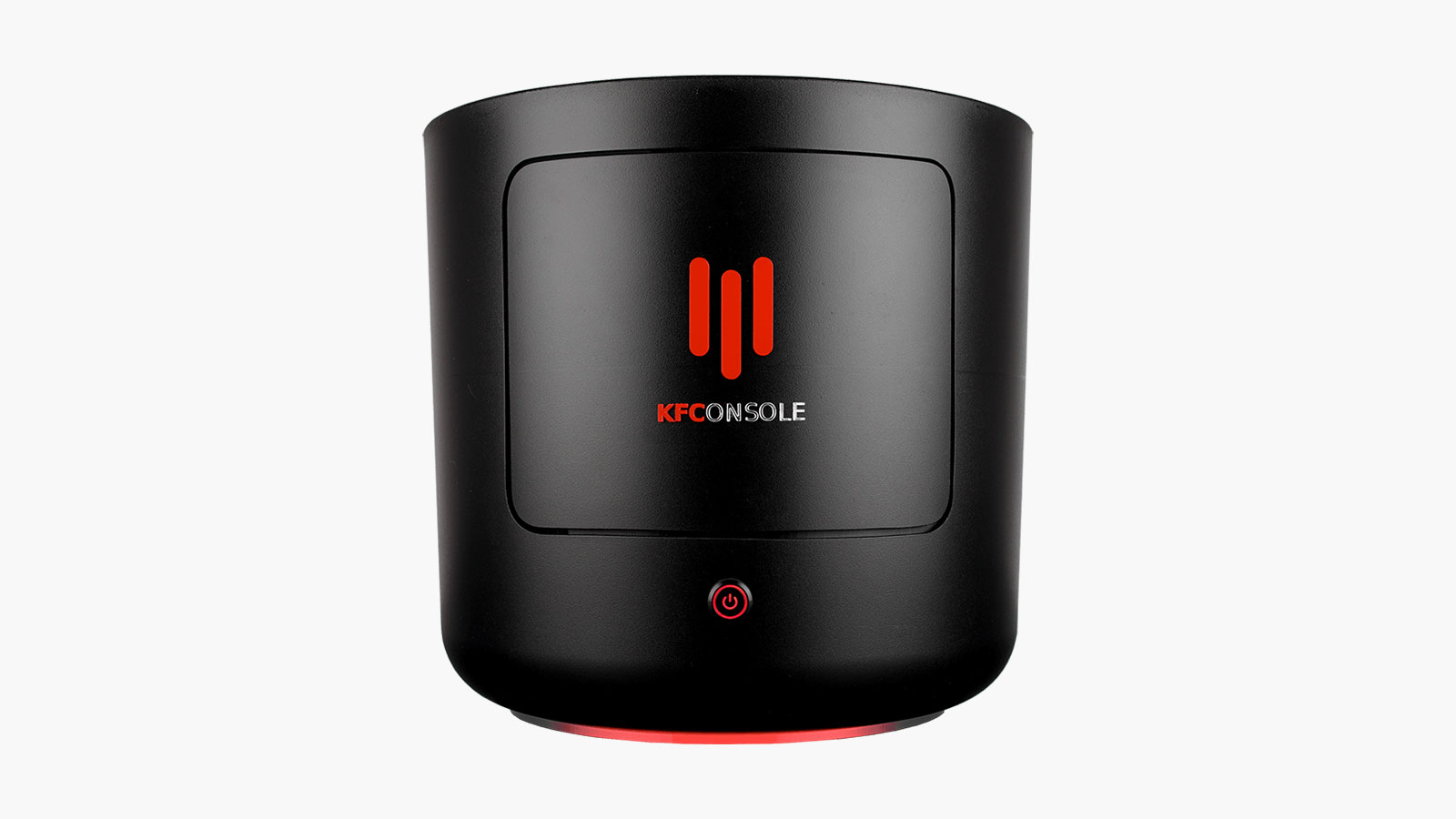 Picture this: A gaming console shaped like KFC’s Bargain Bucket with a chicken warming chamber inside. In what was originally deemed a joke, KFC and Cooler Master just unveiled a brand new gaming console dubbed the KFConsole. When the fast-food company released a teaser video for its gaming console earlier this year, everyone thought it was a clever marketing ploy on KFC’s part. But it now appears that the KFConsole has all of the trappings of a real product.

According to Cooler Master, the bucket-shaped console comes with an Intel Nuc 9, PCIe NVMe, two Seagate BarraCuda 1TB SSD drives, is VR ready, comes with Ray Tracing, 240fps output, and can do 4K gaming. But that’s not all – with its built-in “chicken chamber” that uses the heat from the console to keep your chicken warm while you’re gaming, you’ll never go hungry. What hasn’t been revealed yet is pricing and when the Cooler Master KFConsole will launch, so time will tell if the product transitions from a meme to reality. We can only hope it does!