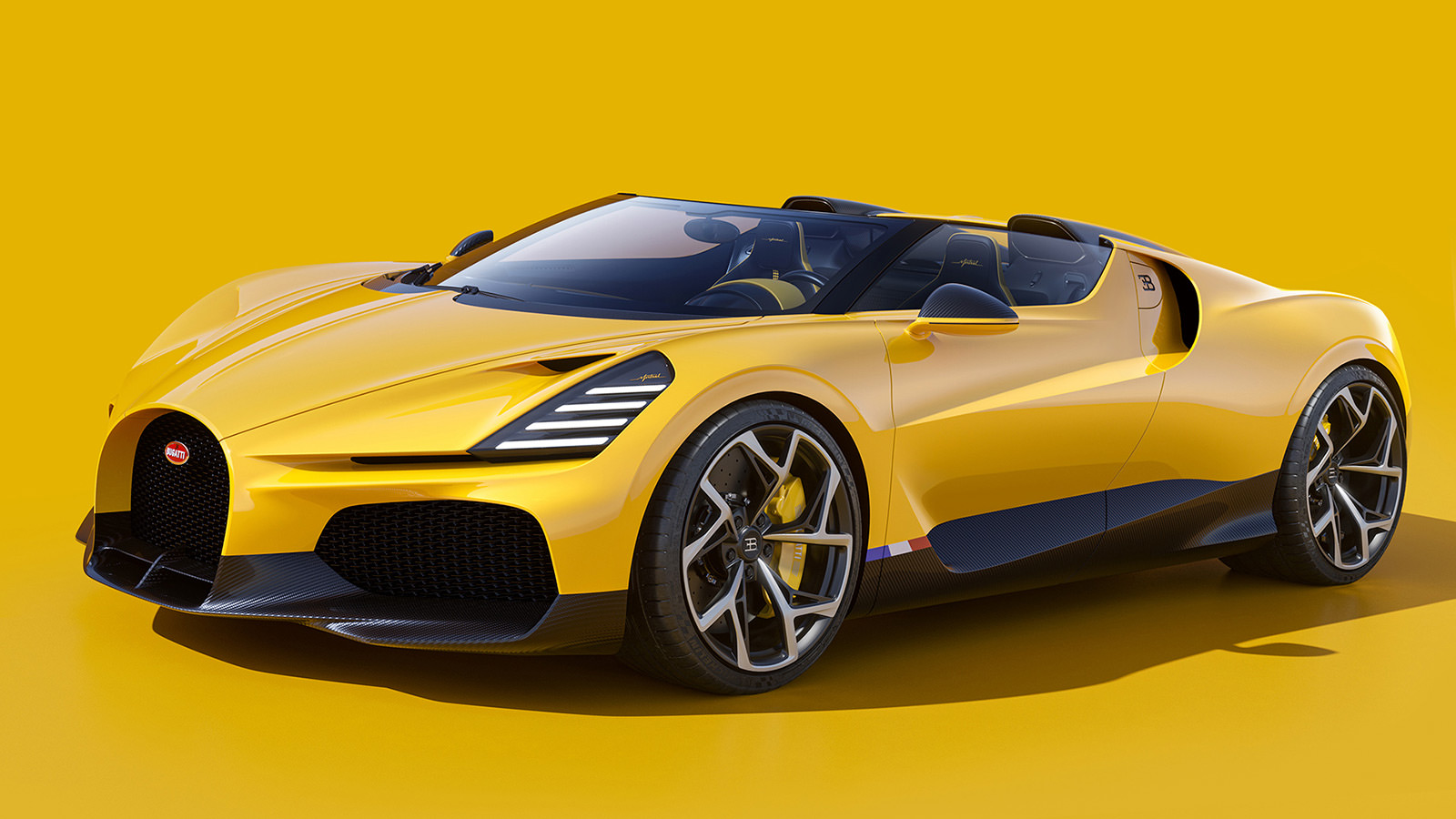 The automotive community tends to stop and listen when Bugatti unveils a new model. It’s a company known for pushing the boundaries in a car’s luxury, performance, and price. Its latest car is no exception. The 2024 Bugatti Mistral aims to be “the fastest roadster in the world.”

Simplified, the Bugatti Mistral is a Chiron minus a roof. However, more importantly, the Mistral hosts Bugatti’s send-off to the famous, speed-hungry quad-turbo W16 engine. It uses the same engine featured in the 300+ mph record-breaking Chiron Super Sport. As a result, the Mistral horsepower rating can be rounded up to 1,600-hp to support its goal of being the fastest roadster in the world.

Bugatti infused the Mistral’s exterior design details inspired by its line of special edition models like the track-only Bolide and one-off Voiture Noire. For example, the car’s front end, featuring the brand’s trademark horseshoe grille, offers a look similar to the Bugatti Divo. The rear of the Mistral features an eye-appealing X-shaped tail light synced at the center by illuminated Bugatti lettering. Below sits a center-mounted quad-tip exhaust.

The Bugatti Mistral’s interior carries over from the Chiron. However, the roadster receives hand-woven leather and rosewood gear shift knob with a Bugatti standing elephant housed in glass. Only 99 examples of the Mistral are being built and sold out within days of being announced. A surprising feat considering the Bugatti Mistral’s $5 million-dollar price tag.

In other automotive news, check out the Bentley Mulliner Batur. 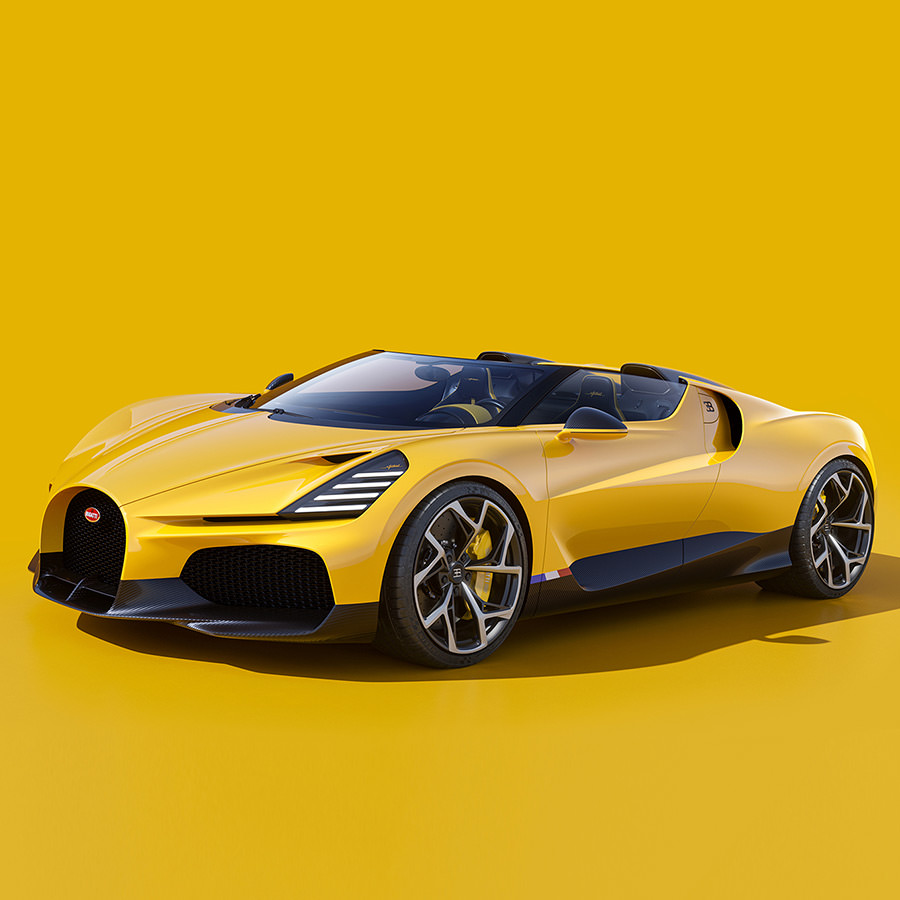