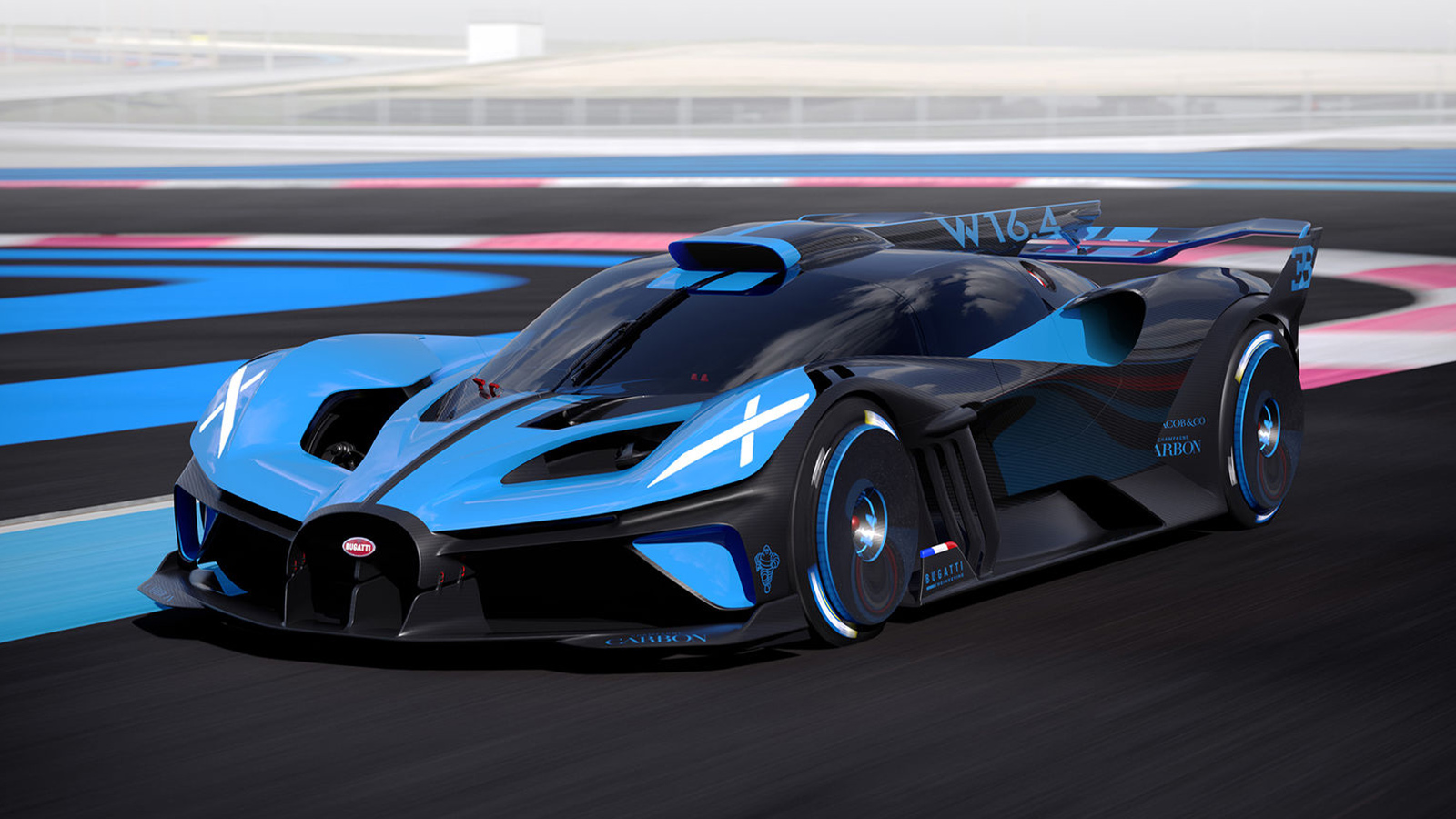 The Bugatti Bolide puts the B in beyond as a track-only hypercar concept that unleashes Bugatti’s full potential without being weighed down by existing variables – both figuratively and literally. This new hypercar is a featherweight chassis mated to Bugatti’s W16 quad-turbocharged engine with the sole intention to blow our minds with numbers. The Bolide’s specifications read like fantasy with 1,825 horsepower, a top speed that fly-bys the 300 mph barrier, and a curb weight of 2,733 pounds – dry. Bugatti states the Bolide can lap the Nurburgring in less than five and half minutes and lap Le Mans in 3:07.

The Bolide concept is a reimagining of Bugatti’s history for making lightweight race cars a century ago. Like the mad engineers they are, the idea to go back to its lightweight roots quickly became a challenge in tuning the W16 to the max and housing it in the lightest chassis possible. The engine’s four turbochargers are brand new to gain that extra 325 hp over the Chiron PurSports’ 1,500 hp output. An air-to-air intercooler and water pre-cooling system helps keep the giant engine from losing its temper. The Bolide features an upgraded oiling system, push-rod suspension, F1 style ceramic brakes, and magnesium wheels designed for high-speed track driving.

The Bugatti Bolide features a roof scoop that changes its physical shape at certain speeds. At high-speed, bubbles begin to form on the roof scoop to reduce drag while channeling airflow to the Bolide’s rear wing. It’ll be hard to mistake the Bolide for another hypercar thanks to its signature “X” pattern headlights. The car looks like an experimental villain’s racer from the classic 60s cartoon Speed Racer. Bugatti has only released the Bolide’s digital renderings, and if it does go into production, this will be a track-only vehicle not intended for street use. But if it does get built, then we are looking at the dawn of the 300 mph hypercars. What’s faster than hyper? It also brings up the question, “Do I need a pilot’s license to drive this?”