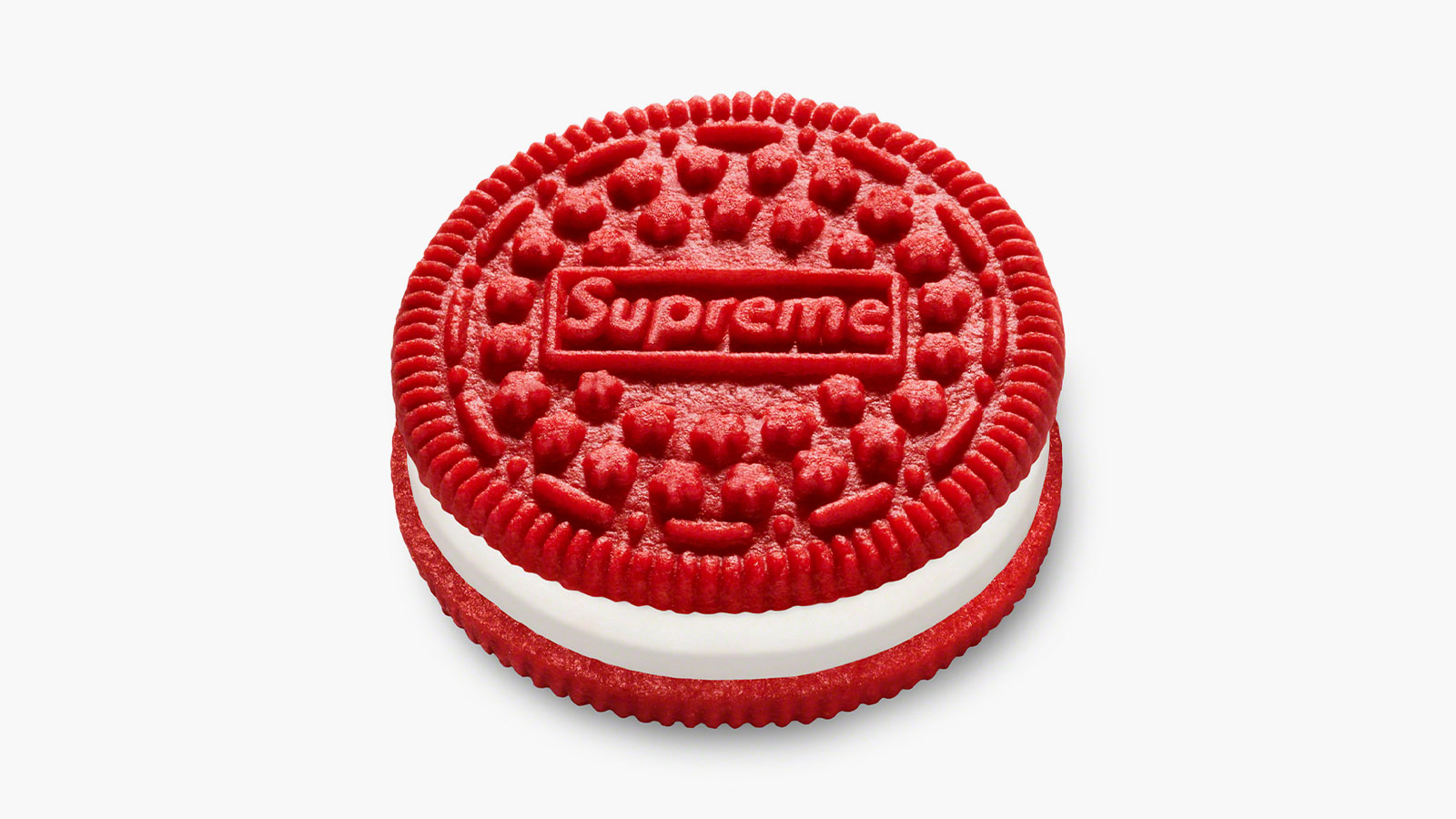 …like you actually need a reason to buy Oreos, right? Obviously not, but at least the Supreme x Oreo Cookie gives you an excuse. They are a limited release, after all. However you end up rationalizing that with yourself, you better hurry to get your hands on these. Supreme’s official tweet accounting the cookie collaboration garnered thousands of likes, comments, and retweets. The cookie part of these Oreos simulates the iconic Supreme logo with the company’s name stamped in its center. That design makes them impossible to miss, meaning they’ll be gone in no time.

The announcement from Supreme was a bit of a cliffhanger though, titled “Coming Soon.” with no definitive date for its release.  Oreo solidified the announcement with a Tweet of its own the following day. However, neither did anything to reveal when the cookies will come to storefronts. So, unless you want to spend $10,000 on the few that have hit eBay before the official release, you’ll have to do some internet investigating to stay on the inside track.