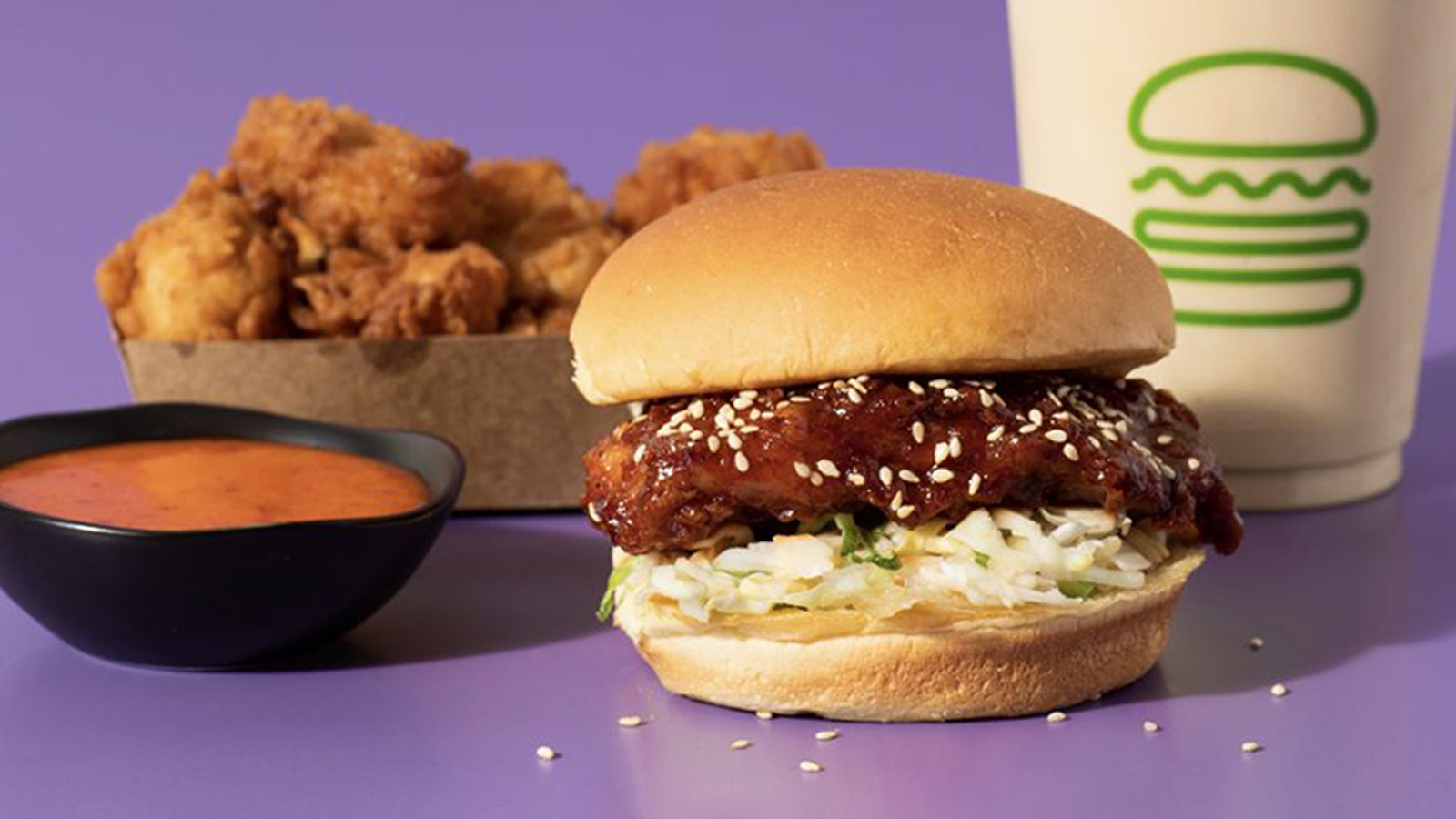 Shake Shack has just stoked the growing fast-food chicken sandwich wars with the launch of a Korean-inspired menu featuring a Korean-style fried Chick’n sandwich. The sandwich is made with a crispy chicken breast that is glazed with a Gochujang sauce, a spicy, savory, and sweet red chili paste that is a staple of Korean cuisine. Resting on a bed of white Kimchi slaw, the fried chicken is then topped with toasted sesame seeds. But that’s not all – the accompanying Shake Shack menu items also include Korean Gochujang Chick’n Bites, Korean Gochujang Fries (which come with a side of Gochujang mayo sauce for dipping), and a Black Sugar Vanilla Shake.

This menu concept was inspired by the Shake Shack culinary team’s trip to South Korea last year, where they were urged to try the food at a Korean Fried Chicken joint. The team was so impressed that Shake Shack introduced the Shake Shack Gochujang Chicken Shack to its locations in the South Korean market in September of last year. We now have the good fortune to sample this Korean-inspired menu at all Shake Shack locations across the U.S. Keep in mind, however, that these items are available for a limited time only through April 5th.