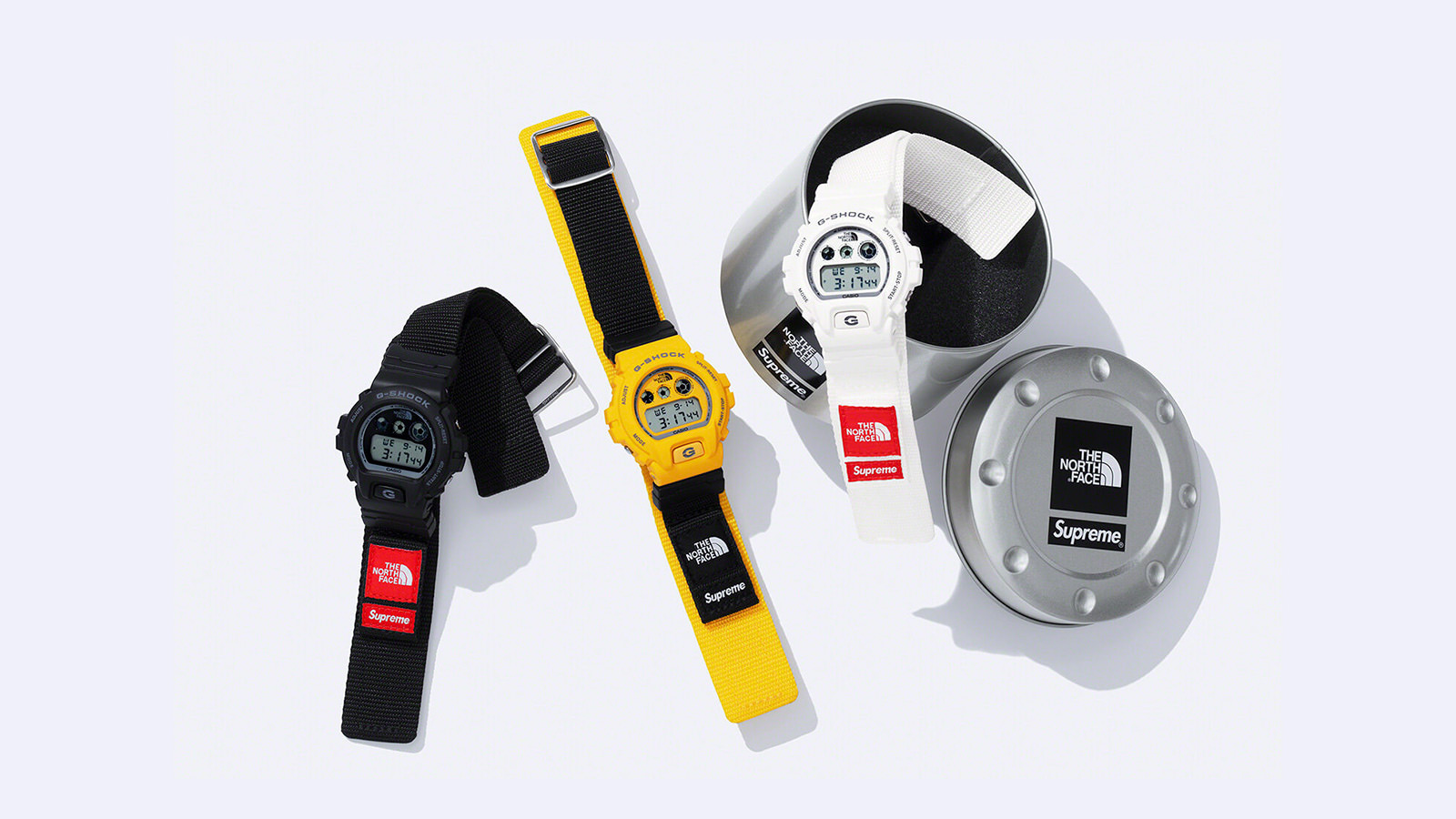 New York City-based streetwear brand Supreme and the legendary outdoors company The North Face will reveal their most recent collaboration on Black Friday this year. The two iconic American brands combined forces to create three colorways of a collaborative Casio G-Shock DW-6900 watch. The watch, available in black, white, and yellow, has an outdoors-ready Velcro and nylon band featuring the unmistakable Supreme and North Face logos. Another North Face logo is on the watch face, and the electro-luminescent backlight illuminates the Supreme logo when activated. It’s evident both brands played integral roles in the watch’s design.

The Supreme x The North Face x G-Shock DW-6900 is a 200-meter water-resistant watch that’s rugged enough for the outdoors and fashionable enough for the street. It features a 1/100-second stopwatch, a countdown timer, a full auto-calendar, an electro-luminescent backlight, and several other utilitarian features.

The watch is part of an entire 2022 collaborative collection by The North Face and Supreme. The collab includes a Taped Seam Shell Jacket with a transparent watch window compatible with the Supreme x The North Face x G-Shock DW-6900 watch. All pieces of the collection, including the watch and its compatible jacket, will be available starting on November 25.