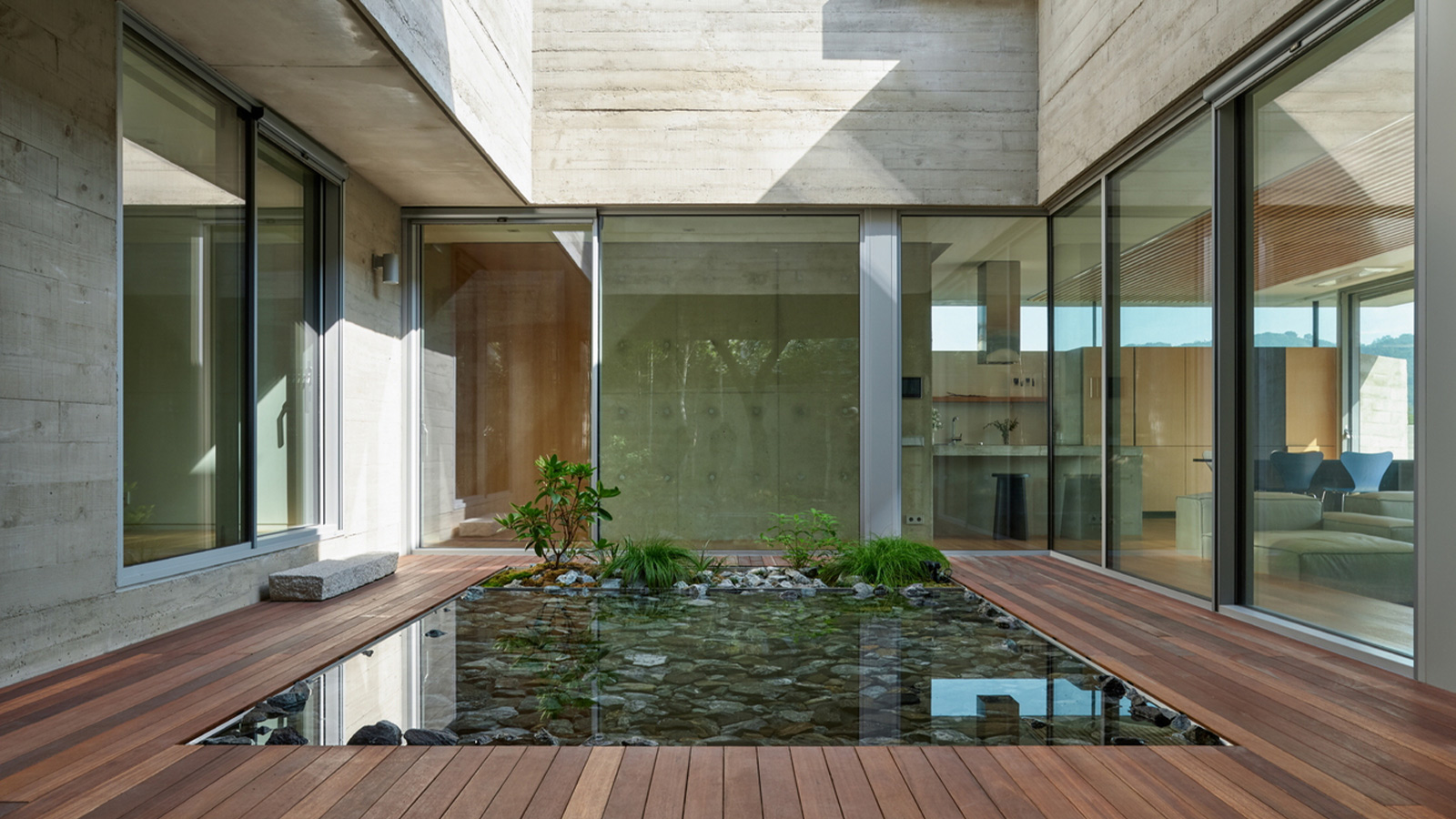 Due to the high cost of land in Seoul, South Korea, local architects have become quite inventive and facile at designing structures that conform well to the small parcels available in the densely populated capital. The Doo Jip House developed by the architectural firm, Archihood WxY, is a testament to the creativity of the designers. The site for the Doo Jip House is located in Buam-dong, a picturesque neighborhood in Seoul, on a hillside overlooking the city. Given that two families, the parents and their son and his spouse, would be living in the house, the challenge the architects faced was to successfully blend the lifestyles of the two families into one shared 3,500 square foot house. According to the architects, it was necessary to create a “very ambiguous boundary” that maintained a certain amount of privacy between the families, while not completely separating them.

This was accomplished by developing the first floor as the space the parents would occupy. In addition to the living and sleeping areas, a terrace and garden were designed for the parents’ sole use. A courtyard was established in the center of the first floor which contains a water garden where the families can relax. This space opens up to the second floor where the son and his spouse reside and it serves to also permit the families to communicate with each other while maintaining two divided areas. Like the first floor, the second floor consists of living and sleeping areas. To take advantage of the surrounding mountain views, a terrace with a garden was built on the roof of the first floor for the benefit of the son and his spouse. With an abundance of windows and skylights used throughout the residence, natural light and beautiful views are added benefits of the home.

Blending the lifestyles of two families into one shared house is far from easy. It appears, however, that the Doo Jip House has achieved the “very ambiguous boundary” to make this experiment a success.