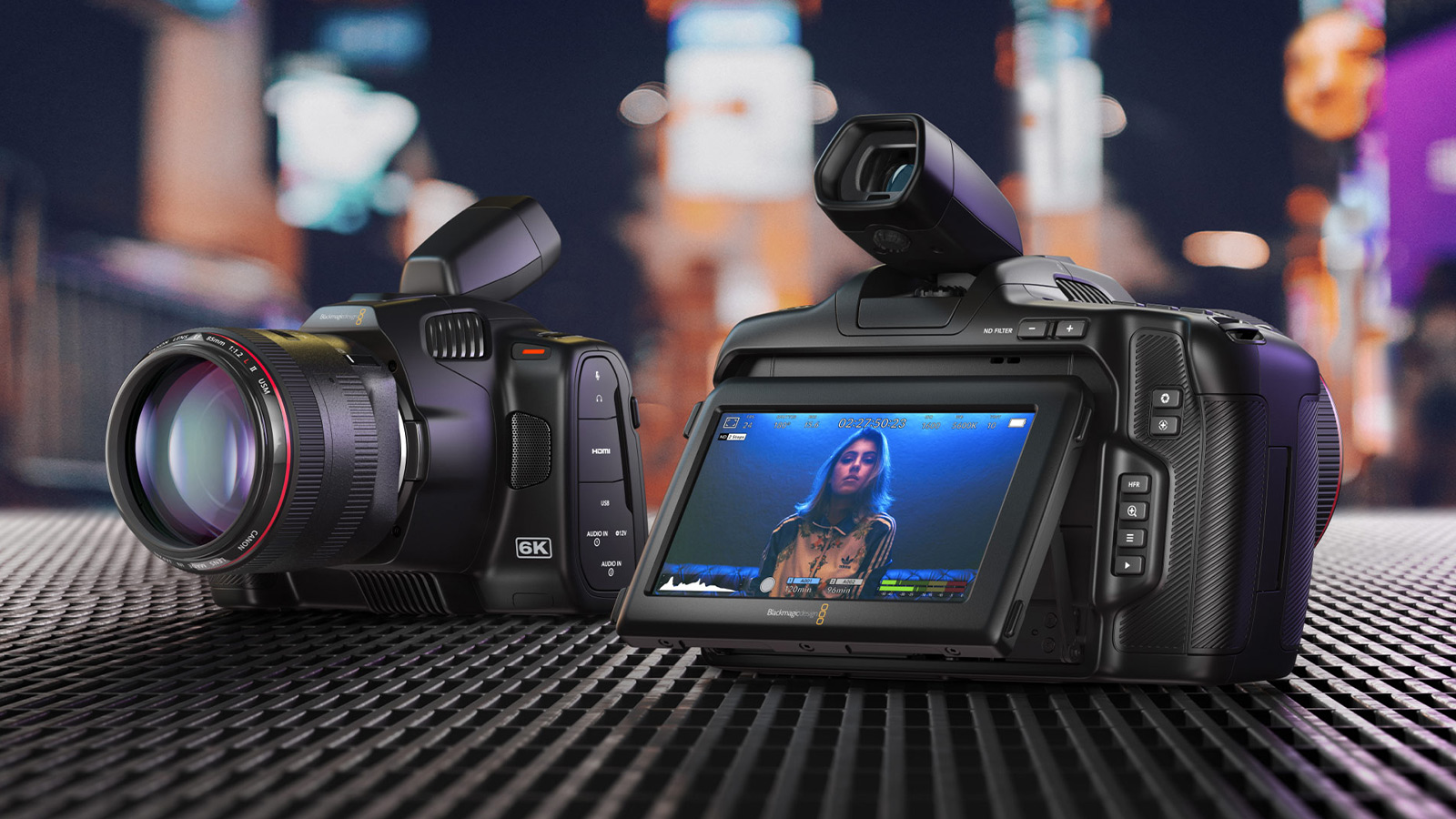 As a follow-on to its Pocket Cinema Camera 6K, Blackmagic has announced the release of the Pocket Cinema Camera 6K Pro with a new HDR rear display. This new display now tilts, instead of being locked in place, and tops out at an impressive 1,500 nits of brightness. Aside from the new display, the Blackmagic 6K Pro also comes with a new built-in IR ND filter to help users better control their footage’s exposure, with the camera able to block 2, 4, or 6 stops of light. And to help to ensure the camera does not run out of battery power, the 6K Pro now supports larger NP-570 batteries, with Blackmagic having also made an optional Battery Pro Grip that can hold another two NP-F570 batteries, delivering up to 3 hours of recording time.

Otherwise, the Blackmagic 6K Pro is essentially the same as the previous model, with the camera’s dual native ISO 6K sensor still offering up to 13 stops of dynamic range, a 25,600 max ISO, and 6K/60 fps video recording (or 120 fps at 2K). Port selection also remains unchanged, with the 6K Pro featuring USB-C, a full-size HDMI port, dual mini XLR ports, and separate headphone and mic jacks. While not part of the 6K Pro package, Blackmagic also offers a 3.68 million dot OLED EVF (Fujifilm GFX100 – IMBOLDN) that can tilt up and down up to 70 degrees.

For more news on cameras, check out Photogram AI’s The Alice AI Camera.