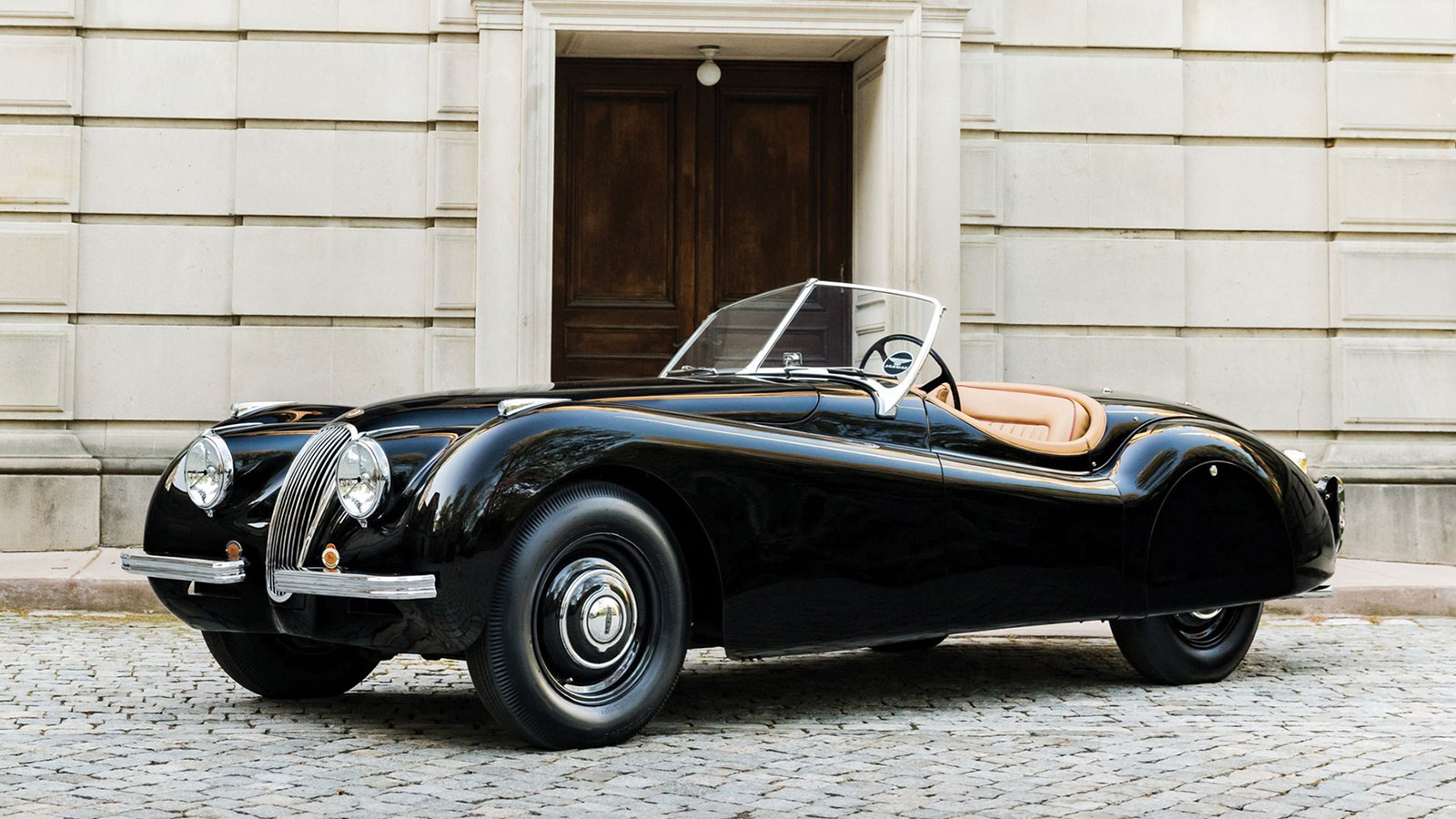 This 1950 Jaguar XK 120 Roadster is rare because it’s an early example of a famed model built with a steel body. Through a painstakingly accurate and precisely documented restoration that spanned multiple years beginning in 2007, this classic retains its original body, engine, and transmission.

Finished in black with a black convertible top, this roadster features a biscuit interior accentuated by red piping. Once it was completely restored, it became an award-winning sensation. In 2016, it won both the AACA First Junior and Senior awards. The following year, the roadster continued to rack up the wins achieving two 100-point scores at Susquehanna Valley and Delaware Valley Jaguar Club Concours events. It also took the Best in Show at the Delaware Valley event. That same year, the car was ranked 2nd in Class with a 99.943 score overall in the JCNA National standings. In 2018, it captured the coveted AACA First Grand National award.