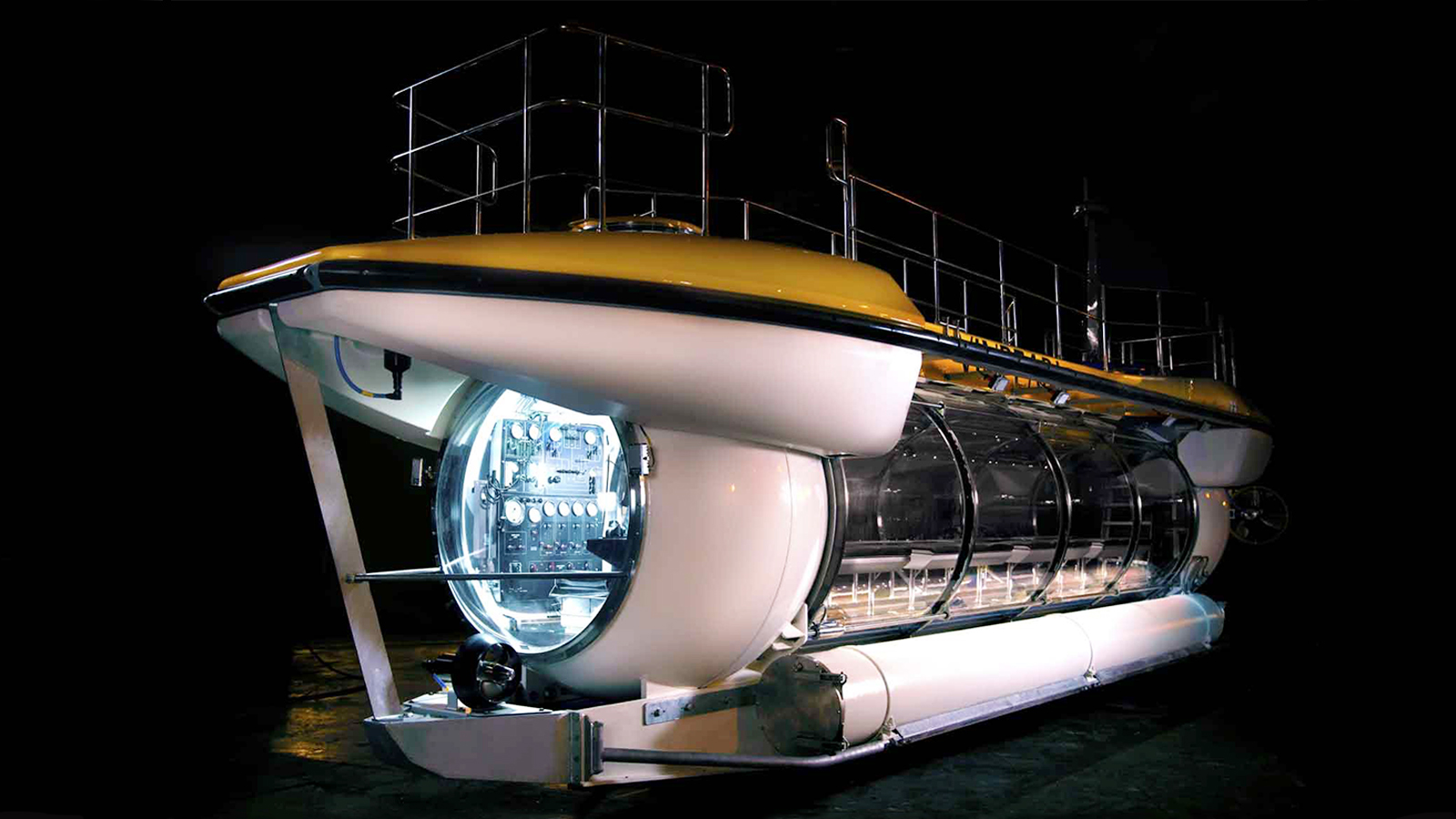 Some of us look to the stars to envision an adventure into unchartered territory while others look to the open sea. Since man found the coast, an urge to explore those watery depths has pulsed through the veins of each generation. From the age of exploration to Jacques Cousteau’s development of the Aqua-Lung, that curiosity has taken man from ship to submarine in advancing that exploration into the depths of the oceans. Triton Subs has been a harbinger of that relentless sense of adventure by pioneering the world’s most technologically advanced commercial submarines. The Triton DeepView 24 serves as its magnum opus.

Triton’s latest submarine was built to push the limits of underwater exploration. The DeepView 24 is engineered with a DSV Limiting Factor to handle the unrivaled pressure from the depths of the Mariana Trench of up to 328 feet. Inside, the submarine comfortably sits 24 passengers along with a pilot and co-pilot in an air-conditioned cabin. 5.5-inch-thick acrylic windows act as the centrifuge of the submarine, creating a transparent cylinder that opens passengers’ eyes to a whole new world waiting to be discovered.

240 kWh lead-acid battery fuel exploration for up to 14 hours. Dual main thrusters are enhanced by another 4 which turn out 27 and 17 hp respectively, powering the submarine up to 3 knots. With ten 20,000-lumen LED lights at its disposal, the DeepView 24 is a revelation in underwater exploration.