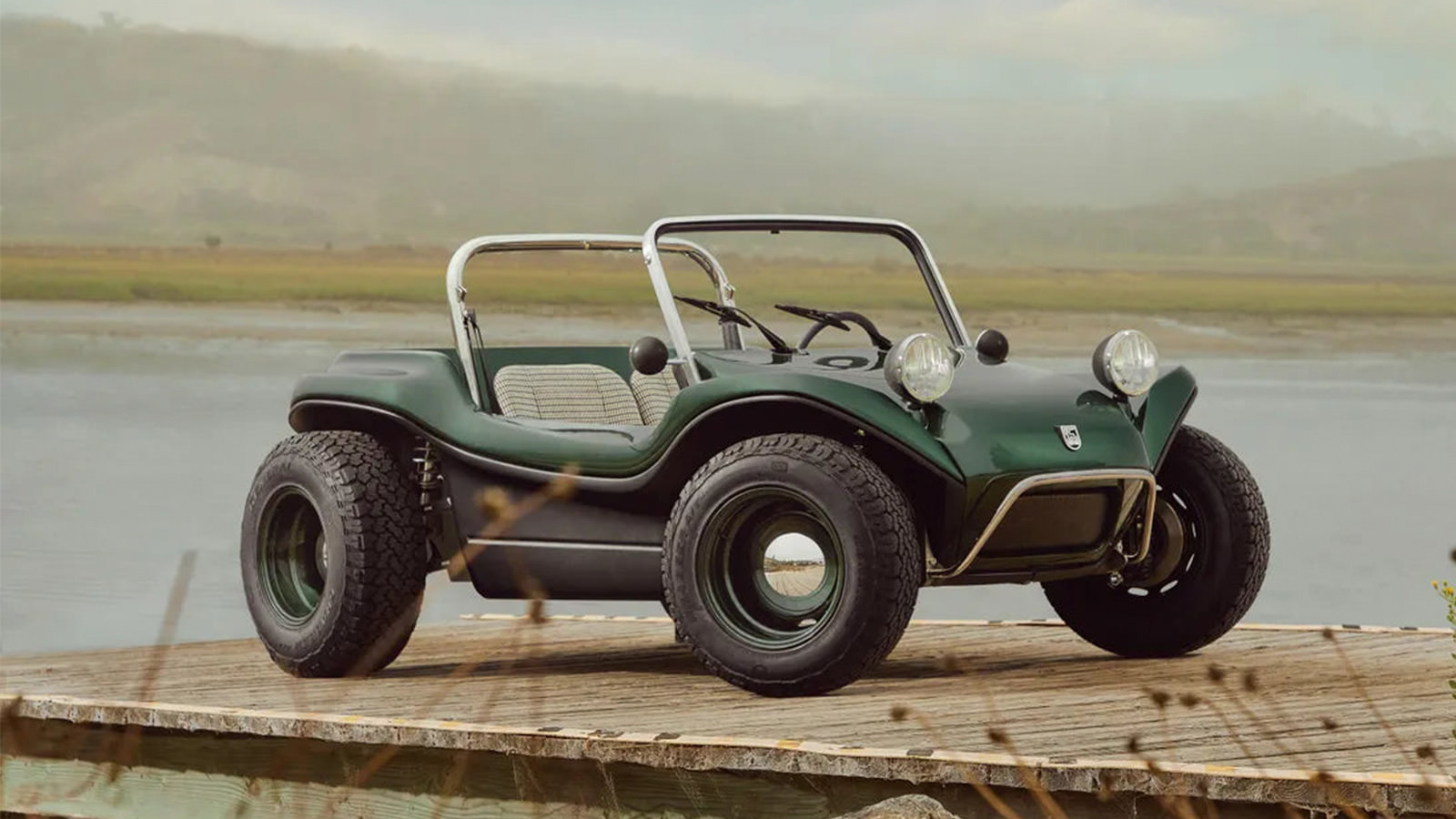 The original Meyers Manx dune buggy embodied fun in the sun when it debuted in 1964. Now, the Meyers Manx company has unveiled the next evolution of the dune buggy with the Manx 2.0 Electric. It keeps its famous silhouette but ditches the air-cooled Volkswagen engine for battery power.

The Manx 2.0 is the first vehicle produced by the company since Bruce Meyer’s passing in 2021. This new buggy is refined with an enclosed rear section to cool the electric motors better. Its power source comes from a 40-kWh battery pack or an optional smaller 20-kWh battery pack. In addition, the electric buggy features independent rear suspension and regenerative braking.

The company claims the Manx 2.0 Electric achieves 300 miles of range with the 40-kWh battery and 150 miles with the 20-kWh. At its heaviest spec, the electric dune buggy tips the scales at 1,650 pounds. Full specs of the vehicle have not been released yet. However, the 40-kWh battery pack option sends juice to two motors to produce 202-hp and 240 lb.-ft of torque. This translates to a dune buggy that sprints from zero to 60 in 4.5 seconds. Meyers Manx announced 50 electric buggies as the first batch for 2023. Future plans for the Manx 2.0 include adding air conditioning, heating, and a smart digital screen. 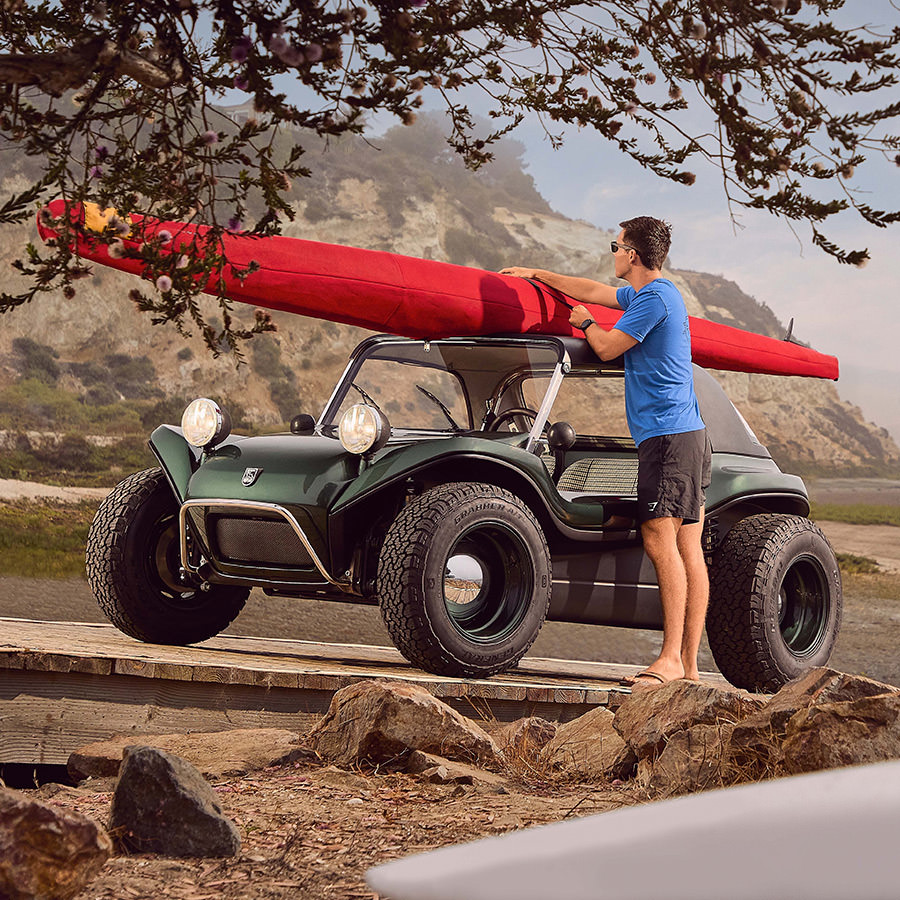