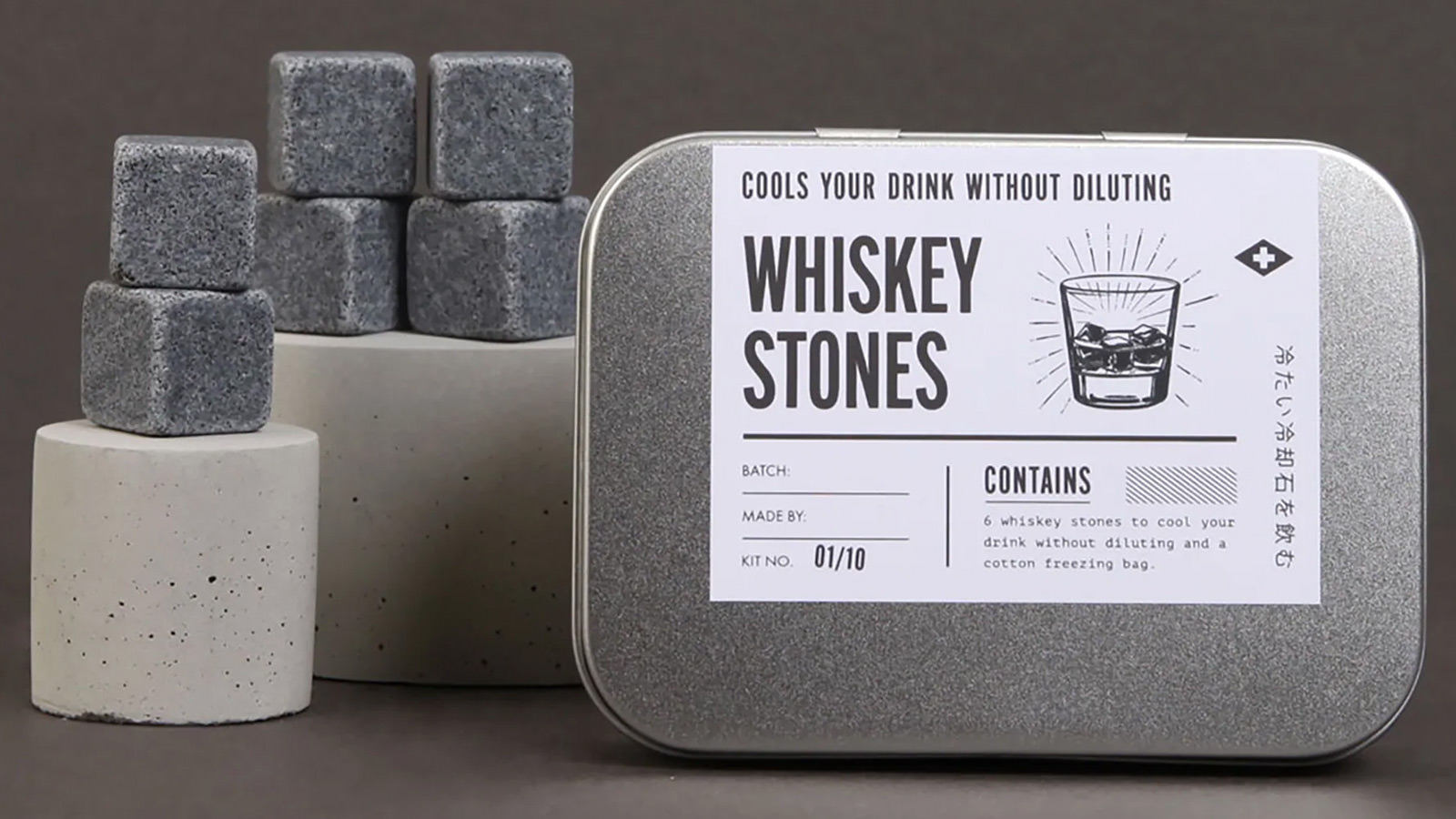 The Whiskey Cooling Stones from Men’s Society serve as a handsome addition to any man’s home bar collection. These are made to work hard without detracting from the drink in which they’re used. Gorgeously crafted with just the right amount of worn edges on the sides and corners, making them look as if they’ve seen some action in their day. These whiskey stones add a little bit of “rugged” to every whiskey pour. Each container has a set of six whiskey stones, uniform in size.

The container is a hinged aluminum case that’s suitable for gift-giving, but that’s not the best part. The best part is the enclosed, reusable drawstring bag. The attractive cotton bag keeps the whiskey stones corralled while they get their chill on in the freezer until it’s time for action. No need for the whiskey stones to tumble around loose in the freezer. They only tumble inside the glass while the whiskey—or another favorite spirit—swirls heavenly around them. The concept of whiskey stones dates back to the 20th century when Scottish whiskey lovers sought a way to chill their whiskey without diluting it with ice. Today, whiskey stones like the Men’s Society Whiskey Cooling Stones provide a sophisticated way to enjoy fine whiskey in its purest form, without having the drink watered down with ice.