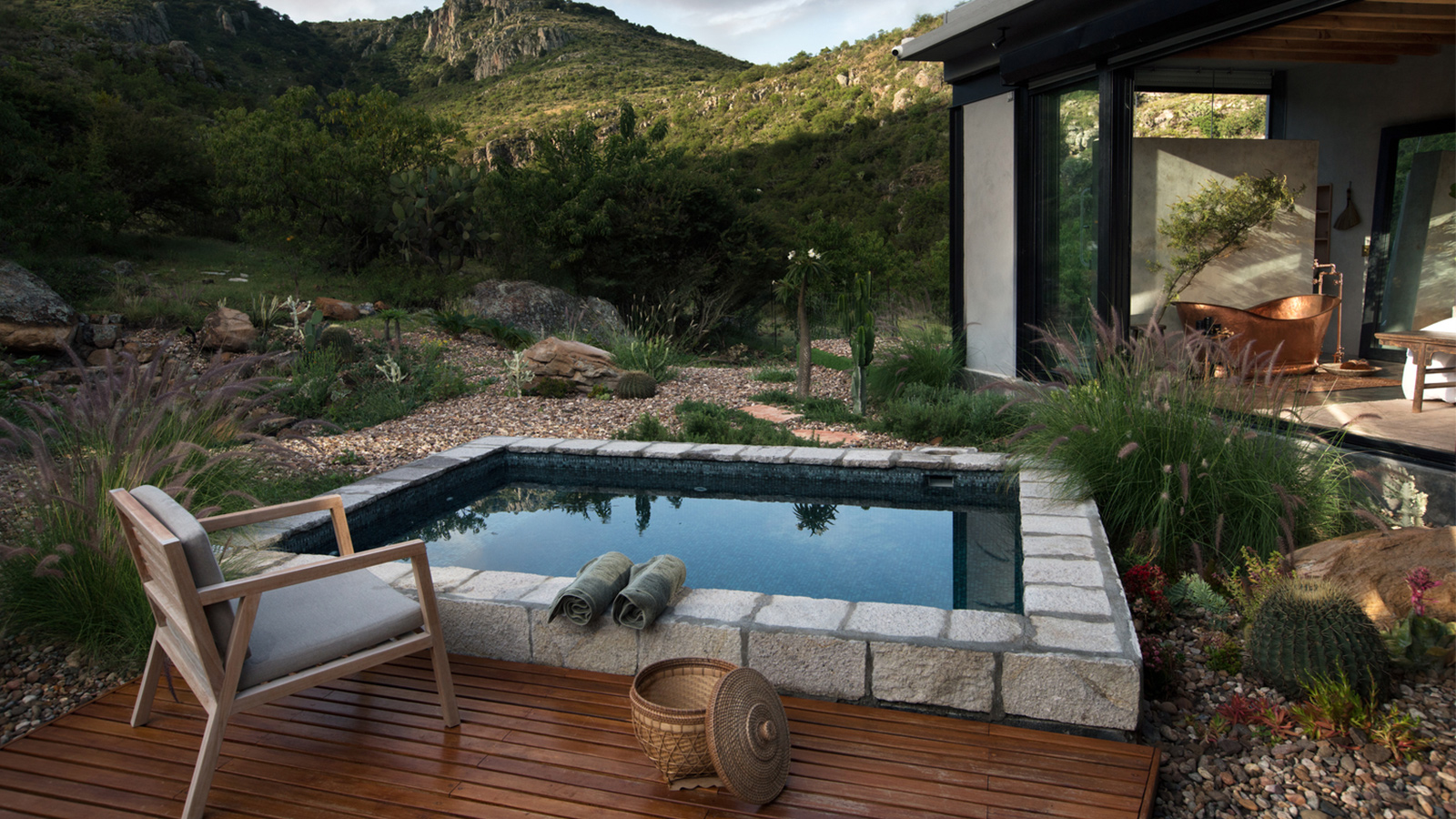 Etérea House is nestled into the slopes of an extinct volcano in the Los Picachos highlands, near the Mexican city of San Miguel de Allende. Surrounded by nearly 25,000 acres of rugged, unspoiled nature, the house was designed and built by self-styled architect, Prashant Ashoka. The architect explained his intention in building Etérea House by stating, “The central idea was to build a space in nature that would stir a sense of wonder and encourage dreaming — a secluded hideaway that would hopefully be a place of reflection and metamorphosis for those who stay.” Solar panels and harvested rainwater power this mirrored home, which was designed to be self-sufficient and in harmony with its surroundings.

The structure of the 807 square foot mirrored house was made from local materials, in line with Ashoka’s aim to design the retreat as if it were “birthed from the mountainside itself,” Its foundations are formed from volcanic rocks collected on-site and its walls from bricks that were made locally and finished with micro-cement, before being clad in mirrors. With the aim of leaving the surrounding nature largely undisturbed, a patterned, ultraviolet coating was applied to the mirrors, marking the structure out for passing birds to prevent collisions while remaining invisible to humans. Ashoka purposely positioned the house to take in full morning light up until noon, with the sun naturally heating the space. This heat is then trapped by double-glazed, insulated glass sliding doors, keeping the temperature regulated throughout the day.

The open-plan interior of Etérea House is comprised of a central living space, bedroom, and a small kitchen. Floor-to-ceiling sliding glass doors frame vistas of towering cliffs, while opening to connect with a decked patio and pool area shaded by olive and pomegranate trees. The interior, with its exposed ceiling beams, boasts natural, tactile finishes of stone, wood, jute, and leather. For privacy and security, remote-controlled outdoor PVC shutters were added throughout.

For another intriguing home, check out Manor Klugu-Muizha.