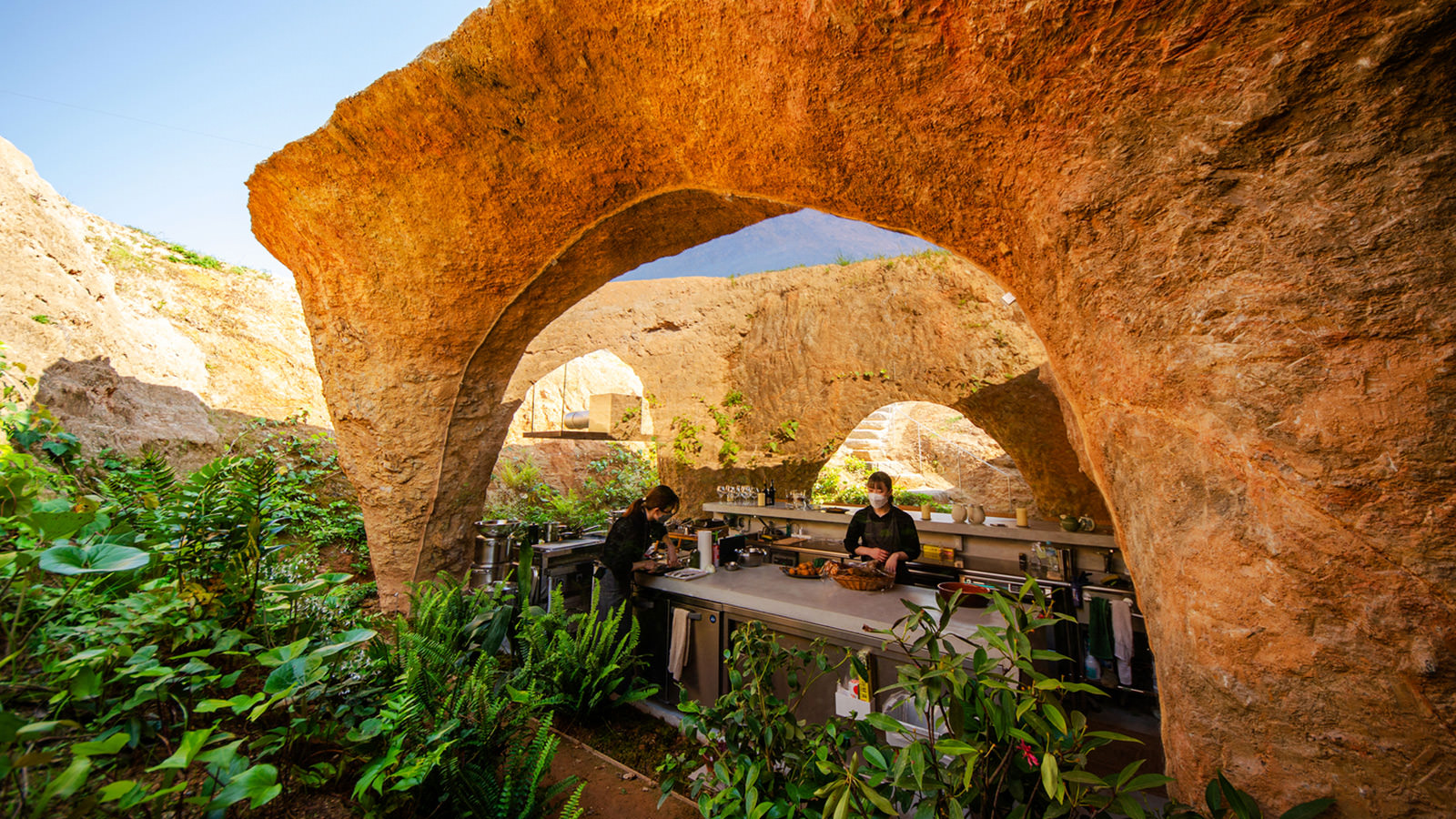 Japanese architect Ishigami founded his eponymous studio Junya Ishigami + Associates in 2006 after working for four years at the Pritzker Architecture Prize-winning studio SANAA. In 2013, Ishigami began the planning and design of House & Restaurant, a residence and restaurant for Japanese Chef Motonori Hirata, an old friend of the architect’s. Located in the city of Ube, Yamaguchi Prefecture, the structure was completed this year. While the structure is only 2,900 square feet, the project has taken the better part of nine years – three for the design phase and six for the actual construction.

To say that House & Restaurant pushes the boundaries of architecture (in a good way) is an understatement. Nine years ago, Chef Hirata asked Ishigami to design a building as “heavy” as possible. “I want an architecture whose heaviness would increase with time,” he said. “It cannot be artificially smooth but rather something with the roughness of nature. Authentic cuisines require such a place.” He also told the architect that “it has to look as if it has been there and will continue to be there for the longest time.” Hirata longed to create both an intimate restaurant and a home for his family. The end result fulfills both goals.

House & Restaurant comprises a maze of cavernous spaces separated by arched openings and stalagmite-like columns, all crafted from concrete that is covered in mud. Acting like a mold, concrete was poured into holes that had been dug in the ground. In turn, the structure took on the curves and imperfections of the excavated site. The surrounding soil was then removed to reveal its unusual form. Originally, the mud that was on the concrete was to be washed off, but after the architect saw the effect of the mud, he decided to leave it as a surface covering. The mud was then hardened using a Japanese method of repairing earthen walls.

The restaurant, located on the north end of the site, seats five at the main counter, while 12 small tables are scattered throughout the large subterranean interior. Separating the restaurant and the private residence are three small courtyards, but a passageway through the central courtyard makes it possible to move seamlessly between the two. The similarly cave-like house has two bedrooms, and a large open space with a dining table and a sunken living area. The area also has a small kitchen that has also been lowered and the counter and sink are made out of polished poured concrete. When the restaurant is closed, the dining area doubles as a spacious family room or space for the owner’s children to do their homework, making this a truly family-friendly structure.

In other forward-thinking architecture, see DWELL House, a 540-square-foot house delivered to your backyard.