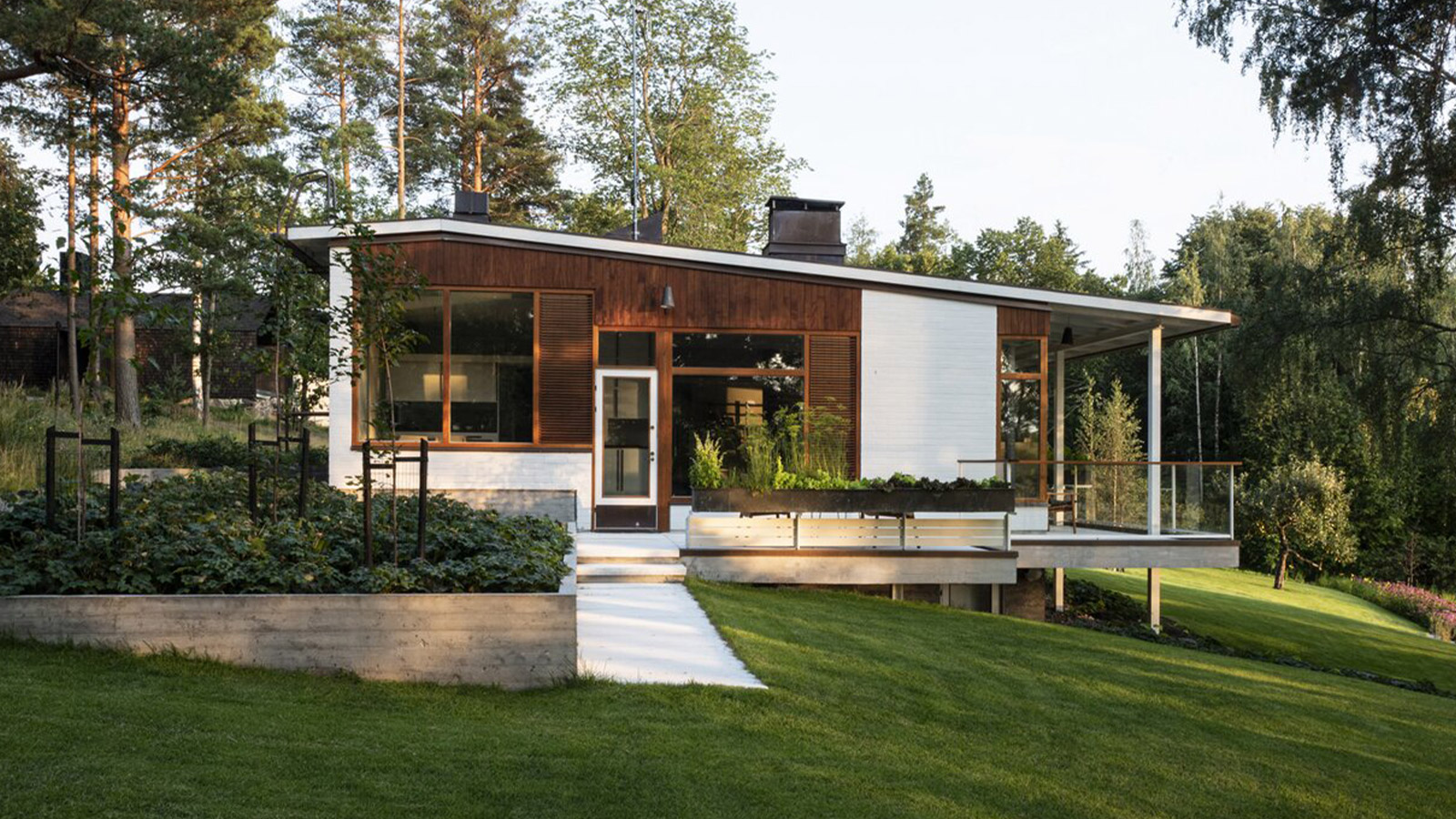 Nominated for the highly-coveted Mies van der Rohe Award is Villa Koivikko, a modernist villa located in the town of Espoo, just outside of the Finnish capital of Helsinki. Designed in 1958 by Aarne Ervi, he is considered to be among Finland’s leading architects. At that time, Villa Koivikko was considered to be ahead of its time given its bold, experimental form and technical systems. In 2016, the new owners called upon the architectural firm Oopeaa to take charge of the exterior renovation of the villa and designer Petra Majantie to handle the interior design.

The client’s priority was to ensure that the main building, the caretaker’s home, and the furniture within them remained as close to the original as possible and that any features that had been changed over the years would be restored to their original state. The project was also an opportunity to update the utilities and other building systems and to replace the insulation that had become worn out over time. “This project is the most important and challenging of my career,” says Majantie. “Countless hours were spent in studying the case and taking care of all the smallest details to make everything perfect. The interior and exterior work seamlessly together, making it a complete work of art!”

Oopeaa and Majantie carefully followed Ervi’s design principles in terms of the relationship between the scenery and the buildings. Ervi’s intention was to allow open views of the nearby lake, and he placed the main building in the middle of the site, halfway down the lawn as it slopes gently towards the water. The design team restored the modernist villa and the caretaker’s house originally built by Ervi and added three new wooden buildings to complement the brick buildings from the 1950s. The new buildings include a garage, a writer’s studio, and a sauna. The composition of the new buildings on the sloping plot respects Ervi’s original intention to leave open the view to the lake while directing the attention to the villa mid-way up the hill.

Each of the new buildings has its own architectural identity. When asked why the architects decided to do this, they responded by saying, “What we set out to achieve here was a meaningful dialogue between the old and the new. The new buildings contrast with the straight, horizontal lines and white forms created by Ervi. We made a series of highly conscious choices in terms of both the materials and design language, as we wanted to highlight the characteristic features of Ervi’s designs and to give the new buildings a well-defined and sculptural character. However, the new buildings are subordinate to the existing structures and every care has been taken to ensure that they blend into the landscape.”

As for the interior of the main structure, the floor plan remains unchanged. In addition, the original fireplace, ceilings, wardrobes, and much of the furniture were all carefully restored. New floors were installed throughout. The entrance, main living and dining areas, and the main bedroom feature custom parquet in iroko wood, also known as African teak; whereas in the kitchen and the secondary bedrooms, linoleum was used as it was the material used when the original flooring was installed. Both the kitchen and bathroom were remodeled, but the architects took great care in making sure that each of these spaces maintains the spirit of the original Villa Koivikko.

In other architectural news, check out Huolpoch House on the Yucatan Peninsula in Mexico.