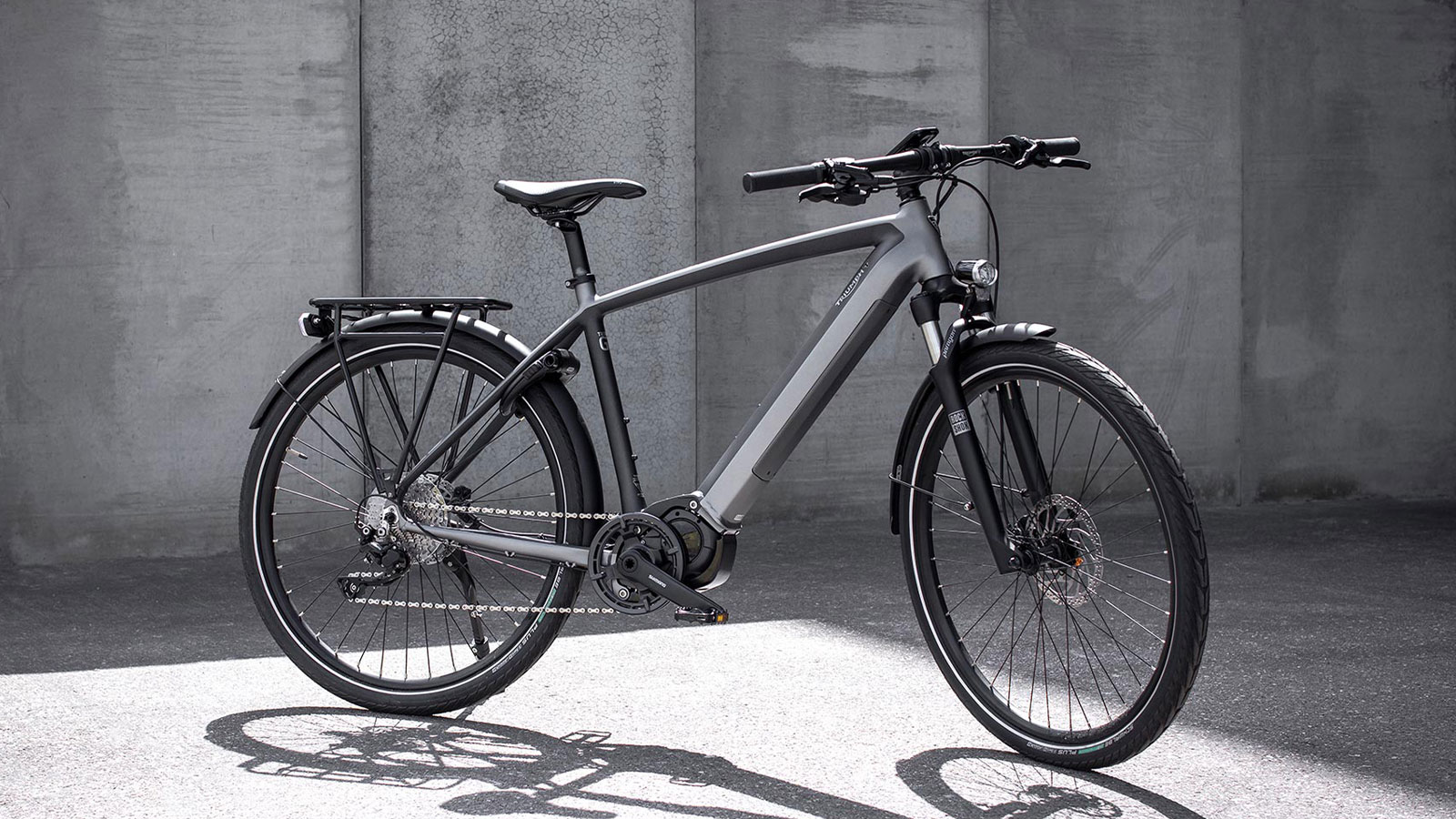 When you think about Triumph bikes you usually think of Steve McQueen outrunning the Germans in the classic film The Great Escape. The Triumph Trekker GT may not be a motorcycle but it is the first e-bicycle produced by the iconic British manufacturer. While other e-bikes are designed with city streets in mind the Trekker GT is built for all-road riding. It’s an electric bicycle that can be used for more than just commuting to work.

The lightweight frame was designed with narrow width handlebars and a Selle Royal Vivo saddle. The Vivo provides the best ergonomics and control for the rider. Shimano provides most of the Trekker GT’s drive train: battery, motor, charger, shifter, rear, and crank arm. Estimated range for this e-bike is 93 miles (150km). The total weight of the Trekker GT’s medium frame with its battery is an estimated 52 pounds (24kg). Not the lightest e-bike in the market but one look at the Trekker GT and you know this is an e-bike that can handle the road less traveled at your local park.