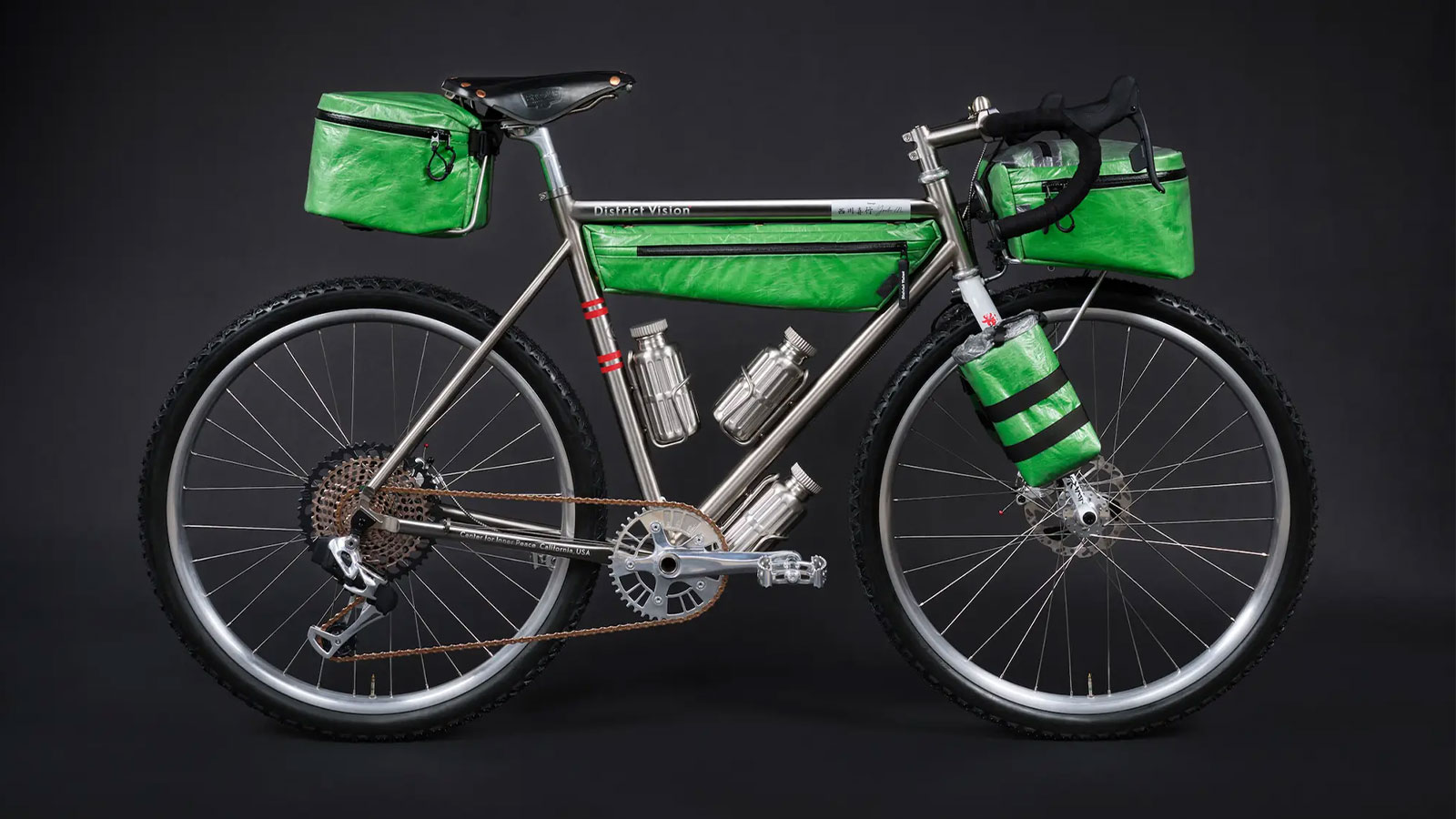 Athletic apparel brand District Vision unveiled a new product to coincide with its new line of cycling apparel. This new product is a custom, handmade Titanium Touring Bicycle with a price tag that matches its year-long build process.

The bike’s 55cm frame was handmade in Japan by Yoshi Nishikawa of Kualis Cycles. In addition to a titanium stem, custom fillet-brazed steel adventure fork, and a seat post insert made from carbon fiber. The design of the bike fits around 650b wheels. Other features include an integrated spare spoke holder, a Brooks B-17 Saddle with Titanium Rails, Yokozuna Ultimo Disc Brakes and rotors, and a drive-side chainstay that doubles as a slap guard.

Moreover, the bike includes five custom-made, waterproof bags by Yanco, based in California. These bags are constructed using a cocktail of Dyneema, Cordura, and X-Pac. Black Magic Paint in Oregon did the Titanium Touring bicycle’s paintwork. Finally, California-based Golden Saddle Cyclery did the final assembly of the bike before they closed their doors for good.

The goal of the District Vision Titanium Touring bicycle was to pay homage to Japanese and California/West Coast off-road cycling culture. All its parts were fabricated, painted, and sewed by some of the best in cycling from these regions.

In case you missed it, see the CAKE Aik, a 224-mile utility eBike.