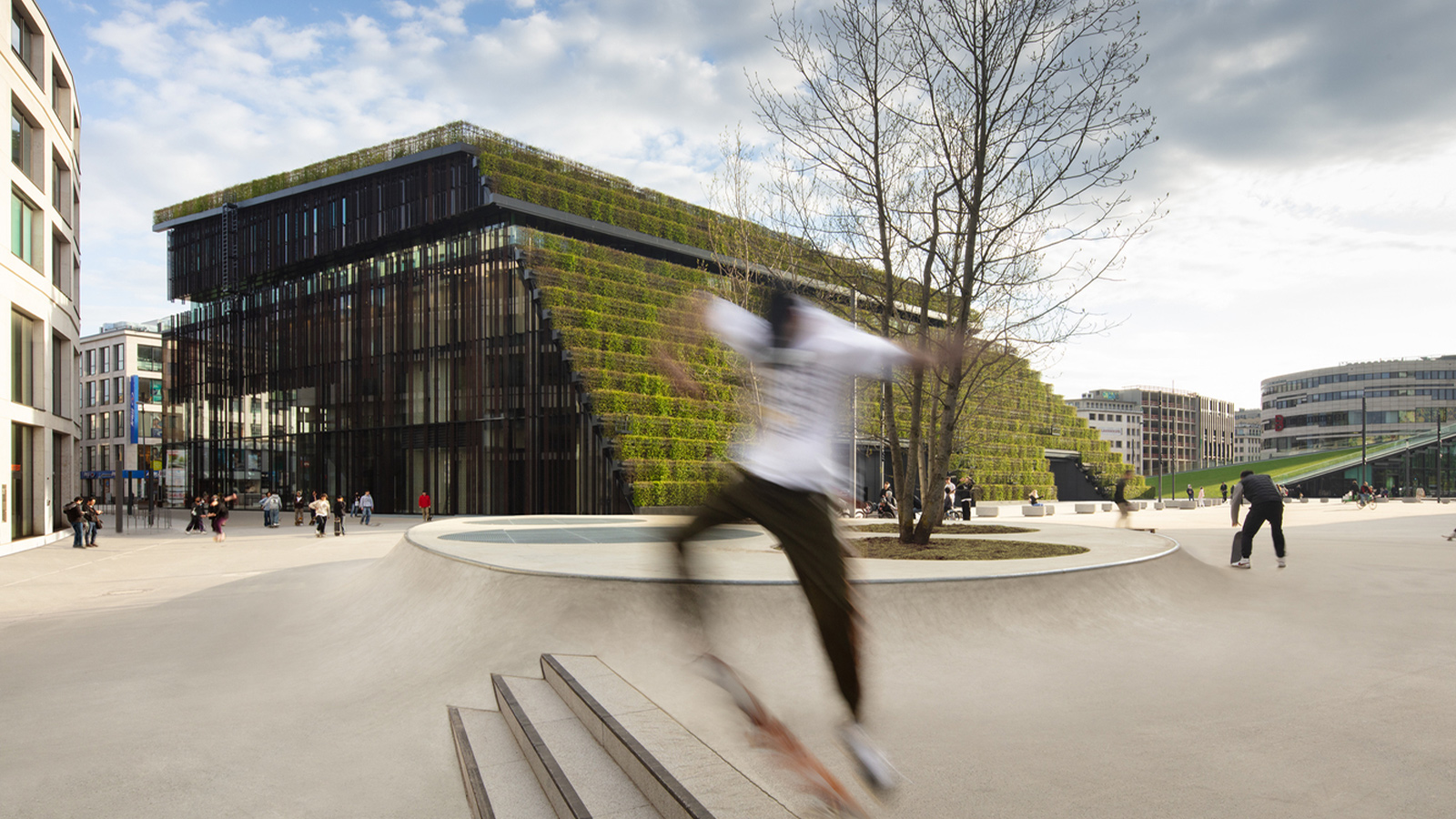 With 30,000 plants forming hedges covering the Kö-Bogen II Office Building in Düsseldorf, Germany, this structure is a stunning addition to the Gustaf-Gründgens-Platz in the Hofgarten district of the city. According to the building’s architect, Christoph Ingenhoven, founder of Ingenhoven Architects, “The composition of the green facade is inspired by Land art and enables Kö-Bogen II to oscillate in a deliberate indeterminacy between city and park – to enter into a dialogue with the Hofgarten.” Ingenhoven determined that hornbeam hedges were the most appropriate way of integrating a large amount of greenery in the office development as the plants grow locally and are comparatively easy to maintain. The plants that so strongly define the Kö-Bogen II Office Building keep their leaves in winter and they thrive with a north and west orientation, withstand strong winds, and require trimming only two to three trims per year. The two facades of the trapeze-shaped building that face towards the square and garden are entirely covered in hornbeam hedges that, according to the architect’s research, provide an ecological benefit equivalent to 80 fully grown deciduous trees.

Kö-Bogen II’s street-facing facade consists of large-format, single/multi-story steel and glass elements clad in substantial, vertical slats hung in a curtain wall construction. The facades to the rear of the building are decorated with the hornbeam hedges. The troughs in which they are planted are staggered to make sure the plants receive a natural supply of rainwater and sunlight. Shops are located on the first three stories while office spaces occupy the higher levels and the building’s inner courtyards.

The completion of Kö-Bogen II marks the final stage of a twenty-seven-year project of reshaping the heart of Düsseldorf and represents a milestone in the architectural studio’s work for greener cities. Since its founding in 1985, Ingenhoven Architects has aimed to develop sustainable architecture. The firm hopes that this project will serve as an example to others. “We need courage and dedication to transform our cities into a more climate-friendly future,” Ingenhoven commented. “We hope to be able to contribute further to the most important and urgent topics of life on the planet – our projects for Düsseldorf are a further step on our way to building sustainable public places and reacting in an extracurricular way to our clients’ brief.”