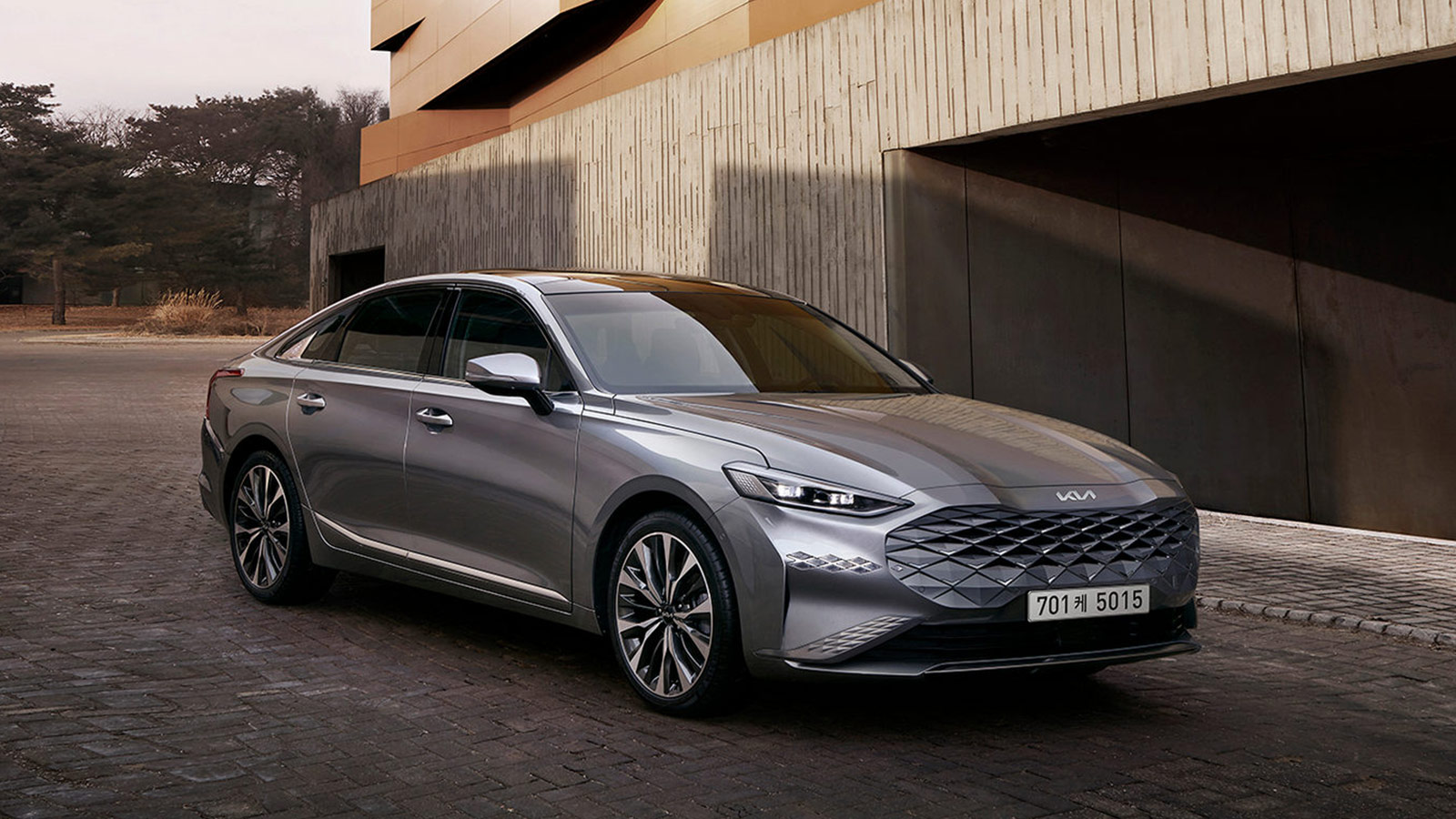 Kia has recently released exterior photos of an all-new model, the Kia K8. Few details came with these first glimpse photos of the premium sedan, but what we do see is that the K8 is sporting a new Kia badge on its nose. The K8 will replace the current, outgoing Kia K7, known as the Kia Cadenza, to us yanks living in North America. Like the Cadenza, the new Kia K8 appears to be a mid-size sedan with full-size impressions. The front end is sharp, featuring a frameless tiger-nose grille with a diamond lattice pattern.

As stated in Kia’s press release, the Kia K8’s exterior design was inspired by the imagery of viewing yachts sailing across calm waters. Looking at the K8’s profile, one can see what they refer to as the K8’s body lines provoking a sensation of motion as they travel across the side of the sedan. The go-with-the-flow theme ends with a set of stretched LED taillights that wrap around the vehicle’s corners. As of right now, Kia has not released any technical specs on the K8’s drivetrain or interior design. We know the Kia K8 will launch in Korea later this year but they have not specified what other global markets it will be available in. Going by first impressions alone, the K8 looks to be another well-crafted example of KDM.