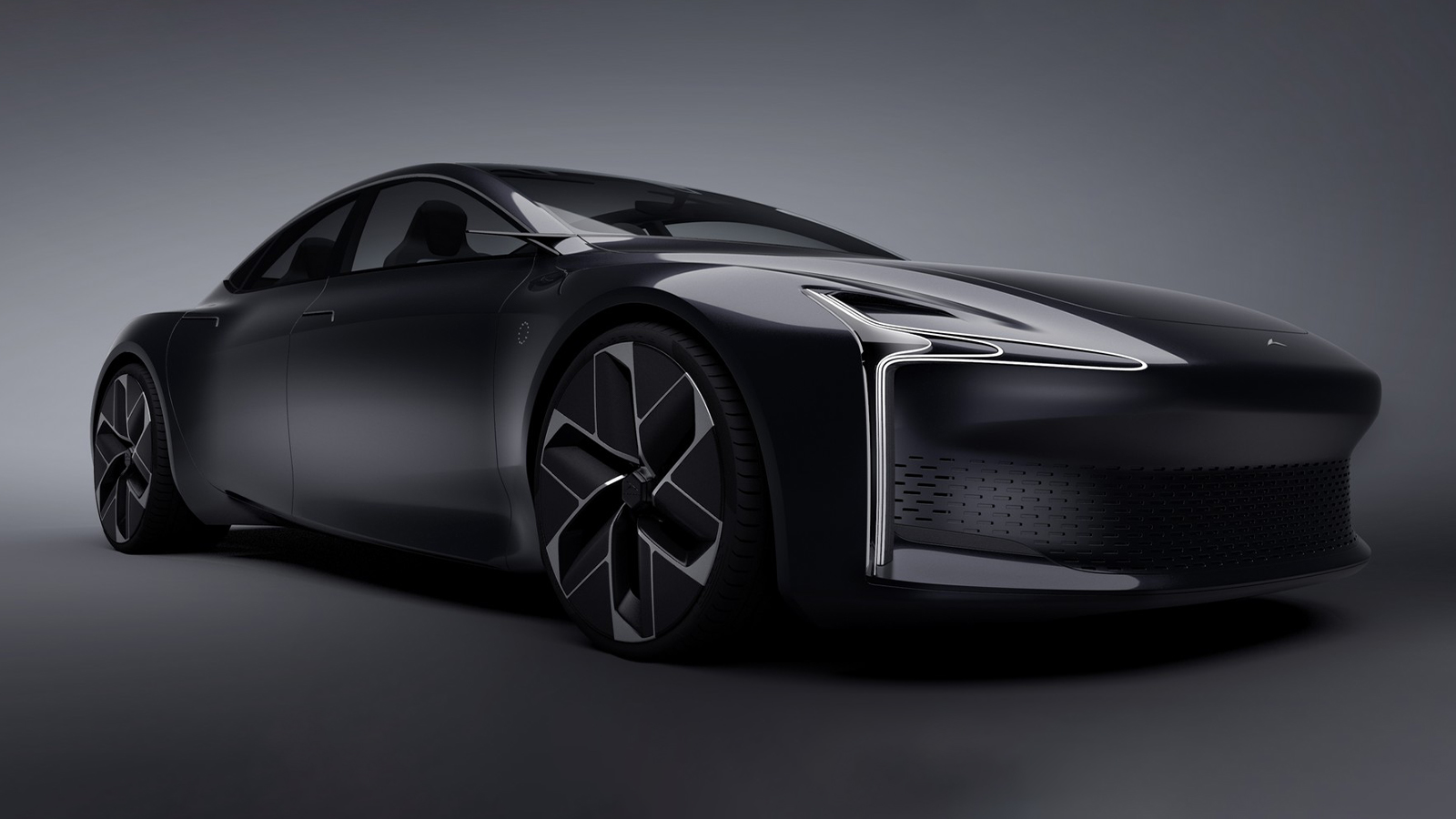 The Hopium Machina aims to be the world’s first hydrogen-powered luxury sedan. This hydro-saloon was presented by French pro-racing driver Olivier Lombard, founder of the Hydrogen Motive Company (HMC). This sinister sedan looks like Tesla’s evil counterpart, sculpted out of a solid block of onyx. The Machina’s design shows flush-mounted door handles, aggressive rear haunches, a rakish windscreen, and a now common panoramic glass roof. This car is still a long way from being delivered to your driveway. According to Hopium, it plans on unveiling a prototype within a year and begin production in 2026.

What is known about the Hopium Machina is it will have 493 horsepower and a range of 621 miles. The car will run on hydrogen, and Hopium states the refueling process will take only three minutes. Limited details have been released so we do not know how the Machina uses hydrogen to turn its wheels or interior components. The car will be built in France with plans to be offered in international markets in Europe, China, South Korea, and the United States. HMC plans to get involved in hydrogen-based innovative projects starting with the Hopium Machina, as it aims to become a leader in hydrogen technology in the years to come.