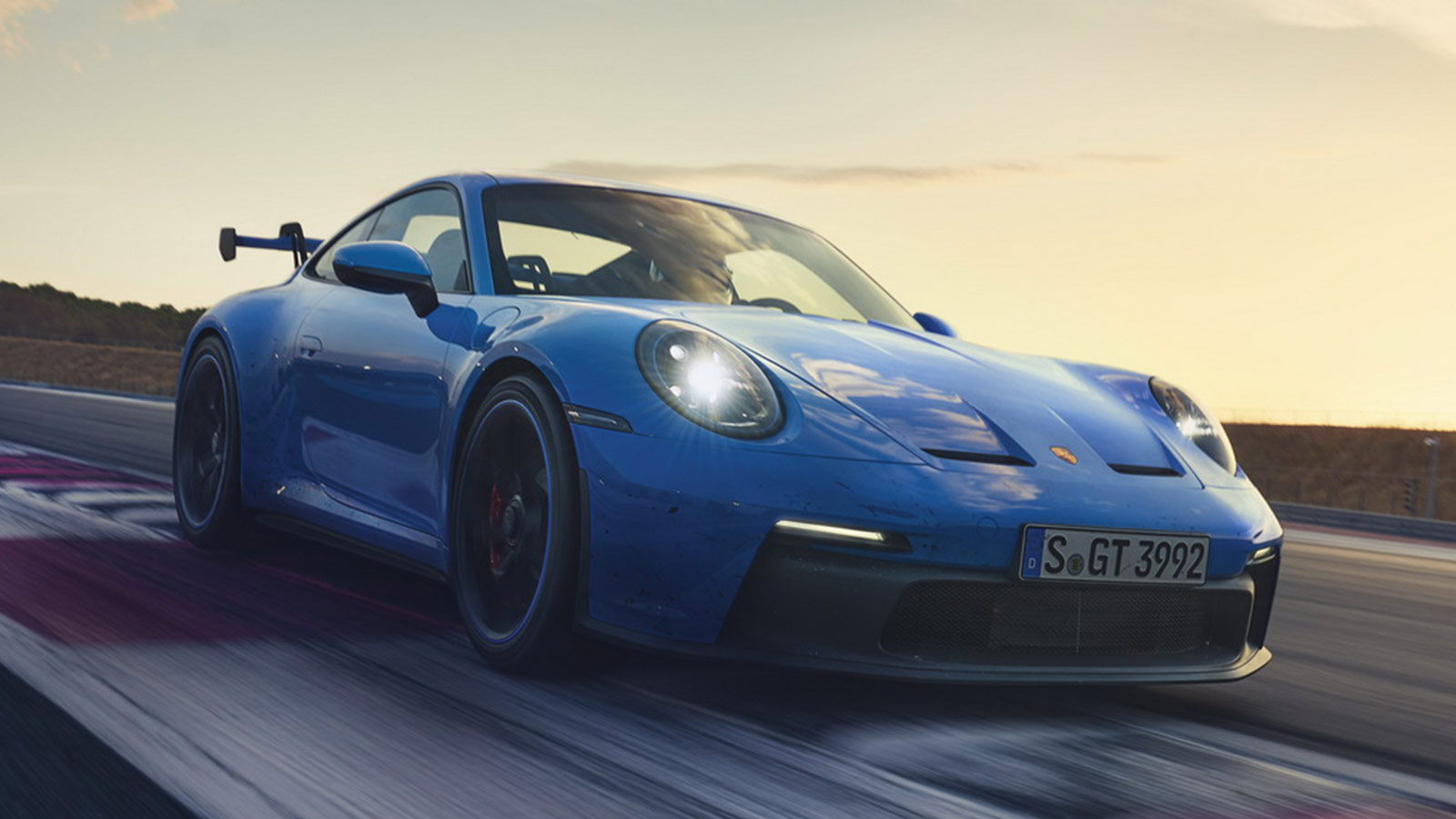 For Porsche purists and sports car enthusiasts, the anticipation of an all-new Porsche 911 is on par with the launch of the latest iPhone or seeing the commercials during the Super Bowl. Porsche has just unveiled the 2022 Porsche 911 GT3, the newest evolution in one of the most sincere driving machines on the market. Porsche has been teasing the internet with spy shots of this car since last year. Finally, no more speculation. Here are the cold hard facts on the 2022 Porsche 911 GT3.

The new Porsche 911 GT3 is powered by a naturally-aspirated 4.0-liter flat-six engine flexing a 9,000 rpm redline to produce 502 horsepower and 346 lb-ft of torque. The standard transmission on the 2022 Porsche GT3 is a seven-speed dual-clutch PDK, with an optional six-speed manual transmission. With a PDK transmission, the 2022 Porsche 911 GT3 can hit zero to 60 in 3.2 seconds and deliver a top speed of 197 mph. The manual transmission 2022 Porsche GT3 sprints from zero to 60 in 3.7 seconds and offers a slightly higher top speed at 199 mph. The most significant changes with the new GT3 are under the fenders.

The 2022 Porsche GT3’s suspension has been modified to the extent that it no longer shares any parts with a standard 911 Carrera. This is the first road-legal Porsche 911 to use unequal-length front control arms in its suspension. It also features a giant rear wing, referred to as a “swan-neck,” due to its shape which generates 150 percent more downforce. The 2022 Porsche 911 GT3 was developed on the tire torturing Nürburgring racetrack. This new GT3 is built to handle turns with the precision and control of a scalpel in a surgeon’s hand. Pricing has not been announced yet, but safe to assume it will be in the $150k range.

If you liked this, be sure to check out ‘Porsche Unseen’, A Peek Behind the Curtain Into Porsche’s Design Studio. 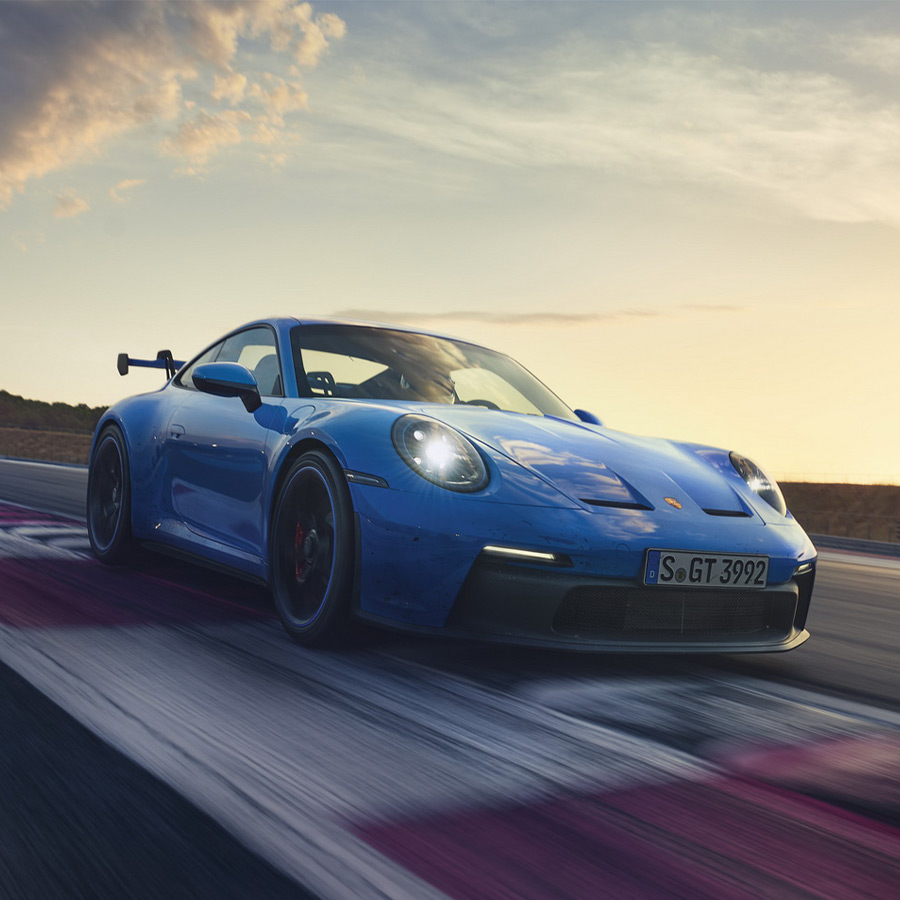