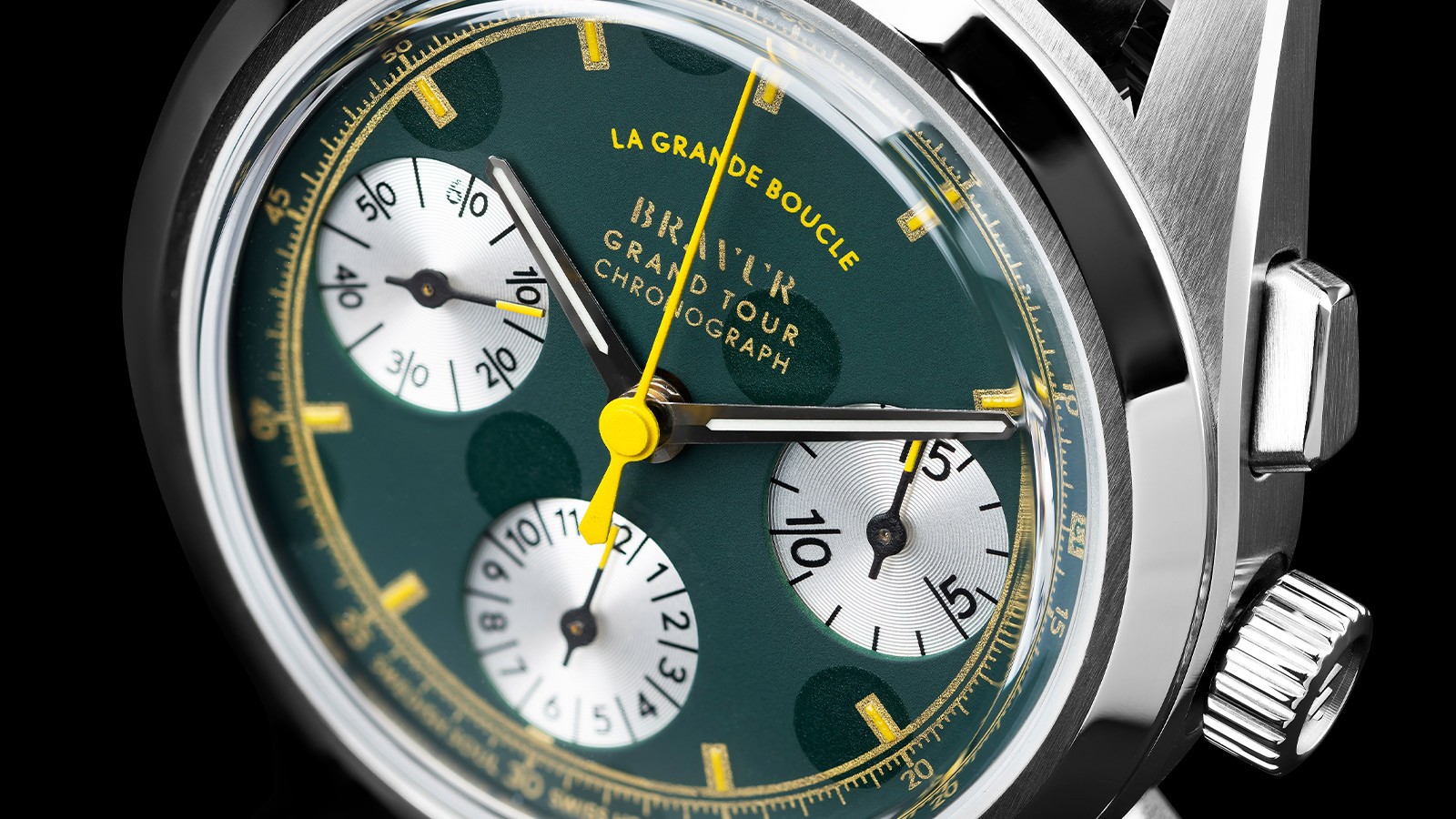 Swedish luxury watch brand Bravur has just revealed the Grand Tour – La Grande Boucle, a stunning new timepiece celebrating the Tour de France. As an homage to the three Grand Tours, Bravur has created a chronograph watch series of three timepieces of the same name, with each model featuring colors, graphics, and textures inspired by the corresponding race. The first in the series was the Grand Tour – La Corsa Rosa, introduced last month. The La Grande Boucle is the second model in Bravur’s Grand Tour chronograph series and will be released on June 26th to commemorate the start of the Tour de France in Brest.

The Bravur watch features several design elements from the Tour de France and the world of cycling with one of the most obvious being the yellow accents used on the big second hand and the sub-dial hands. The yellow color, which is associated with the Tour de France and the leader’s jersey, has its origin from the newspaper L’Auto, which founded the race and was printed on yellow paper. Apart from the yellow jersey, the race also has a polka-dotted mountains jersey as well as a green sprinter’s jersey. These two jerseys were the inspiration for the subdued green dial with a discreet polka dot pattern. The dots are achieved by a glossy paint layer, and shift from almost invisible to eye-catching, depending on the light.

According to Bravur co-founder Johan Sahlinor, “It was important to include subtle cycling references in an elegant way, and with details to discover over time. It was also important for us to make it functional for riding, which is why the watch features a 15-minute chronograph counter for timing intervals, and the 12 hour counter will keep track of your total riding time.” The case back as well as the rotor of the Swiss-made movement are decorated with a deep-etched “finish line” checker race pattern. Sapphire crystals are used both on the front and the back of the watch, enabling the wearer to admire the beautiful movement. The case back crystal has a discreetly outlined map of France. The watches are built by hand in Båstad, Sweden, and are individually numbered on the case back. The Bravur La Grande Boucle Chronograph will be limited to just 50 examples worldwide. 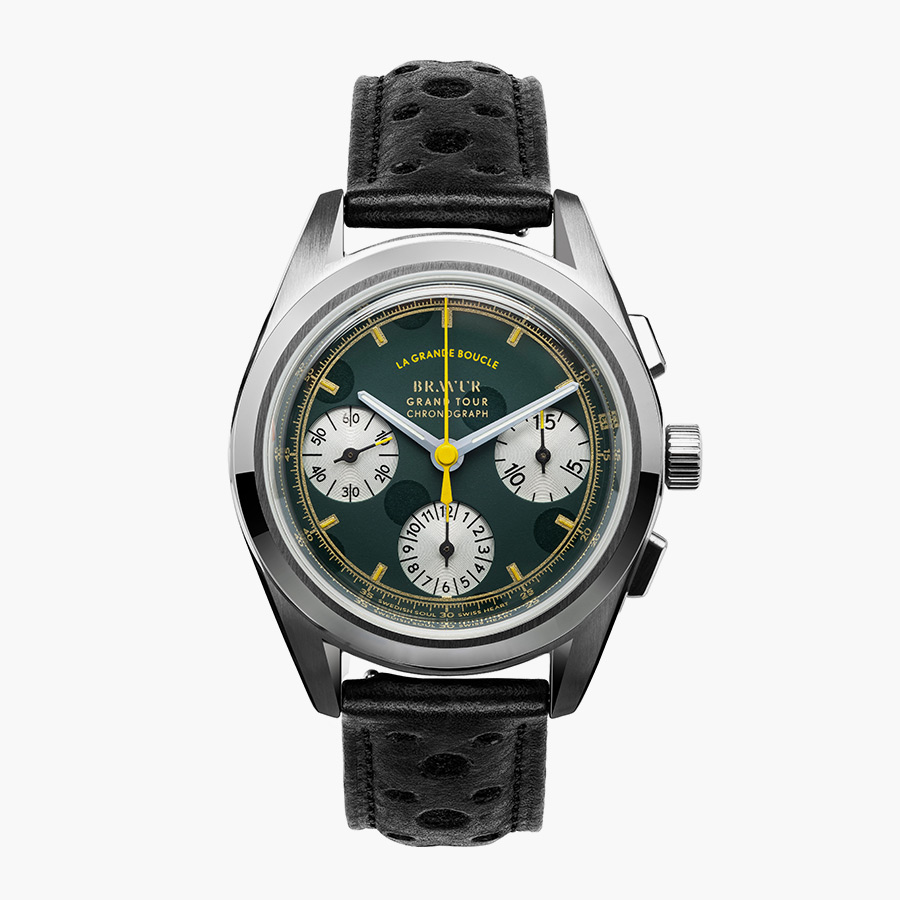