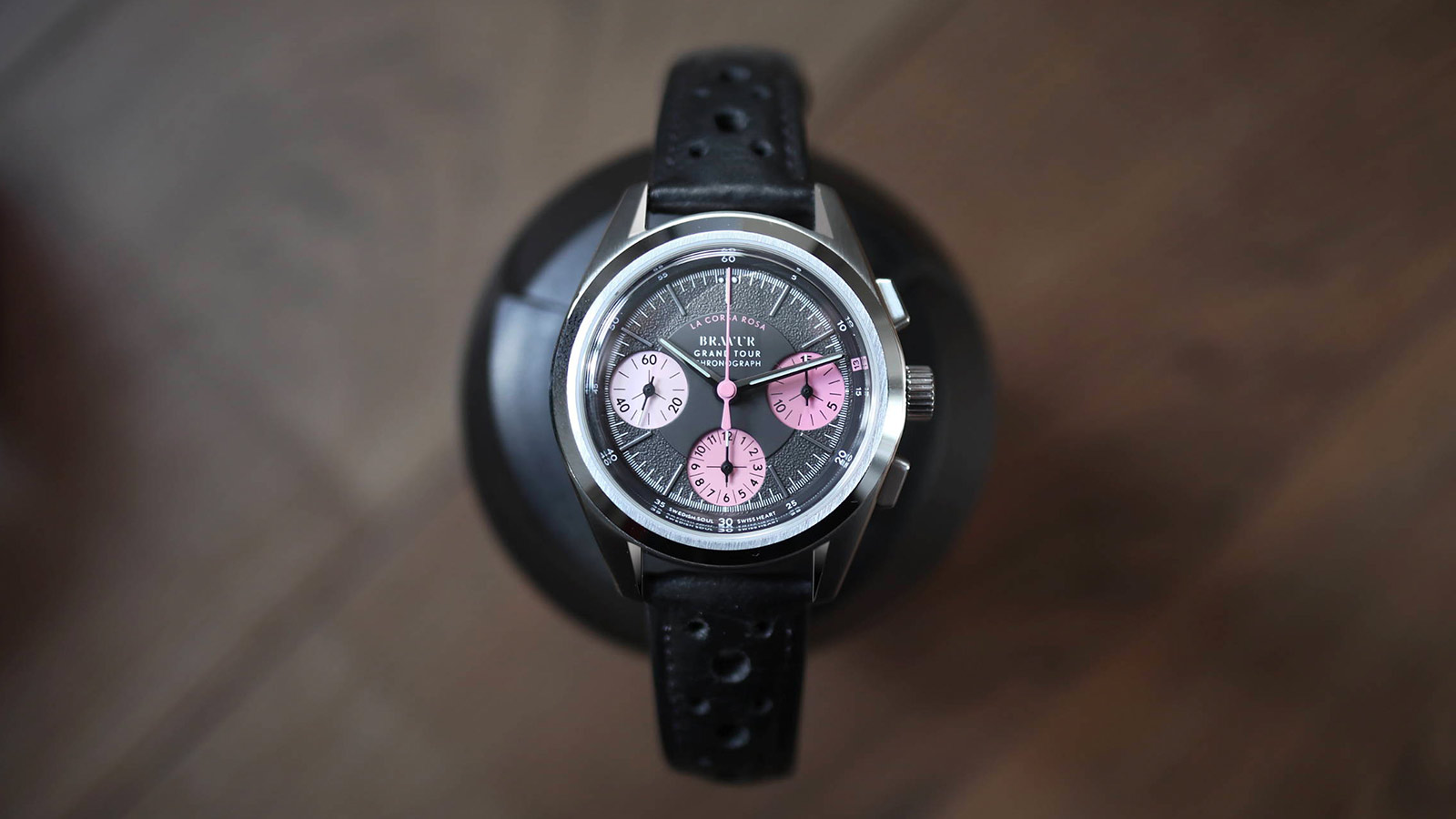 With an extremely limited release of only 50 pieces, the Bravur Grand Tour – La Corsa Rosa pays homage to the Giro d’Italia, a 21-stage bike race run each May through Italy. It is the first of three watches that will be introduced by Bravur that are inspired by the three “Grand Tours,” the most prestigious cycling races in the world. The beautiful La Corsa Rosa features three shades of pink, which were chosen based on the pink jerseys worn by the race leaders. The Bravur timepiece also includes a pink “13” situated upside down on the minute scale. This is a purposeful design detail based on riders wearing this number upside down to hopefully refute any potential bad luck the number could bring the rider. The most obvious race-inspired design feature is likely the dark grey dial, which was chosen to honor the texture and color of the racing tarmac.

The watch itself appears to be well proportioned at 38.2mm in diameter and 46.3mm from lug to lug. It’s 14.4mm thick, inclusive of the sapphire crystals on each side, and the watch runs on a Sellita SW511 movement with a 62-hour power reserve. According to Bravur, the intent with the La Corsa Rosa was to create a watch that cyclists could actually use and find functional. The relatively modest size of the watch coupled with a movement known to be fairly bulletproof should result in a chronograph that cyclists could conceivably use in real-world biking situations if they choose.

For information on another recent Bravur release, check out the Bravur x Wingardhs Limited Edition. 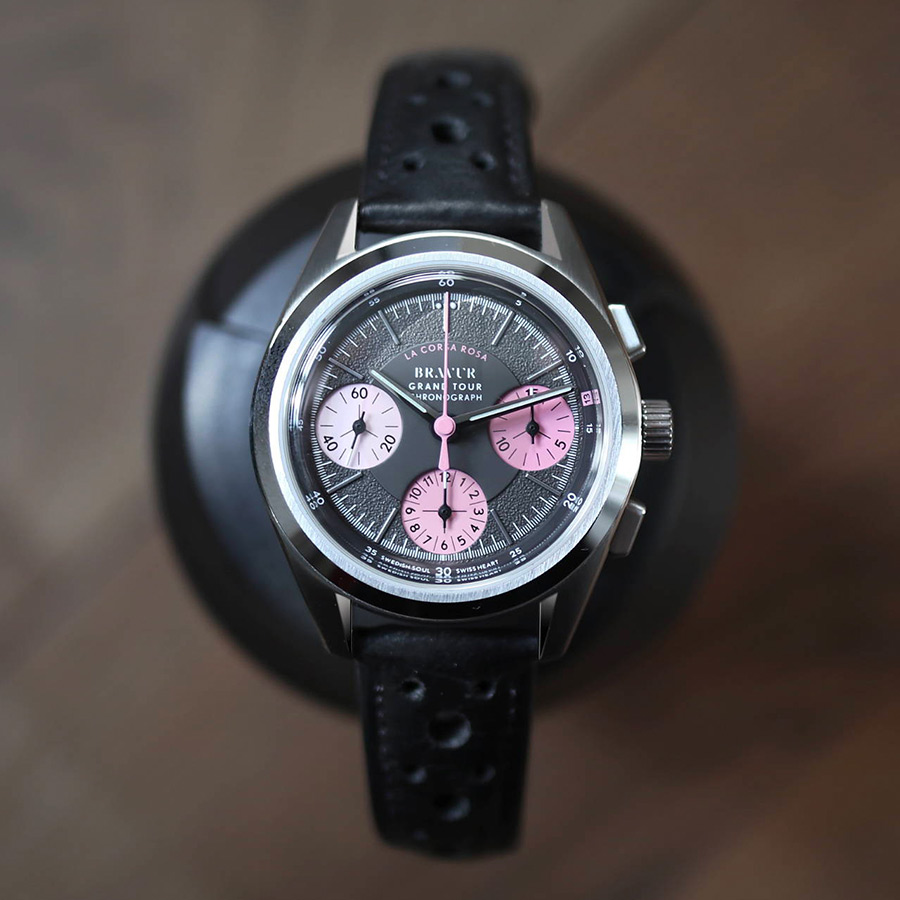