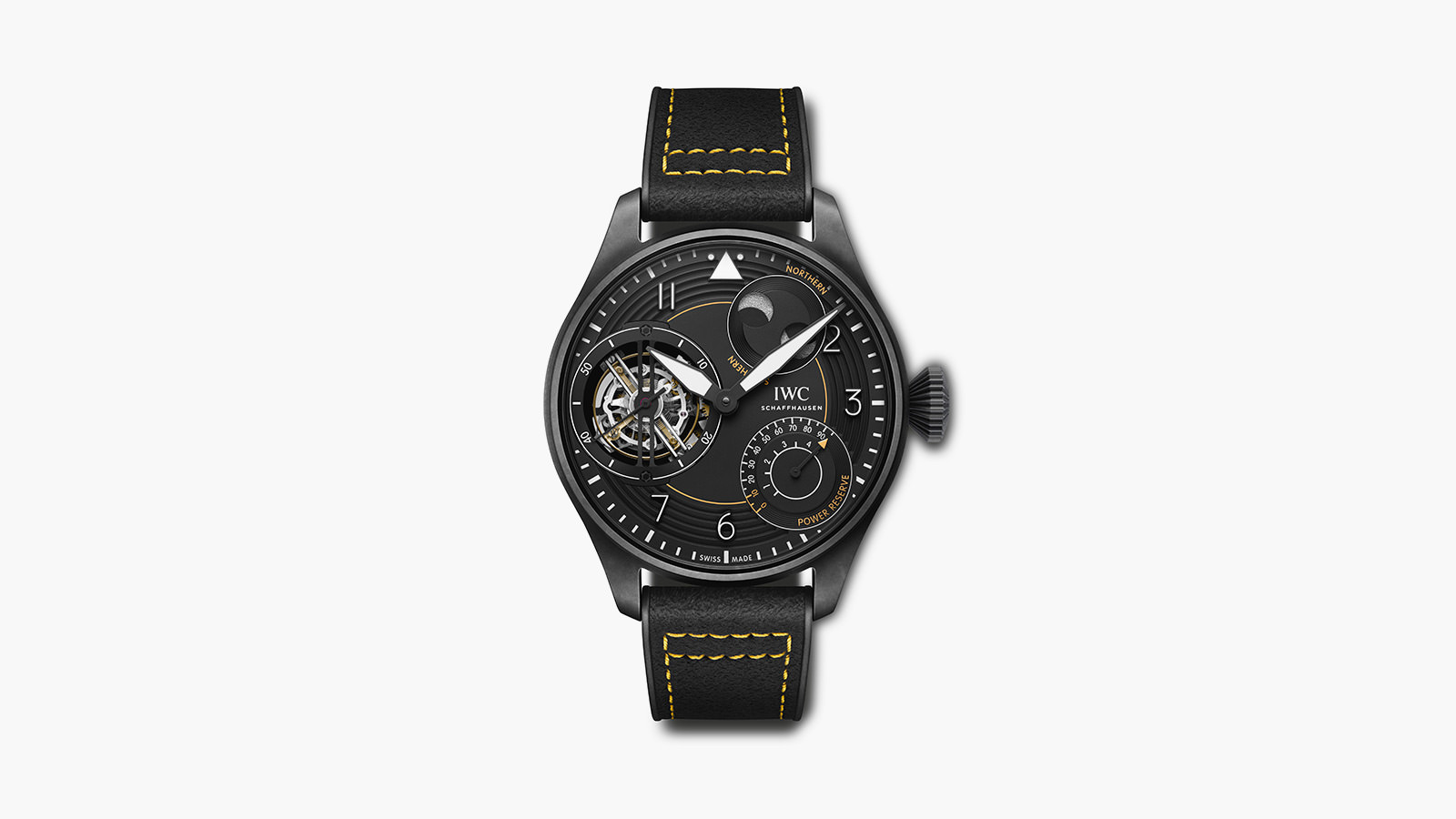 IWC Schaffhausen released its Big Pilot’s Watch Constant-Force Tourbillon Edition “IWC Racing” reference IW5905-01, with the IWC-manufactured caliber 94800, one of the most complex movements ever designed by the storied brand. It is a large hand-wound movement that comes with a tourbillon regulator, but mostly with a constant-force mechanism. On one side, the tourbillon compensates for the negative influences of gravity on the oscillating system. In addition, the constant-force mechanism disengages the escapement from the direct flow of power through the wheel train and transmits completely even impulses of energy to the escape wheel.

One of IWC’s most representative collections is the so-called Flieger or Pilot’s Watch. With IWC’s Big Pilots Watch Constant-Force Tourbillon Edition, the watchmaker dispenses with all the elements that are reflective of vintage flight instruments and presents a sleek, matte black dial with newly designed Arabic numerals, thinner than normal, filled with SLN and outlined in black, as well as multiple yellow accents to recall a sports/racing car dashboard. Also, the power reserve indicator at 4 o’clock, which shows the remaining energy in hours or in days, is reminiscent of a tachymetric gauge.

IWC has given this Big Pilot a case made with its in-house developed material, Ceratanium. It is light and robust like titanium but also similarly hard and scratch-resistant like ceramic. At 46.2 mm, it boasts the classic size of the Big Pilot, with the signature conical crown and the pin and buckle all made of Ceratanium. The final racing touch is given by the black rubber strap with an inlay made of Alcantara, often used for the seats and steering wheel covers of performance cars. This limited-edition timepiece will see only 15 examples produced.

For information on another racing watch, check out the Yema Super B70.