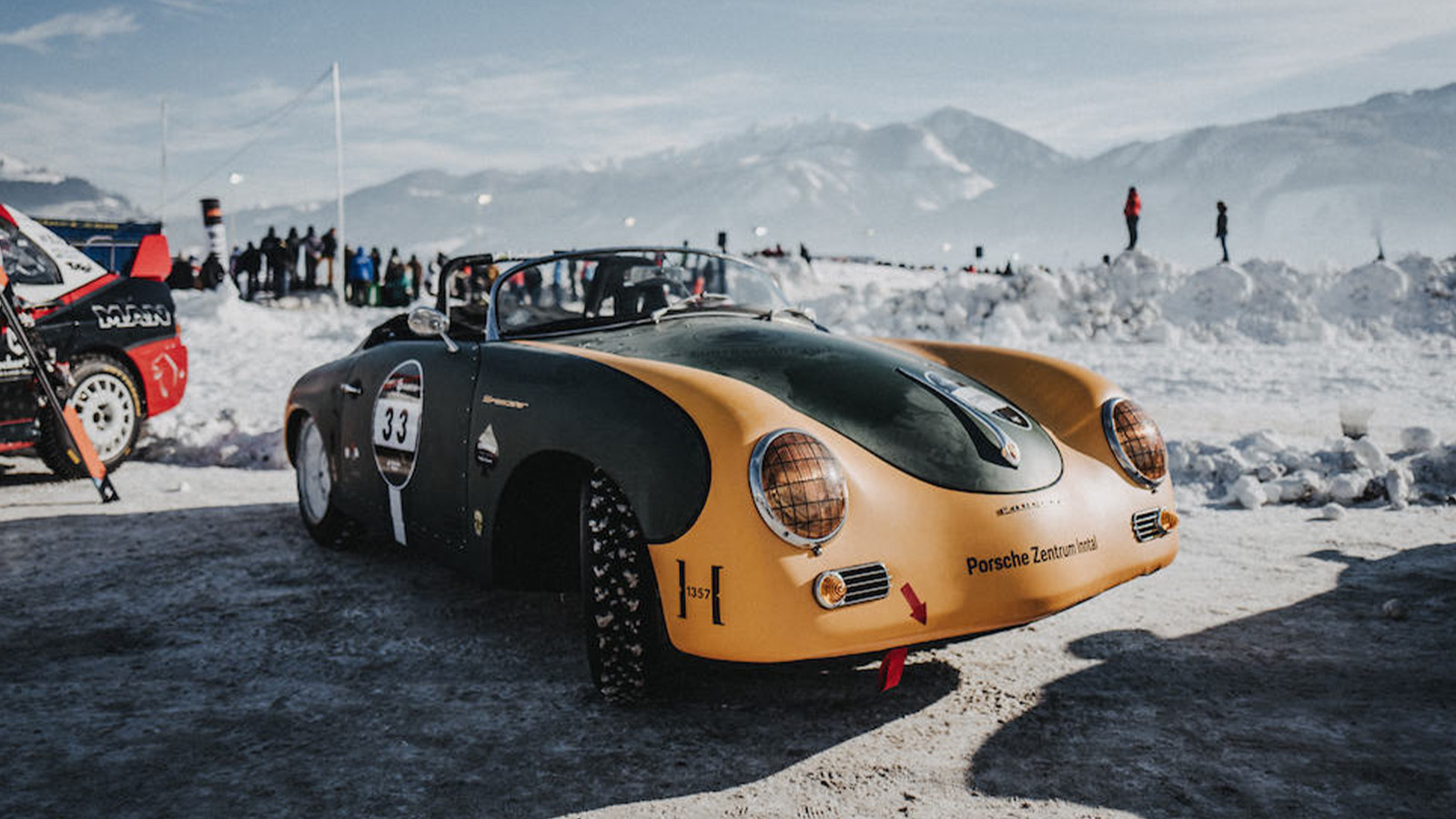 Sometimes a car’s history is worth the story. In the case of this bruiser-looking 1956 Porsche 356 Speedster, most of its life has been devoted to racing. The car started in life as a blue Porsche 356 with a beige leather interior. It was imported into the US in 1956 by Max Hoffman, a man whose devotion to the brand became a reason for Porsche’s growth in America. According to Get Your Classic the 356 Speedster didn’t start racing until the early 1970s. One of the previous owners stated the car competed in around 50 SCCA class races from 1972 to 1978. During this time, the 356 received disc brakes and was stripped of unnecessary weight to race.

At the start of the 1980s, the Porsche 356 Speedster competed in the 1981 Monza, in Mainz Finthen. It was also entered in the Porsche Trophy at the Nurburgring historic that same year. The listing for this car even includes a photo of the sports car appearing in the 1983 FIA Papers. The Speedster’s original parts were refitted when it arrived back home in Germany. This Porsche 356 was even modeled and featured in a Gran Turismo racing simulator video game in its current ice racing spec. That’s right, the Porsche is still racing only now it is on ice in the Italian Alps.

It wears an olive green and yellow livery wrap with black paint underneath and is GP ICE RACE eligible. Narrow spiky tires for grip, a roll bar for safety, but the engine is the original boxer flat-four making 90-horsepower controlled via a four-speed manual transmission. The listing for this vintage ice racer is marked as sold. However, considering the collectability of Porsche 356 Speedsters, the estimated high value for this car was set at nearly $340,000. Racing is anything but cheap.

For more news about Porsche, check out its collaboration with TAG Heuer on the Carrera Chronograph Special Edition.