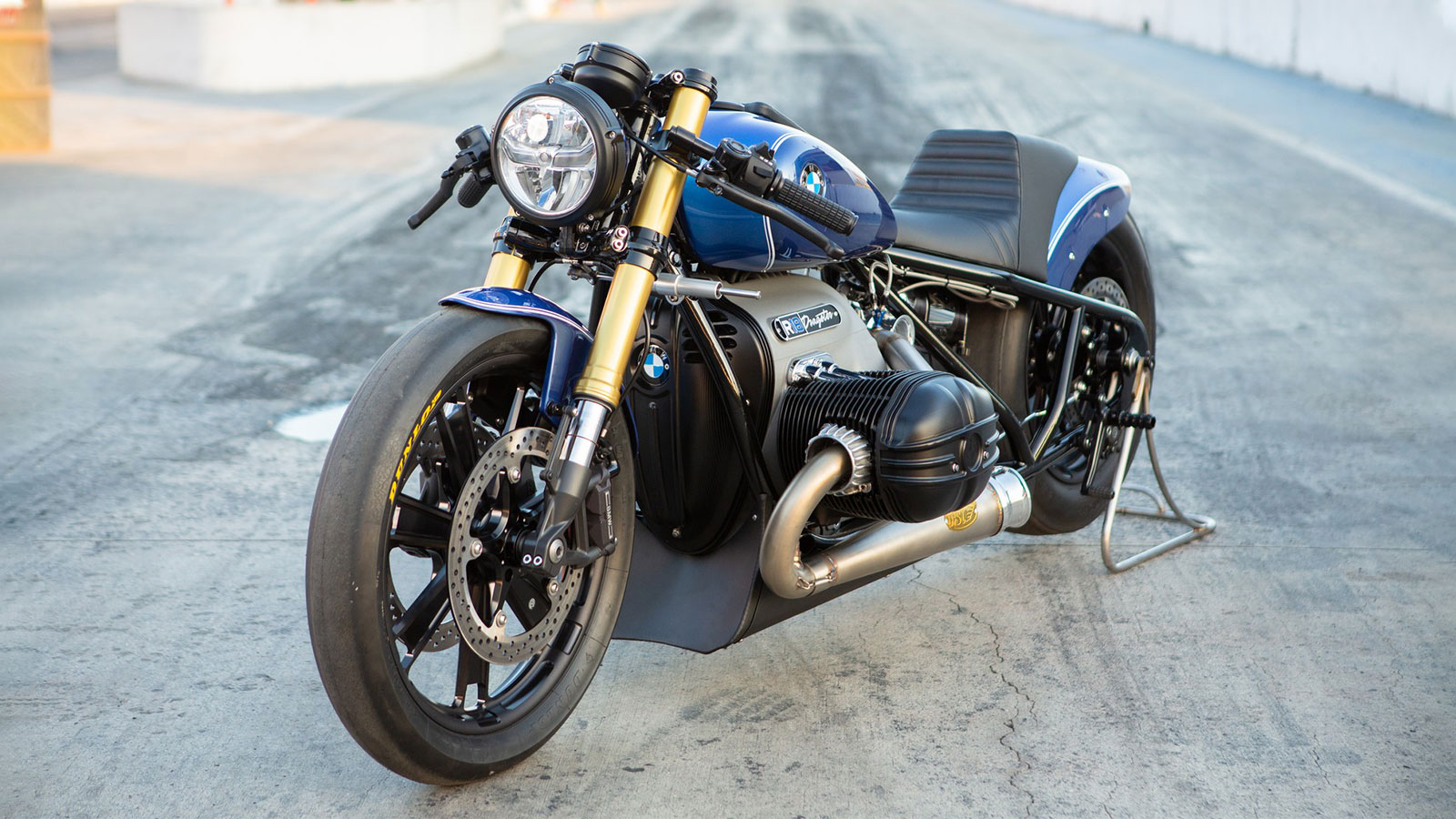 This BMW R 18 motorcycle is now a dragster thanks to designer Roland Sands. It took nearly four months to turn this Bavarian street bike into a quarter-mile rocket. The bike has been modified in almost every way, starting with a revised frame. The front fork is from a BMW R nine T motorcycle, the braking system from an S 1000 RR superbike, and the seat and the fenders are custom built. Other specialized components include a custom brake and clutch master cylinder, and a “twin megaphone system” stainless steel exhaust. The gas tank and headlight are some of the few parts on this bike that remained stock.

We do not know what kind of power this dragster R 18 puts out because BMW did not release those figures. However, we know that the engine was built using the R 18’s 1.8-liter Big Boxer engine producing 90 horsepower. The dragster R 18 uses a heavily modified intake and runs using a nitrous oxide injection system, so one can only imagine the mechanical wizardry that went into the engine. Before you get your hopes up, no, this BMW R 18 drag bike is not for sale. But BMW and Sands collaborated to create a collection of aluminum parts designed for the standard R 18 bike, including handlebar clamps, mirrors, wheels, and speedometer housing.