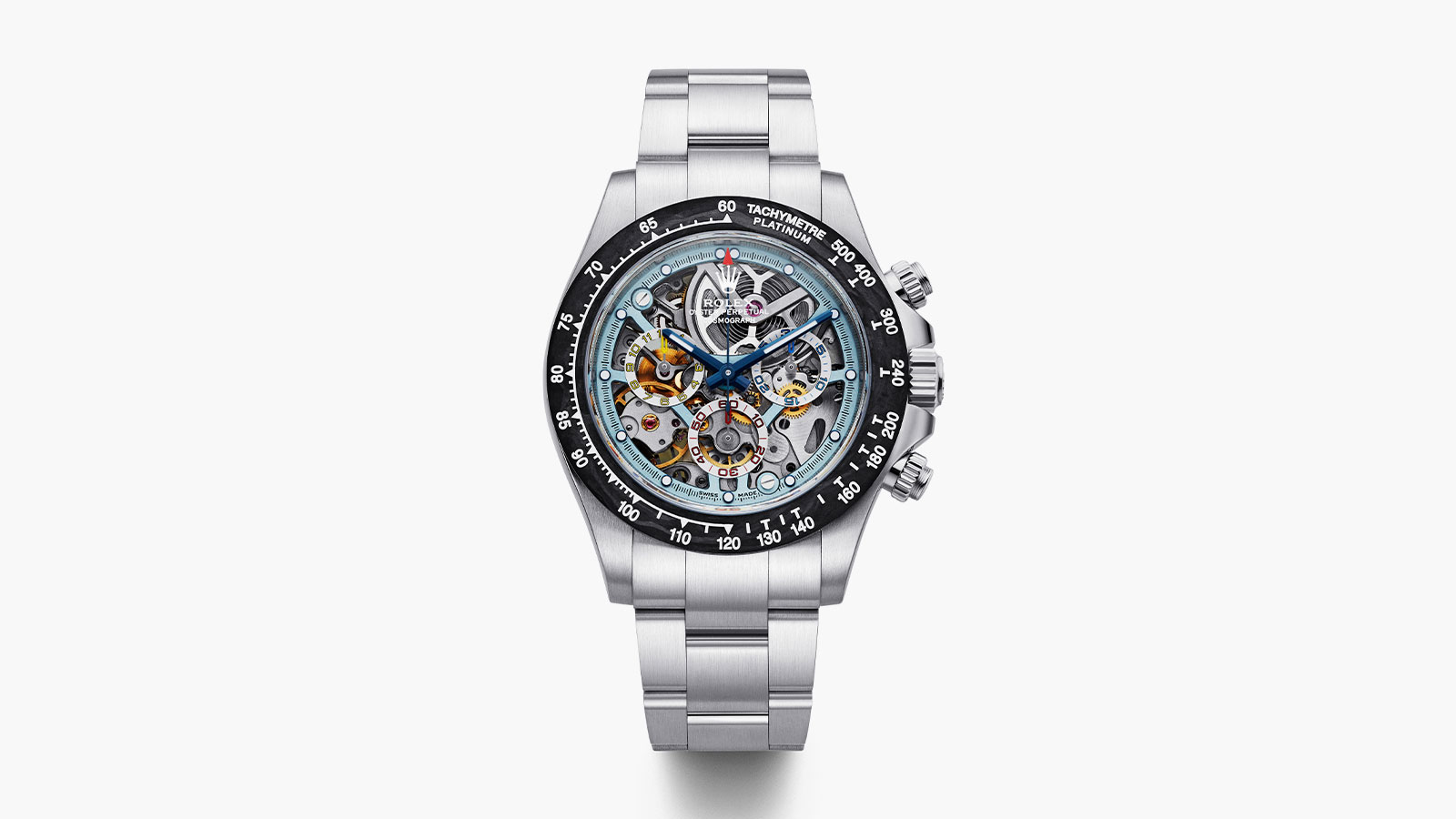 Saying that Juan Pablo Montoya has an eye for precision would be an understatement. The Colombian racing legend knows how much every fraction of an inch matters, taking hairpin turns en route to establishing himself as a legend of the F1 circuit. When he isn’t admiring his trophy on the winner’s podium, his affection is captured by the same standard of precision and excellence that Artisans de Genève brings to its timepieces. The customized Artisans de Genève Montoya Platinum is an expression of the racing icon’s passion for horology, produced by a partner as legendary in their field as he is in his.

A Rolex 116506 hosts the  Artisans de Genève sandblasted calibre 4130 skeletonized movement. The hand-polished 40mm case and satin-finished bracelet give new life to his Rolex Platinum Daytona. The ateliers at Artisans de Genève infuse Montoya’s Rolex with aesthetic elements that allude to his racing legend. A carbon fiber bezel, dial hand-painted in the colors of the Colombian flag, and skeleton tungsten rotor make the Artisans de Genève Montoya Platinum the latest addition to the driver’s trophy cabinet.