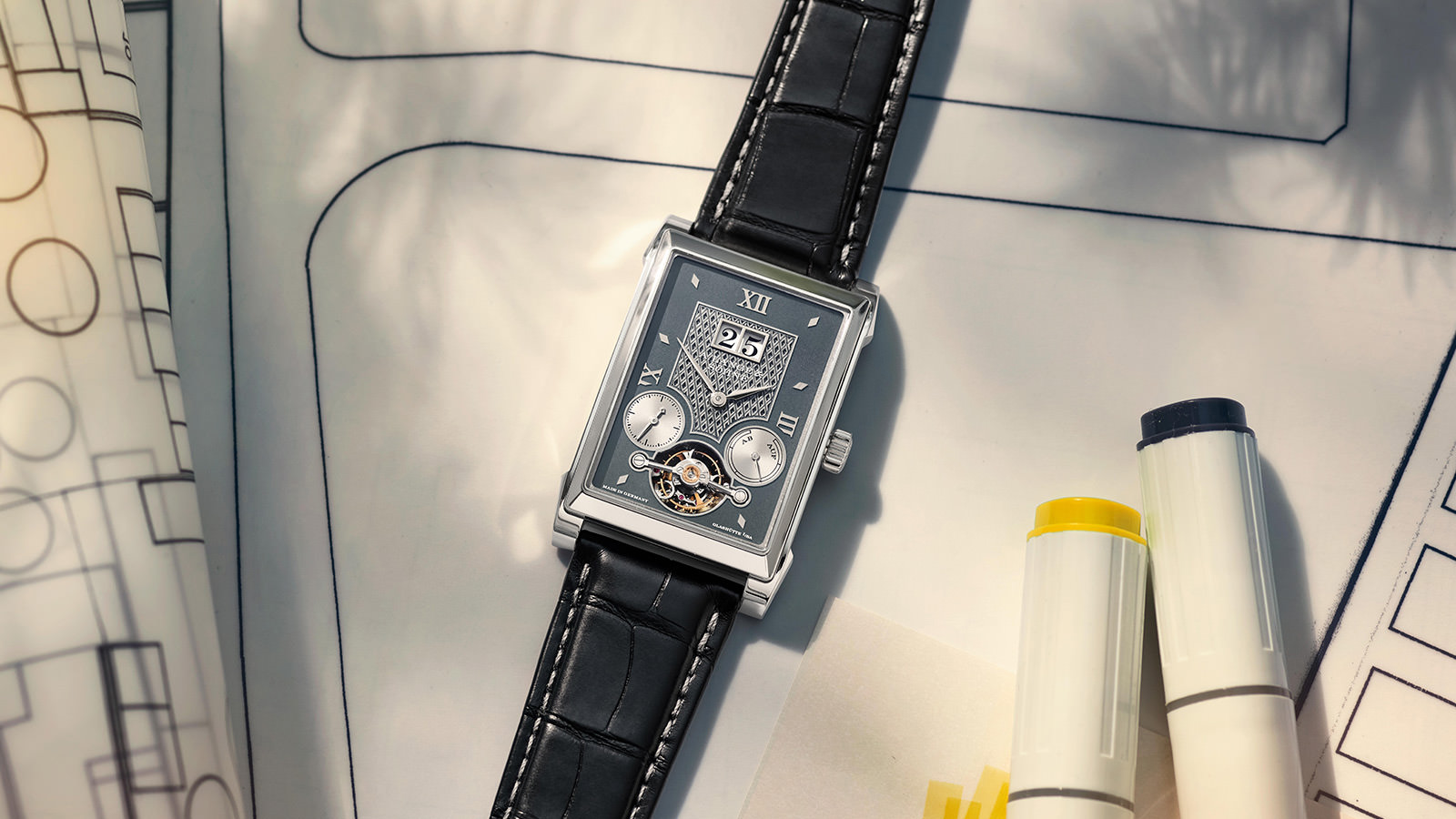 For its 2021 Summer Collection, A. Lange & Söhne has released a trio of new creations: the Cabaret Tourbillon Handwerkskunst, Langematik Perpetual, and the Saxonia Thin. Known for perfecting each and every watch it creates, down to the smallest detail, A. Lange & Söhne routinely assembles each movement twice – whether it is a simple three-hand watch or a timepiece with elaborate complications. This standard of care and attention to detail has been brought to bear in the development of these three debut models.

Limited to just 30 pieces, The new Cabaret Tourbillon Handwerkskunst is a special version of the wristwatch that marked a milestone for A. Lange & Söhne and, more specifically, for watchmaking. In fact, the Cabaret Tourbillon launched in 2008 was the world’s first mechanical wristwatch to feature a tourbillon with a stop-seconds mechanism, making it possible to instantaneously stop the balance inside the rotating cage and instantly restart it by pushing the crown home. The German word ‘Handwerkskunst’ means “artisanship” and it has been used by A. Lange & Söhne since 2011 to identify special limited-edition timepieces which required exceptional craftsmanship to be created, usually with dials and movements enhanced by rare finishing and engraving techniques. The new Cabaret Tourbillon Handwerkskunst is the seventh model to join this exclusive club.

Framed by a 29.5mm × 39.2mm × 10.3mm rectangular case crafted from 950 platinum, the solid white gold dial of the Cabaret Tourbillon is characterized by the use of the lozenge as a recurring design element. In the center of the dial, the lozenge-shaped motif is elaborately engraved, sculpted, and enameled with a semi-transparent enamel. The motif was inspired by the watch’s six lozenge-shaped hour markers. The creation of this lozenge motif takes the master artisans at A. Lange & Söhne hundreds of hours to complete. Additionally, the dial is actually created using three separate parts made of solid 18-karat white gold. It features the Lange outside date at 12:00. A thin, finely decorated line separates the dial parts from one another.

The Cabaret Tourbillon Handwerkskunst also features two integrated subsidiary dials that showcase the small seconds (beneath 9:00) in one and the power reserve indicator (using an up/down arrow) in the other (beneath 3:00).  An aperture between the subsidiary dials showcases the stunning always-in-motion (Lange’s motto) tourbillon. The top of the tourbillon bridge is polished using a special technique considered to be one of the most difficult finishing processes. This new platinum Cabaret Tourbillon is powered by the manually wound caliber L042.1 with twin mainspring barrels that yield 120 hours of power reserve. It consists of 370 individual parts, with 84 of them integrated into the filigreed tourbillon.

In celebration of the watch’s 20th birthday, A. Lange & Söhne is reissuing the Langematik Perpetual, which was the first mechanical wristwatch to combine a perpetual calendar with the Lange outsize date and also an integrated zero-setting mechanism. Now available in white or pink gold, both combined with a blue dial, each is a 50-watch limited edition. With a diameter of 38.5 mm and a height of 10.2 mm, the Langematik Perpetual has an understated appearance. The case is typical Lange, as it features a polished round bezel and a brushed center section. In addition, there are several recessed pushers on the side of the case that advance the calendar displays. On the back, the sapphire crystal caseback allows a clear view of the mechanics. The blue dial of the Langematik Perpetual consists of solid silver and bears a minute track as well as a grooved structure under the applied Roman numerals. The latter are made of color-coordinated gold, as are the hands, indices, and the moon disc.

Of the trio of the new launches, the Saxonia Thin is the simplest, but no less striking. Available as a limited edition of 50 pieces, the watch is presented in pink gold. The solid silver dial is coated with blue gold flux with tiny copper-colored particles creating sparkling highlights, resembling stars in the sky. The elegant design of the Saxonia Thin follows the principle of “less is more”. Its 6.2mm high case in 18-carat pink gold has a diameter of 40mm. The slender hour and minute hands as well as the applied hour markers are in pink gold to match the case material. Inside, the Saxonia Thin is powered by the manually wound caliber L093.1, a movement developed and crafted in-house. With a height of merely 2.9 millimeters, it is the brand’s thinnest caliber but nonetheless provides a power reserve of 72 hours. Its twofold assembly and the artisanal finissage of the parts reflect the high standards upheld by A. Lange & Söhne.