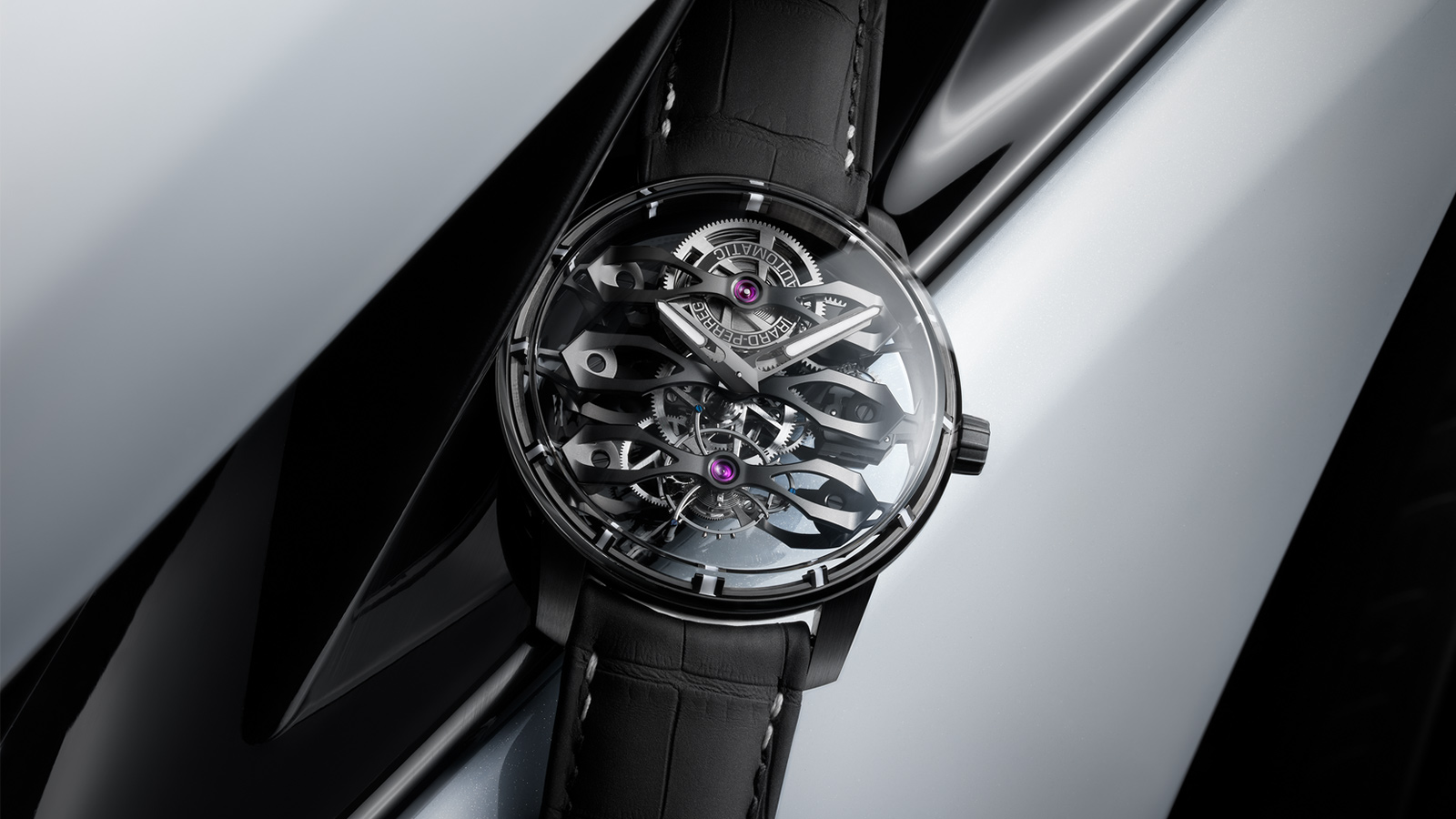 The Girard-Perregaux Tourbillon with Three Flying Bridges Aston Martin Edition marks the first collaboration between two giants of their industries. Earlier this year, the two brands announced that Girard-Perregaux would be a sponsor for Aston Martin Cognizant’s Formula 1 team. Upholding the Girard-Perregaux brand tradition, this new timepiece, which pays homage to the iconic Three Bridges pocket watch of the 19th century, skillfully plays with shapes and proportions, creating a delightful aesthetic. This first watch made in partnership with Girard-Perregaux and Aston Martin is a strikingly masculine all-black skeletonized piece with the watchmaker’s signature three bridges and a tourbillon. Marek Reichman, Aston Martin executive vice president, and chief creative officer says his team grappled with the challenge of helping Girard-Perregaux capture the essence of the luxury carmaker in a watch measuring just 44mm across. “The greatest of the challenges we faced with the design of this new timepiece was that of scale, as one can imagine. We had to consider lines and proportion on a far smaller measure than we are used to in the realm of automotive design.”

Its titanium case and skeletonized movement come with a black DLC treatment with the three bridges, tourbillon, barrel, and gears seeming to float between the crystal on the front and underside of the watch. The timepiece looks to be a hand-wound watch until it is flipped over to reveal a white gold micro-rotor hidden directly under the main spring barrel at 12 o’clock. The lighter rotor is made possible thanks to the efficiency and lightness of the 10mm tourbillon. Whether or not the watch captures the essence of Aston Martin will be up to motoring enthusiasts as there are no obvious visual cues on the dial. The only reference is on the underside where the car maker’s name is engraved on a vertical flank of the micro-rotor and is filled with white luminescent treatment that glows blue in the dark. Only 18 of the Girard-Perregaux Tourbillon with Three Flying Bridges Aston Martin Edition are being made and they are available for purchase now.

For more about Girard-Perregaux’s sponsorship of Aston Martin, check out Aston Martin Returns to F1 in Style. 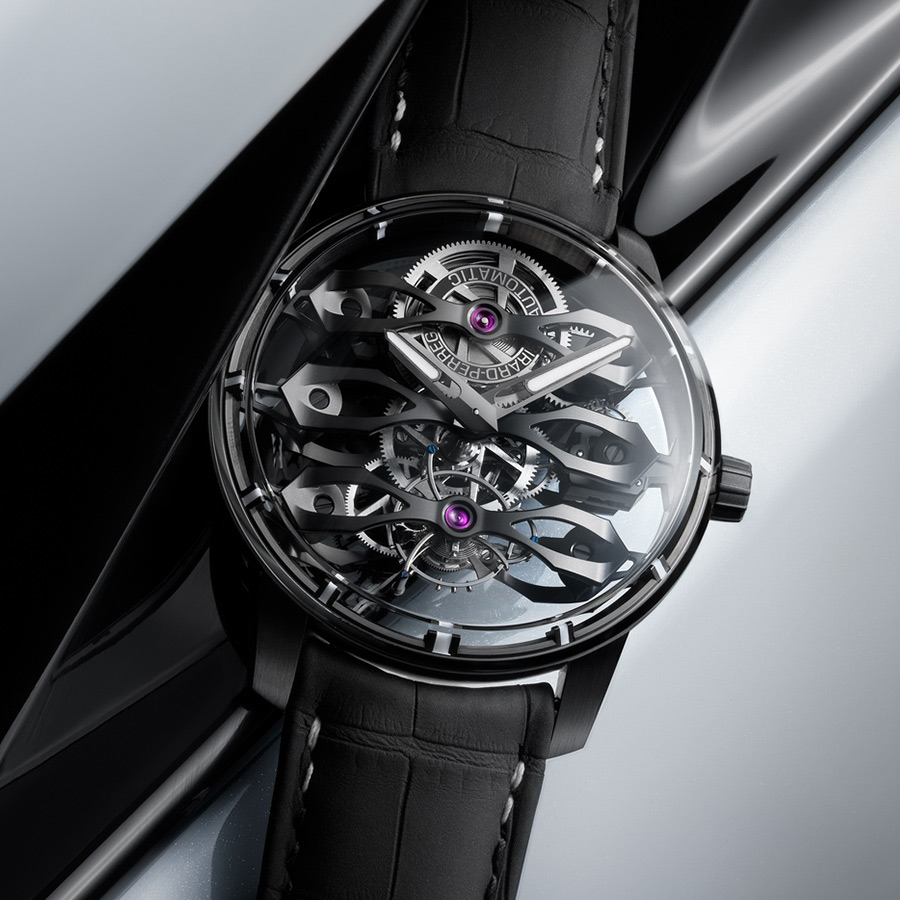