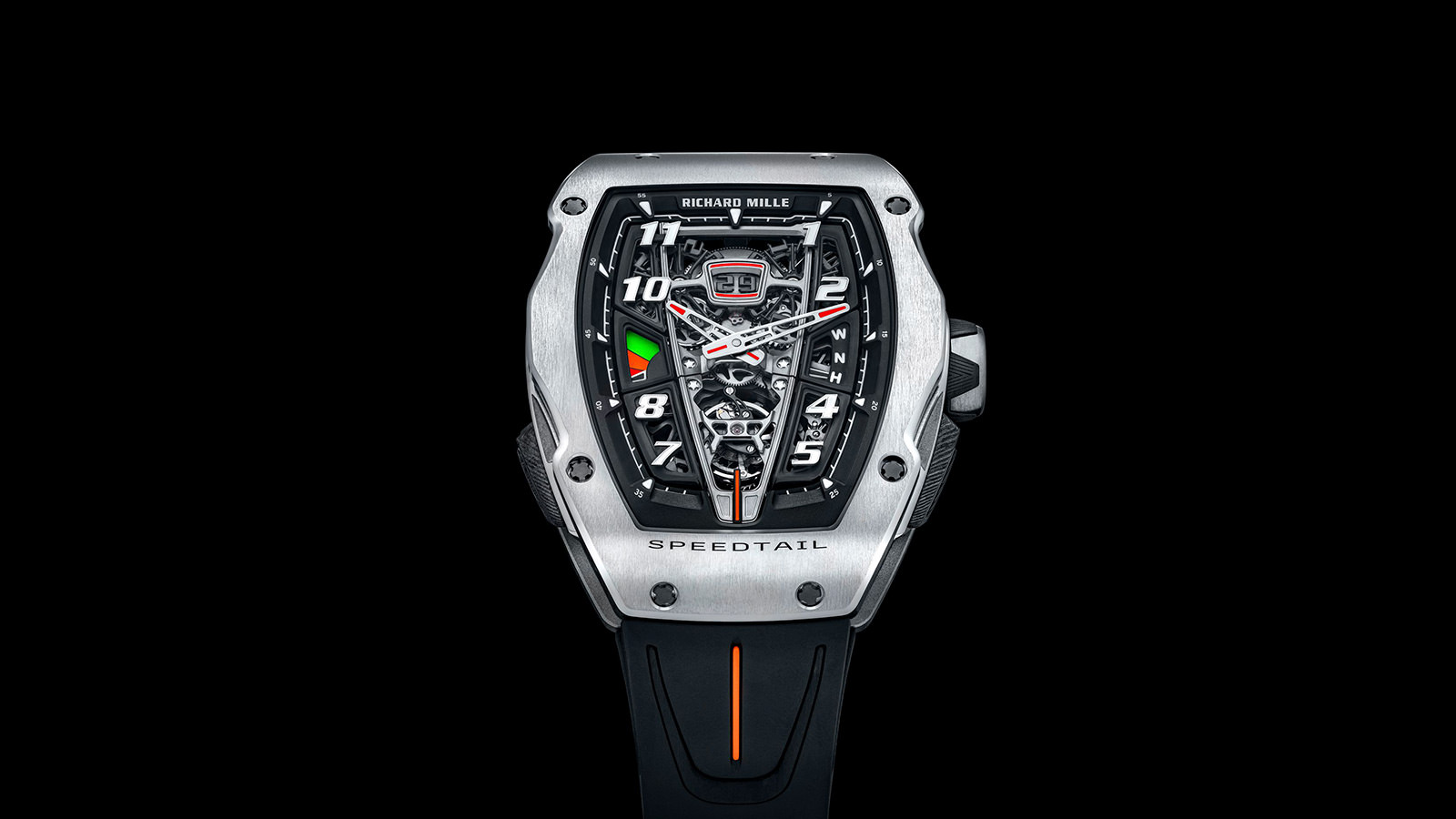 Since 2016, noted watchmaker Richard Mille has partnered with McLaren, the British manufacturer of both fine roadgoing hypercars and Formula 1 race cars, to produce watch designs. Both of the past models developed have been among Mille’s most complicated and technically advanced. Now, Richard Mille has recently announced a third McLaren-themed watch, the Richard Mille RM 40-01 Automatic Tourbillon McLaren Speedtail. This time around, the RM 40-01 evokes the automaker’s refined 250-mile-per-hour Speedtail grand tourer and the ethos that inspired it.

While the case of the Richard Mille RM 40-01 Automatic Tourbillon McLaren Speedtail utilizes the brand’s hallmark sandwich-style construction, the tonneau form is thoroughly reworked with a variety of nuances referencing its namesake. The flowing teardrop shape of the Speedtail as seen from above is reflected in the asymmetrical tapering tonneau shape. The titanium bezel features a series of four notches styled to match the Speedtail’s hood-mounted air intakes, and the layered Carbon TPT pushers at 4 o’clock and 8 o’clock mimic the air vents located ahead of the front wheels. Other Speedtail-inspired touches include the 3 o’clock McLaren signed crown, which echoes the style of the Speedtail’s driving mode selector.

The skeleton dial of the Richard Mille RM 40-01, like the case, is just as intricate in its finishing and design. For example, the sporty forward-swept Arabic numerals are not actually applied but are instead milled from the surrounding black PVD titanium bridges. Much of the dial echoes the style of the McLaren Speedtail, most notably around 6 o’clock where the thin hour index is finished in McLaren’s signature papaya orange colorway. Richard Mille offers the RM 40-01 Automatic Tourbillon McLaren Speedtail on a variety of straps, including integrated straps in alligator leather and Velcro-fitted ballistic materials, but the clear flagship strap is an asymmetrical integrated black rubber strap. Highly sculptural and with a number of references to the McLaren Speedtail design, this rubber strap also uses colored rubber over-molding to continue the dial’s papaya orange character line around the wrist. As with the car it references, only 106 examples of the Richard Mille RM 40-01 Automatic Tourbillon McLaren Speedtail will be produced. 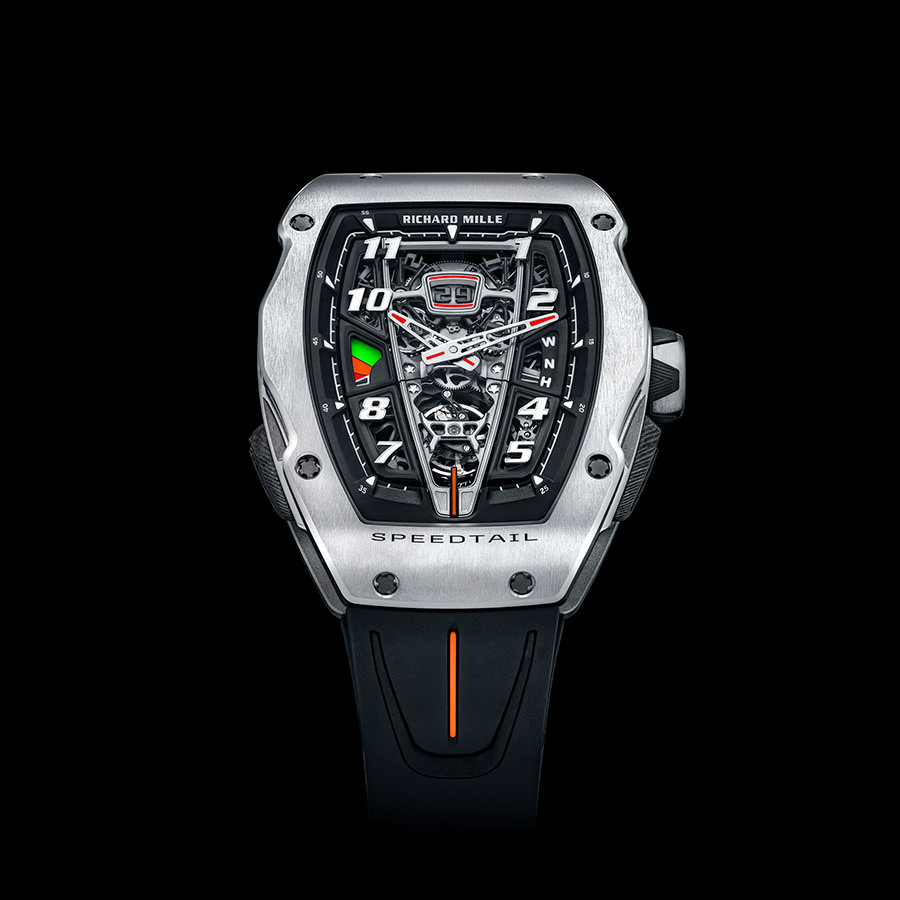