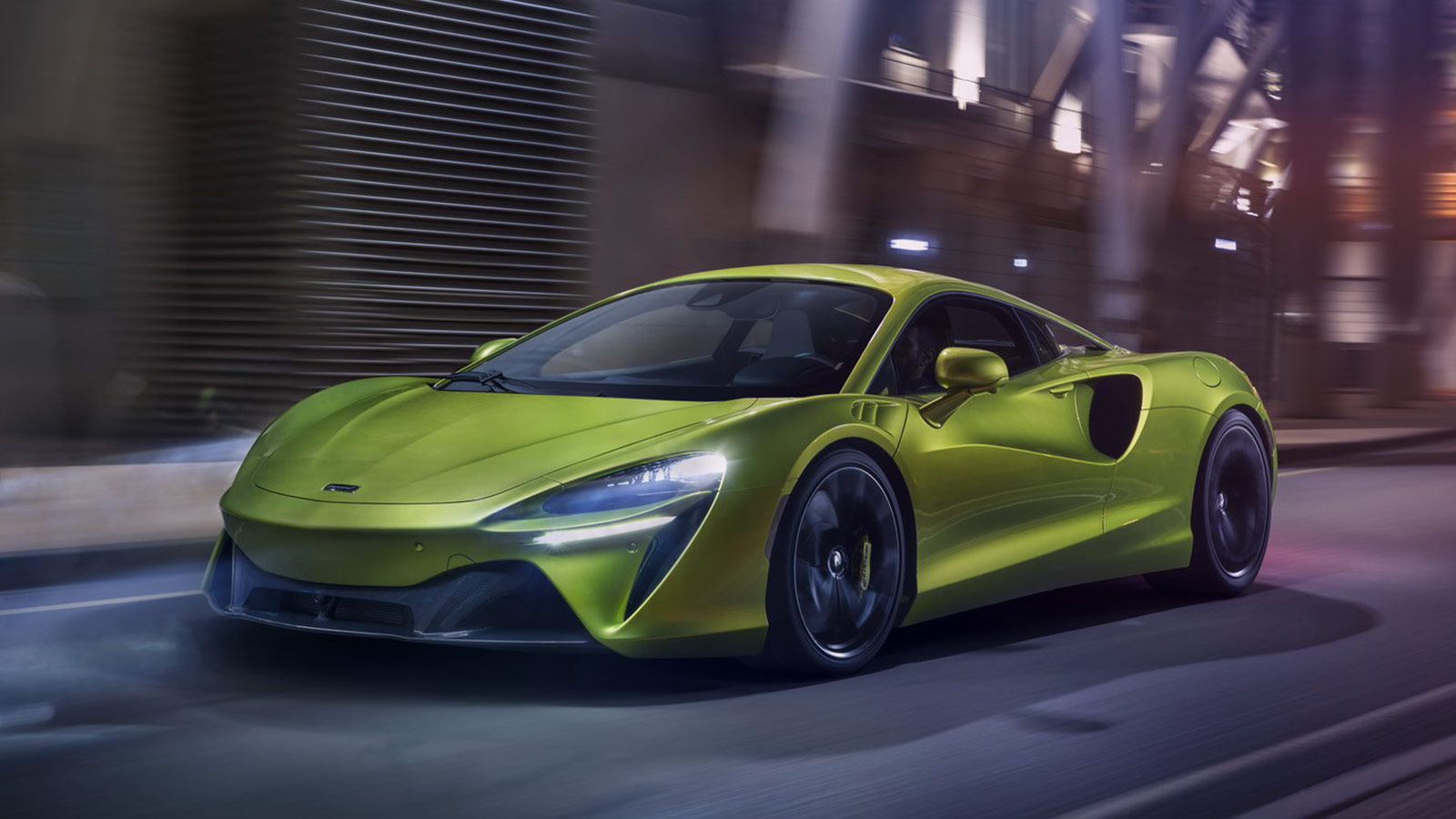 The McLaren Artura is the company’s first plug-in hybrid vehicle. Yes, McLaren has built hybrid supercars in the recent past using electric motors and a gasoline engine to deliver head-spinning performance, but the Artura is a proper hybrid supercar. The McLaren Artura is an entirely new vehicle designed from the ground up. It is built on McLaren’s new MCLA architecture platform and uses a newly-developed 3.0-liter twin-turbocharged V6 engine. The Artura is a supercar designed to deliver 200 mph performance with efficiency. The McLaren Artura’s twin-turbocharged V6 produces 577 horsepower and 431 pound-feet of torque. The engine works with a 94 hp electric motor capable of producing 166 lb-ft of torque capable of 19 miles of range. In total, the Artura plug-in hybrid supercar flexes a combined output of 671 hp and 531 lb-ft of torque, powering a car that weighs only 3,308 lbs. An all-new eight-speed dual-clutch gearbox powers the rear-wheels to motivate the Artura from zero to 60 in three seconds and onward to an electronically limited top speed of 205 mph.

McLaren’s reputation for obsessing over details is evident in every aspect of the Artura’s design. McLaren spent four years developing a new chassis for the Artura that shares no similarities to previous monocoques and weighs less than 200 pounds. McLaren referred to the Artura’s styling as “functional jewelry” – captivating and useful, like diamond-encrusted brass knuckles. Every line, vent, duct, and fold is there to guide the Artura through the air as smoothly as possible. The ongoing list of engineering details on this plug-in hybrid supercar accounts for the McLaren Artura’s $225,000 starting price. McLaren is already accepting orders for the Artura, and the first deliveries are scheduled for later this year.

If you liked this, you need to check out Alpha’s The Jax An Electric 4×4 CUV. 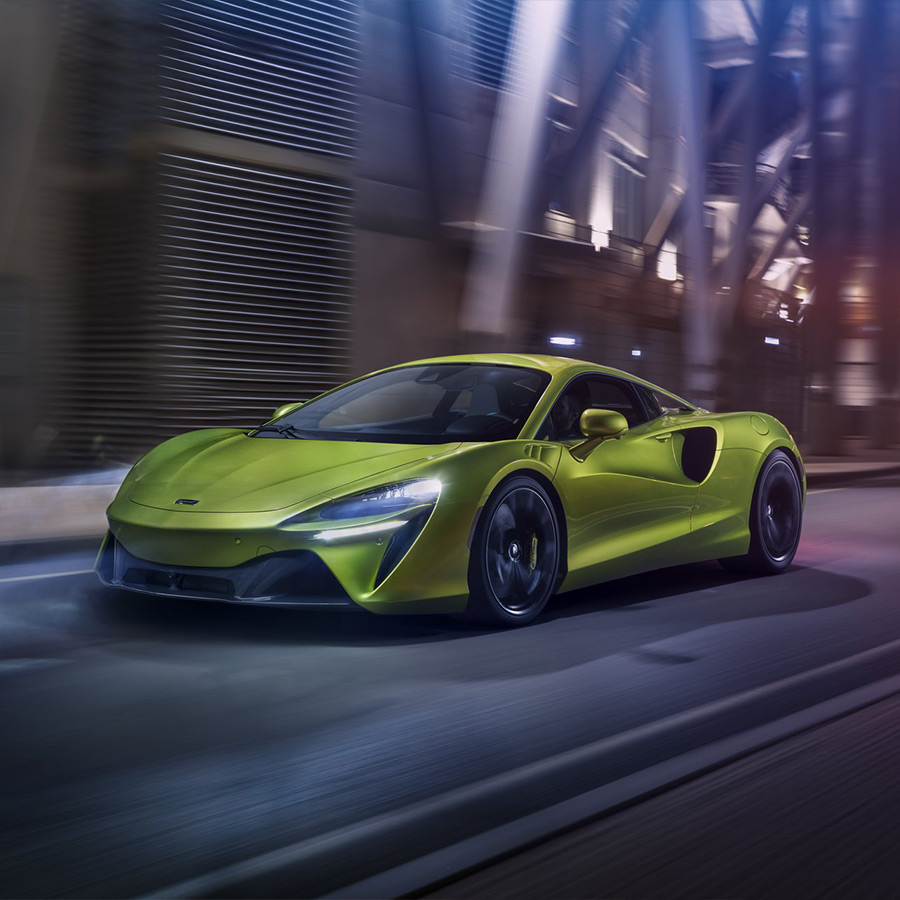