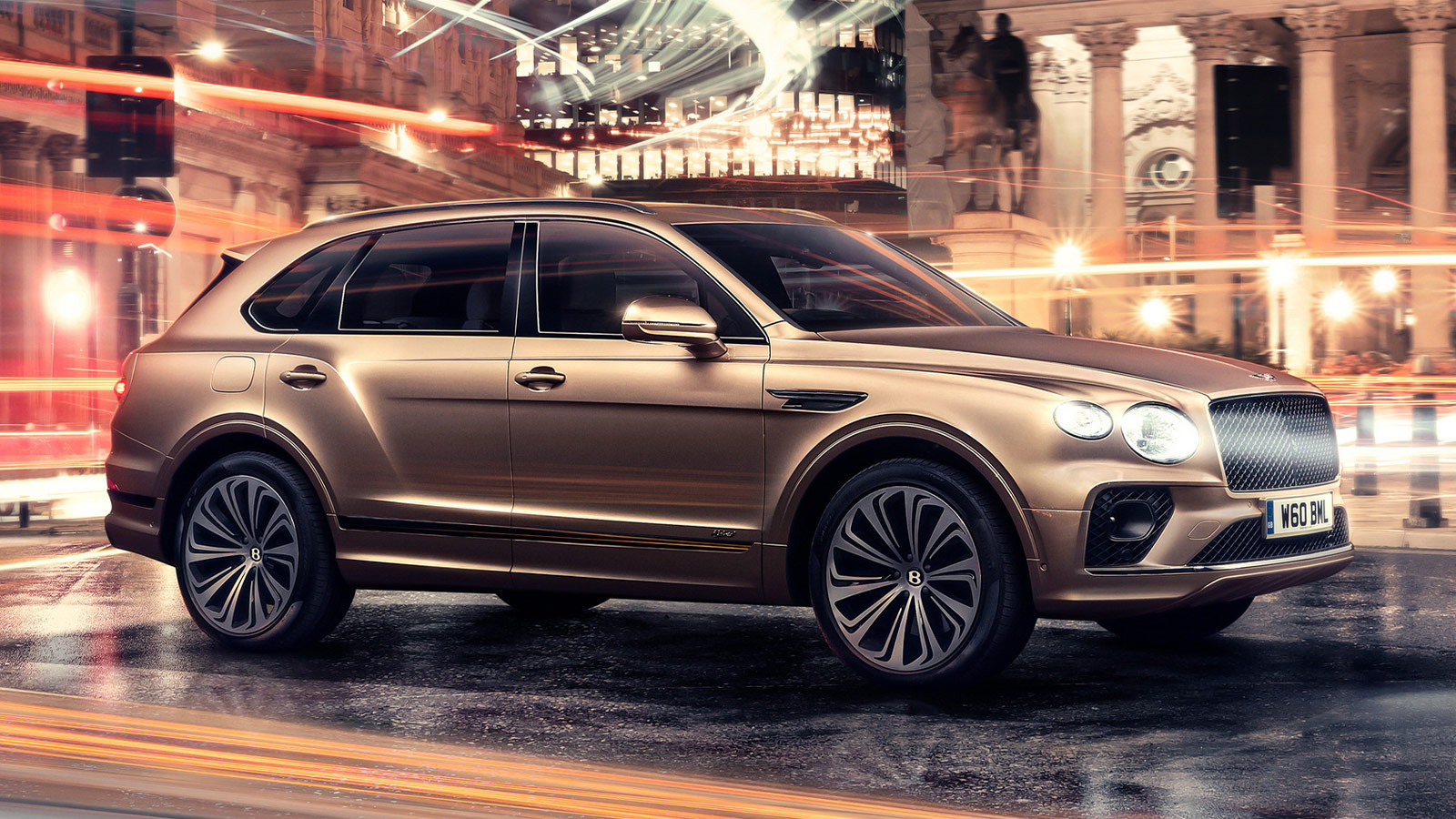 In late 2020, Bentley announced its next planned step in its evolution. Bentley set forth a goal to sell only plug-in hybrid models by 2026 and be a fully-electric luxury automaker by 2030. The first steps are already in the showrooms with the 2021 Bentley Bentayga Hybrid, which now boasts 31 miles of battery-range running on only battery power. That may not seem like much, but this is a full-size Bentley SUV. The Hybrid Bentayga’s two-part powertrain consists of a 3.0-liter twin-turbocharged V6 and a 96 kW electric motor, producing a combined power output of 443 horsepower and 516 lb-ft of torque.

One feature design to shave weight off a lead foot is Bentley’s Hybrid Efficiency Accelerator Pedal. The pedal notifies drivers when the vehicle is switching from electric to gas power. It can also vibrate when the Bentayga approaches lower speed zones to advise drivers to ease the throttle and conserve energy. Within the Hybrid Bentayga’s 31 miles of electric range, the SUV can run up to 84 mph using its electric motor before switching to its gas engine. At the time of this publication, the EPA has not announced the 2021 Bentayga Hybrid mileage rating. However, Bentley expects this luxury plug-in hybrid SUV to be one of its most popular models to date.