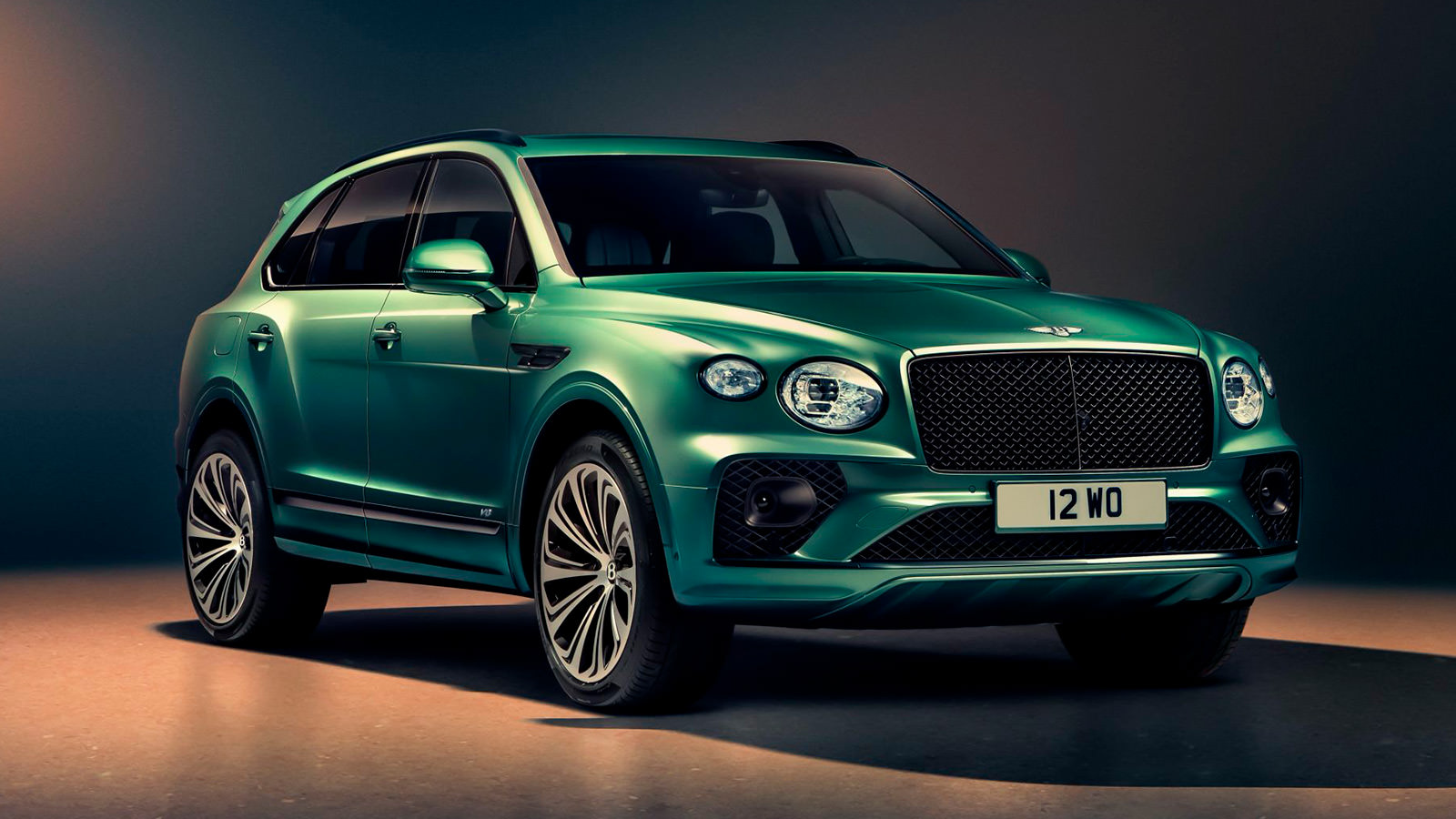 Bentley gave their super-luxury SUV Bentayga a California nip-tuck for 2021. Every panel has been adjusted, refined, and tweaked like a Kardashian’s physique on the 2021 Bentley Bentayga. Bentley wanted the Bentayga to fall in line and be uniform with the new look in the Bentley lineup. The front grille now stands up straight with new LED matrix headlights inside cut crystal glassware. The front bumper has a gaping mouth with sharper corners for a more aggressive look when it stares at you in the rearview mirror.

The most noticeable exterior changes to the 2021 Bentley Bentayga is in the rear. Taking styling cues from the Continental GT, the Bentayga’s brake lights live in oval-shaped rear tail lights with matching oval exhaust tips. The license plate has been moved to the bumper rather than on the tailgate so as not to disturb the Bentayga’s body lines. Inside the Bentayga is a new center console housing a 10.9-inch infotainment screen that Bentley states is “super high resolution.” The steering is also different and taken from the Bentley Flying Spur.  Rear passengers will gain four inches of additional legroom and larger touchscreen remote control units – all of which are compatible with Apple CarPlay and Android Auto.

For the first time in Bentley’s history, they are offering dark tint diamond brushed aluminum trim. In addition to two straight-grained veneers offered in Koa and Crown Cut Walnut. The whole interior makes for an aristocratic vibe.

The only thing that remains unchanged for the mid-cycle facelift on the 2021 Bentley Bentayga is the engine. The standard engine will be the 4.0-liter twin-turbo V8 engine capable of producing 542 horsepower and 568 pound-feet of torque matched with an eight-speed automatic transmission. Future engine options will feature a plug-in hybrid and the top-spec Bentayga Speed powered by a 6.0-liter V12. The Bentley Bentayga Speed will be a 190 mile per hour luxury speed yacht on wheels ready to chart open waters of any given highway.