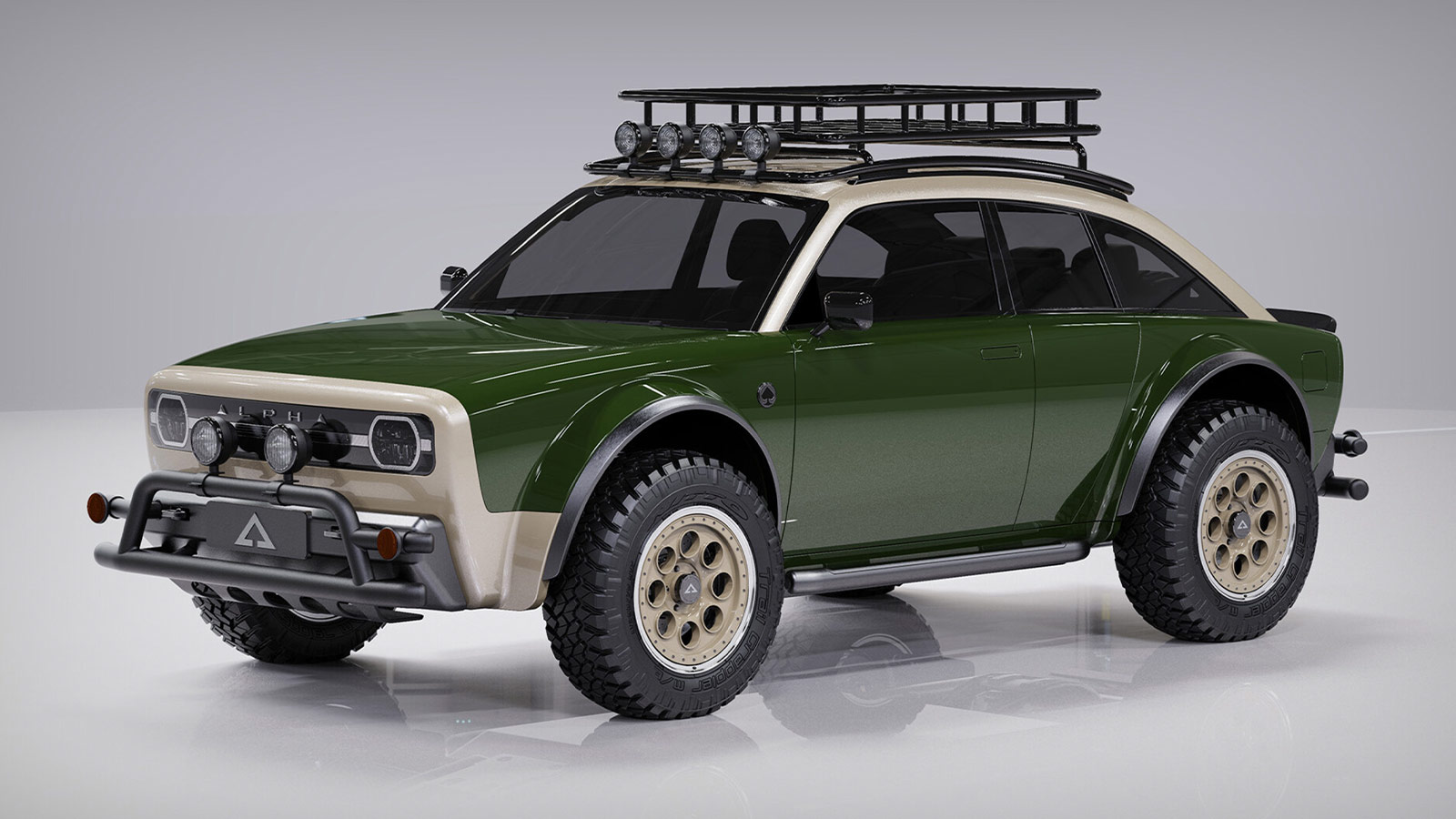 Alpha Motor Corporation (AMC) first released press photos of its two-door electric vehicle named the Ace last month. AMC provided little information on the Ace apart from stating that it weighs around 3,600 pounds, and claims a range of 250 miles, and a zero to 60 time under six seconds. Now, AMC has released another set of press photos featuring a different variant of the Ace called the Jax, which stands for “Junior All-Terrain Crossover.” The Alpha Jax Electric CUV is a rugged, active lifestyle version of the Ace, wearing double-quarter pounder beefy off-road tires bulging out of flared fenders, a set of get-out-of-my-way round-tube steel bumpers, and a roof rack with exterior lighting.

Alpha did provide a little more information on the Jax, stating it uses a 75 kWh lithium-ion battery pack with a claimed range estimated at 250 miles. Alpha also stated the Jax would be offered in front-wheel-drive and four-wheel-drive variants and reach 60 mph in 6.5 seconds. The interior is still mostly a mystery, but it does appear to have room for four passengers with a minimalist theme featuring a digital instrument cluster and a ‘floating” infotainment system. Like the Ace, the Jax is easy on the eyes with an exterior design that manages to be modern and nostalgic at the same time.

Alpha Motor Corporation is currently accepting reservations for the Jax, with a starting price of $38,000. No word yet as to when the car will actually go into production and become available. The only disappointing detail is that the Alpha Jax will not be offered as it appears in these photos. The exterior lighting and accessories are not included, which sort of feels like watching a TV commercial for an awesome new toy as a child and hearing the phrase “accessories sold separately” at the end. Still, we eagerly wait to see if the Ace and Jax can live in the real world soon.

For more news on electric vehicles, check out the 2022 Audi E-Tron GT and RS E-Tron GT. 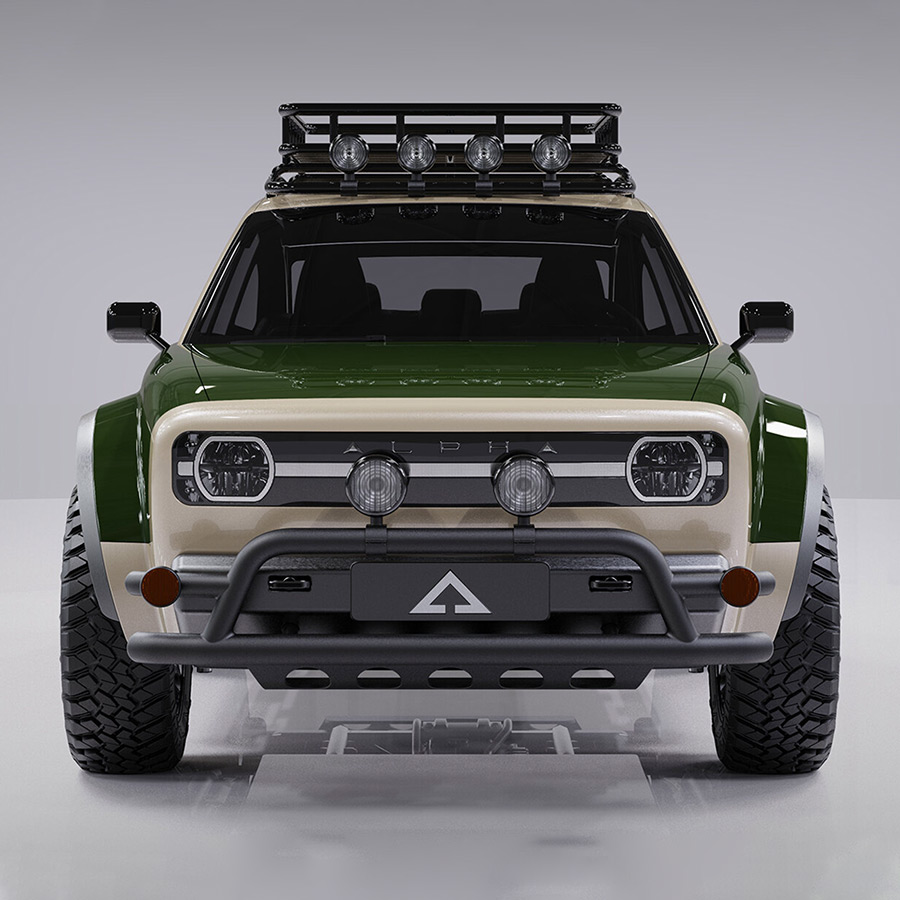