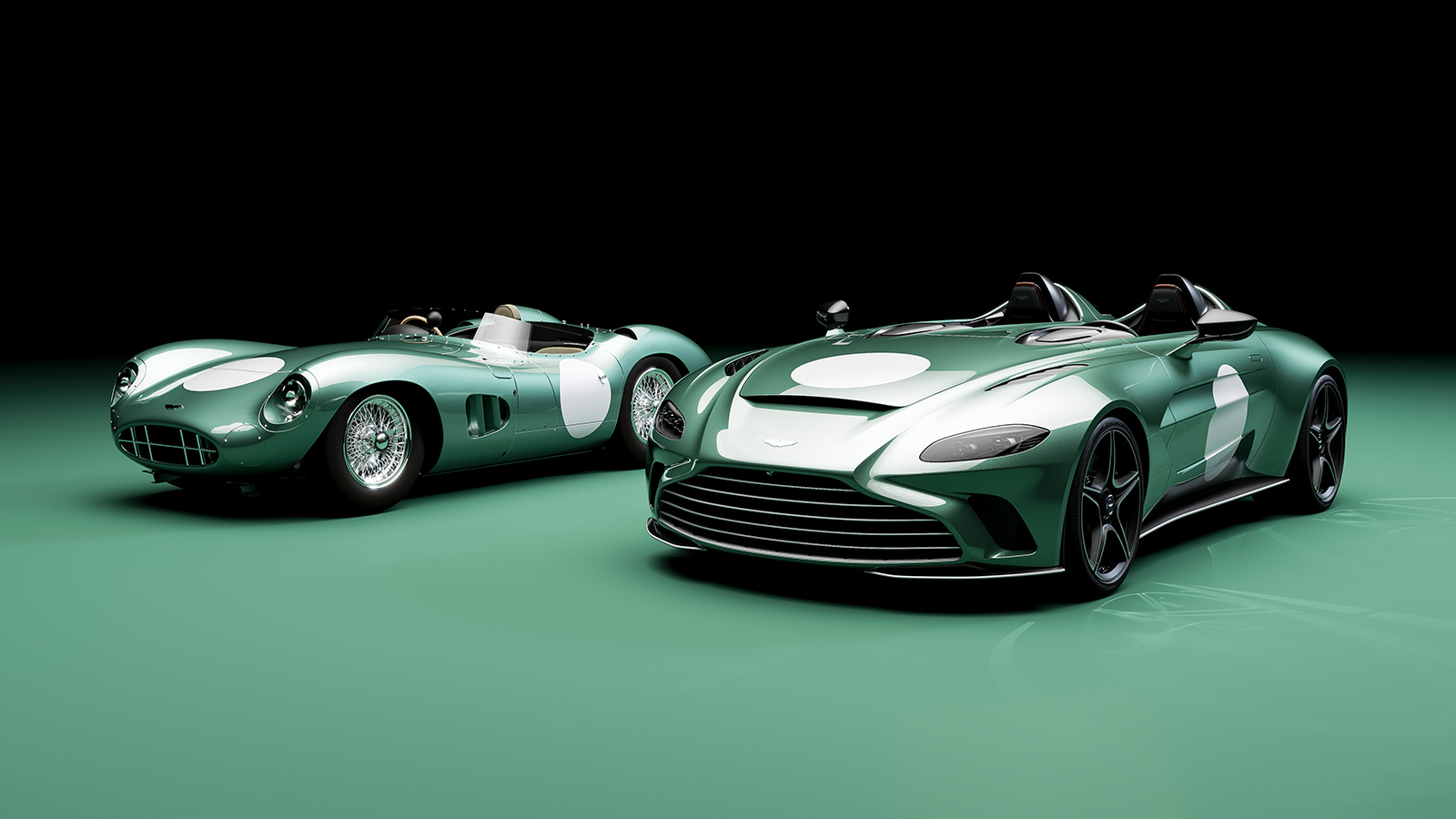 Aston Martin has been tempting collectors with news of the limited-production Aston Martin V12 Speedster. Only 88 examples are going to be built, and now Aston Martin has announced a special appearance package for the V12 Speedster. This optional specification for the modern open cockpit supercar is a tribute to Aston’s most successful racing machine – the 1956 DBR1.

The Aston Martin DBR1 debuted in 1956. Only five examples were built for racing purposes, and one was sold to private hands. The Aston Martin DBR1 resume in motorsport features wins at the 1958 Goodwood Tourist Trophy, the 1959 24 Hours of Le Mans, and 24 Hours of Nurburgring. Drivers that took the DBR1 to victory include legendary Stirling Moss, Carroll Shelby, Tony Brookes, and Jack Fairman. In addition, the DBR1’s gorgeous design and performance laid the foundation for the Aston Martin series of DB road cars that became iconic in their own right. All in all, the company owes a great deal of its success to this old race car. Now, the spirit of it gets to live on in a new shape with the Aston Martin V12 Speedster.

This DBR1 optional specification is a tribute to the Le Mans-winning livery. It features a Martin Racing Green with Clubsport white pinstripe livery with white roundels and a Satin silver front grille. The interior is dressed in Conker saddle and Viridian Green technical textile/Caithness leather. Rocking the old school look is a set of 21-inch center-locking wheels painted Satin Black. Unique emblems let collectors know that this is an exclusive option on an already-exclusive car.

In other Aston Martin news, check out the new Vantage F1 Edition. 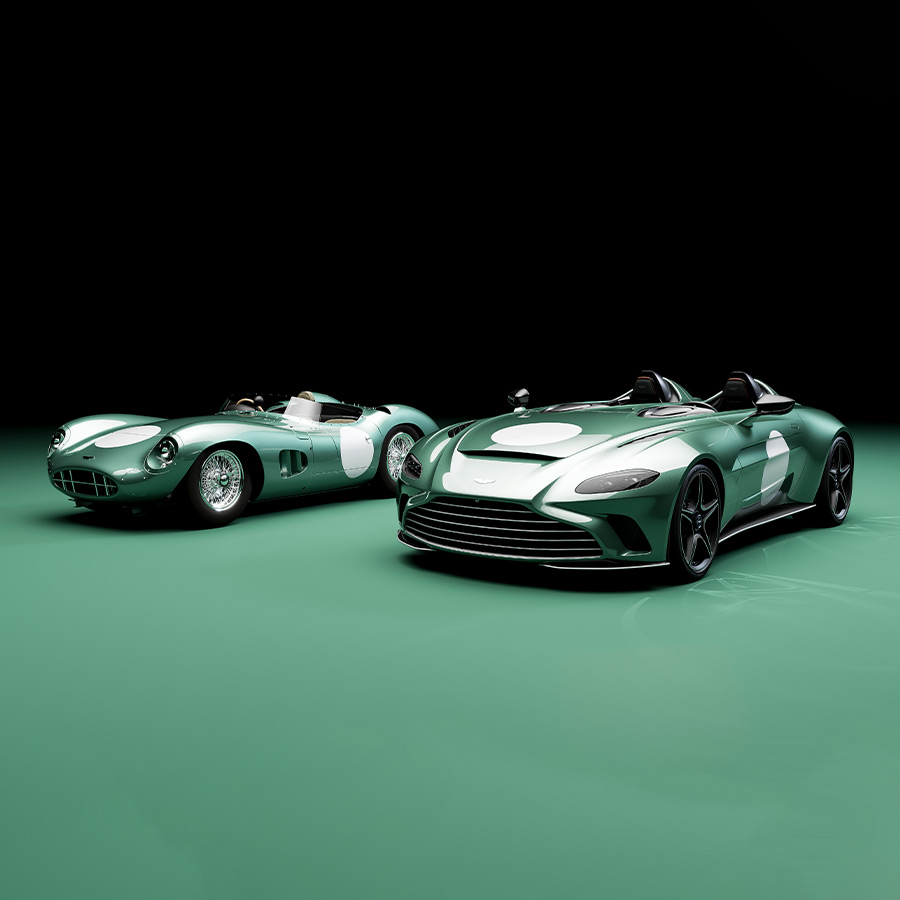