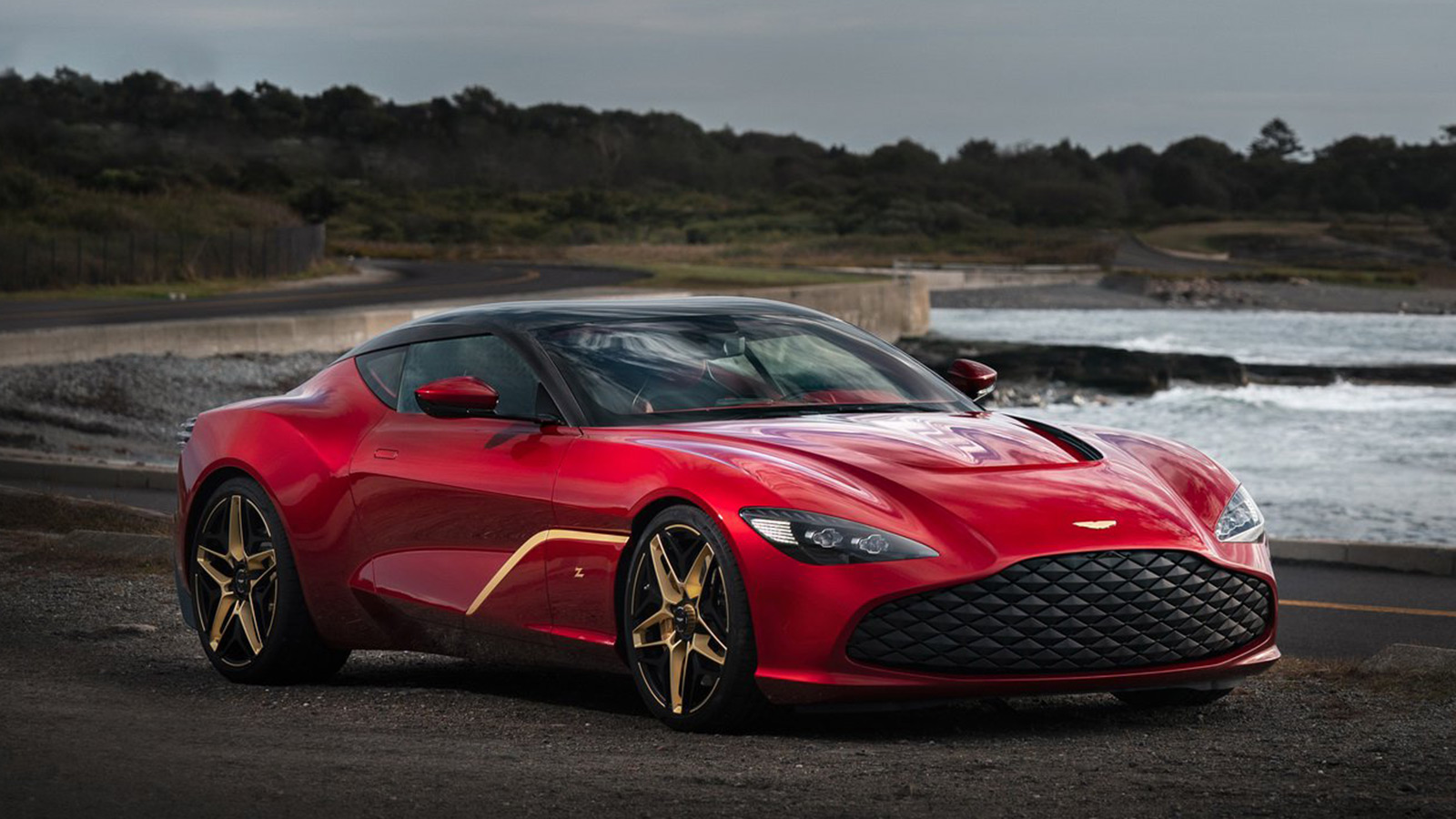 The Aston Martin DBS GT Zagato can be described in a single word — opulent. It’s not merely the $7.9 million price tag or the fact that only 19 collectors will be able to own the car that makes it the real-life definition of opulence. It’s also the twin-turbo 5.2-liter V12 unit that produces 760 horsepower, the use of 3D-printed interior finishes, 18-carat gold accessories, and a spicy red interior.
Let’s not forget about the carbon fiber accents, the 3D machined wheels, or the luxury vehicle’s grille, which is an automotive first courtesy of its configurable carbon construction. In fact, the grille on the Aston Martin DBS GT Zagato should be considered a work of art. It features 108 diamond-shaped carbon pieces that are flush when parked, and open as soon as the car begins to move. Not only is the effect breathtaking, but it also gives the engine the additional air that it needs to handle explosive bursts of speed and precision handling. What can we say, the British carmaker has done it again with a luxurious specimen that redefines opulence for the world’s wealthiest collectors.