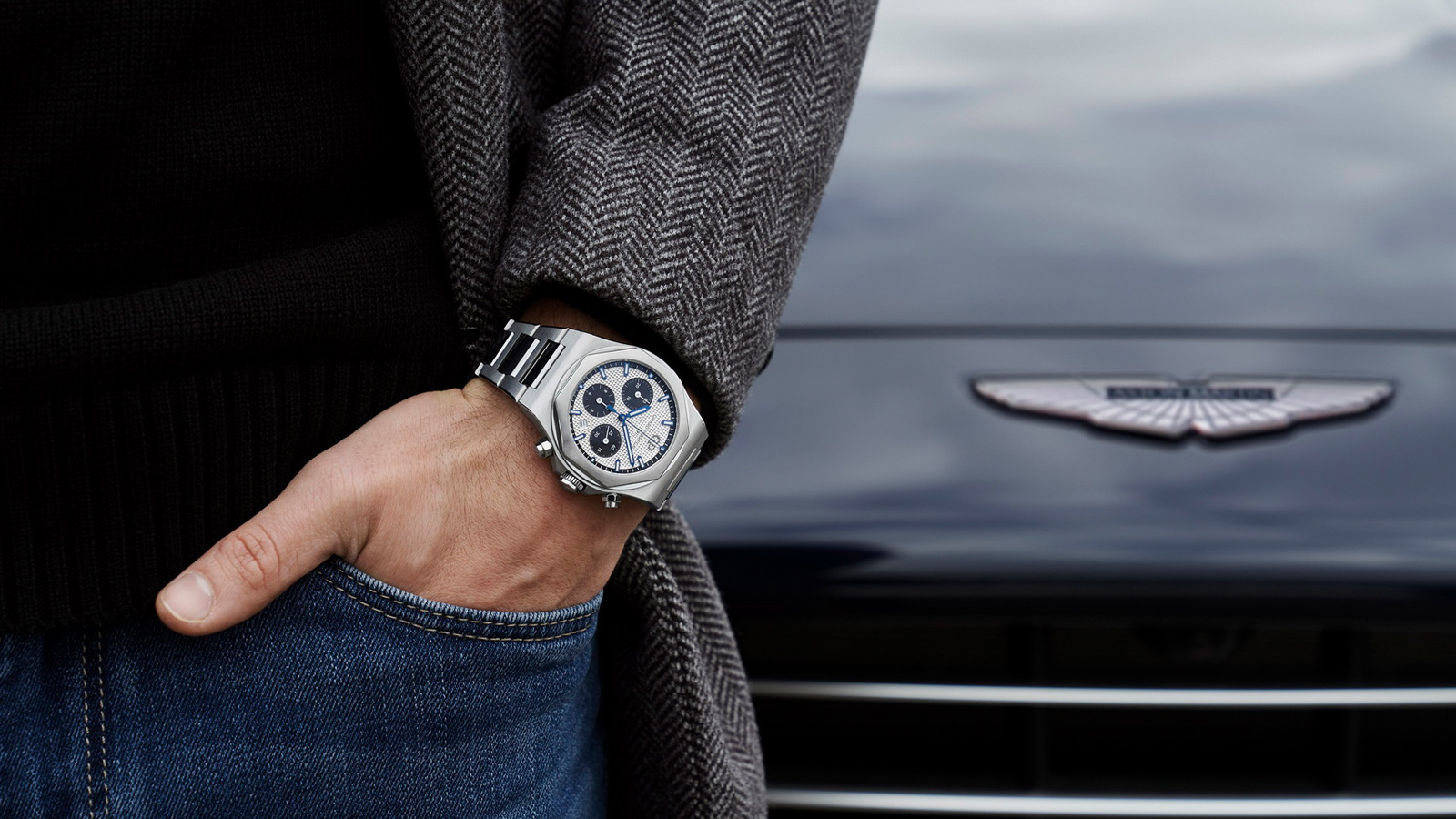 The latest news from Aston Martin is its official collaboration with acclaimed Swiss watchmaker Girard-Perregaux. In the ever-expanding world of the automotive community, watch enthusiasts are more common than you think. Watches and cars share a lot of similar passions in that it takes craftsmanship, engineering, and attention to detail to create something of the highest build quality and performance. Plus, nothing complements a set of genuine leather driving gloves like a high-quality timepiece dressed across the wrist.

As part of the collaboration, Girard-Perregaux will be a sponsor for Aston Martin Cognizant’s Formula 1 team scheduled to premiere at the Bahrain Grand Prix on March 28. Aston Martin’s newly formed F1 team is the company’s return to racing since it left Formula 1 in 1960, and many fans are welcoming it back with open arms. One of Aston Martin’s highlights in motorsport is winning the 24 Hours of Le Mans in 1959, driven by none other than Carroll Shelby. Aston Martin and Girard-Perregaux also plan to release a limited-edition timepiece later this year — a watch that will speak of both brand’s long history of crafting exquisite luxury products. Girard-Perregaux’s history in watchmaking spans several centuries back to 1791, and Aston Martin has been firing on all cylinders since 1913.

If you liked this, you’ll want to check out Porsche Design’s Chronograph 911 GT3.