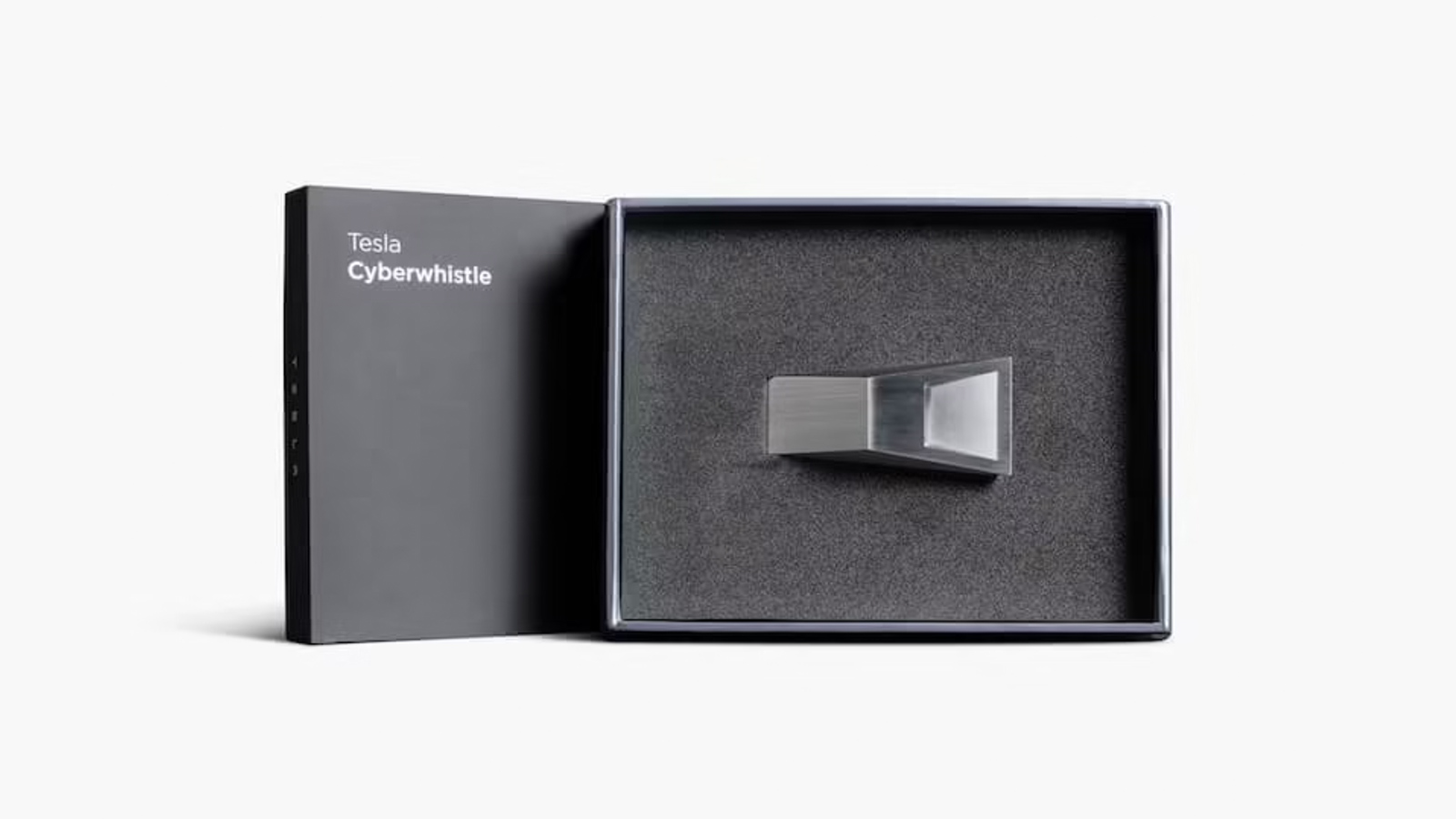 Tesla CEO Elon Musk introduced the Tesla Cyberwhistle on November 30. He took to Twitter, sharing a link to the Tesla Cyberwhistle product page, “Blow the whistle on Tesla.” The joke about whistle-blowers grabbed some attention. Then he followed it up with a call to action—”Don’t waste your money on that silly Apple Cloth, buy our whistle instead,” he tweeted— referring to Apple’s new $19 microfiber polishing cloth. Unsurprisingly, the Tesla Cyberwhistle sold out in a few hours. According to the website, they are currently out of stock. Fans should keep an eye on the product page if they want in on the next round of available Cyberwhistles.

Shaped like Tesla’s much-awaited Cybertruck, the limited-edition Tesla Cyberwhistle is a collectible made from medical-grade stainless steel. It has a sleek, polished finish. According to the website, the Tesla Cyberwhistle also includes an integrated attachment feature for versatility. However, it is difficult to tell how to use the attachment from the product photos. And the description does not elaborate. Musk announced the Tesla Cybertruck two years ago. The electric truck currently has over a million reservations. But the company delayed its release until sometime in 2022. Musk has confirmed that his electric pickup truck production would begin in Austin, Texas next year. The Tesla Cyberwhistle is one item in the collection of lifestyle products on Tesla’s website.

In other Tesla news, the company launches the Tesla J1772 Gen 2 Wall Connector.