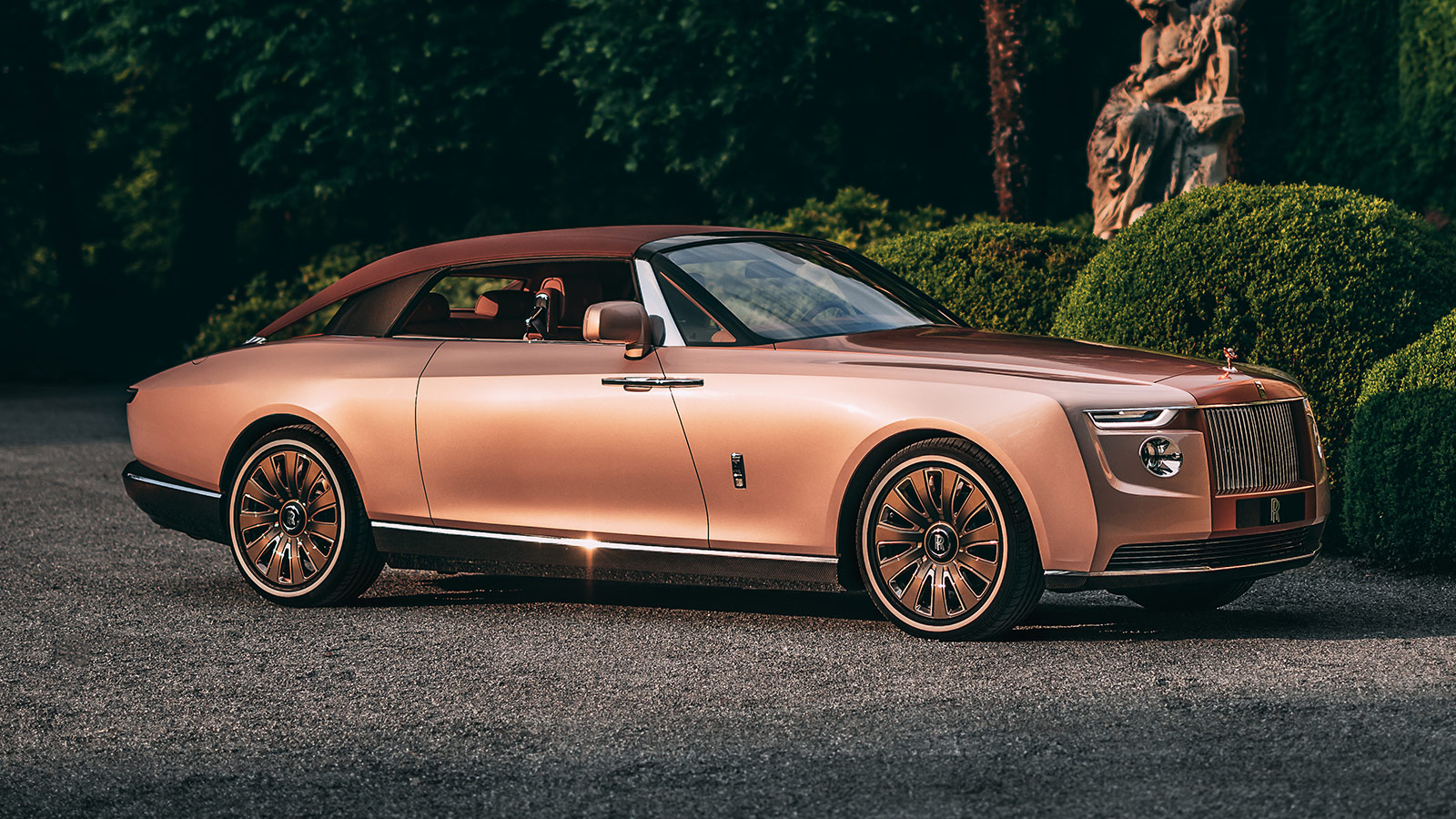 Rolls-Royce has debuted its second custom Boat Tail drop-top convertible. The car was unveiled at the Villa D’Este on Lake Como – a prelude to the Concours d’Elegance. This one-of-a-kind Rolls-Royce drop-top is extraordinary in every inch of its design. Reportedly, this Rolls-Royce Boat Tail was commissioned by a client as a tribute to a beloved and respected family member. The client’s business background is in the pearl industry, which played a significant role in the design of the Boat Tail Rolls-Royce. The car is constructed out of single sheets of aluminum fabricated and fashioned by hand. Like a racing yacht from the roaring 1920s, Rolls-Royce designers and engineers went through painstaking efforts, laboring over the most minor details to create an automobile of the highest standard.

Before the project began, the client sent the Rolls-Royce Team a gift of four pearl shells which are said to have directly inspired the vehicle’s theme. Most notably in the car’s exterior color, which is said to be one of the most complex finishes ever undertaken by the RR Team.

Looking at the Rolls-Royce Boat Tail, it is easy to notice the amount of effort that went into its design. The paint’s foundation is a mix of oyster and soft rose, featuring white and bronze mica aluminum flakes to create an alternating color effect that dances depending on the lighting. Topping off the paint is a layer of crystal and ice matte clear coat. At the back, the Boat Tail’s deck is made from Royal Walnut and features a picnic set wearing the same rose gold palette as the car.

The interior is as spectacular as the exterior, with oyster-colored upholstery with rose gold accents and pinstriping. Personalized details are featured throughout, like the dashboard’s timepiece, and the interior switches and instrument dials are made of mother-of-pearl material supplied by the client. The finished product captures a modern interpretation of a personalized motorcar of the 1920s, with “money is no object” aesthetics. Speaking of money, the price of this Rolls-Royce Boat Tail has not been disclosed. However, the previous Boat Tail was speculated to cost around $28 million.