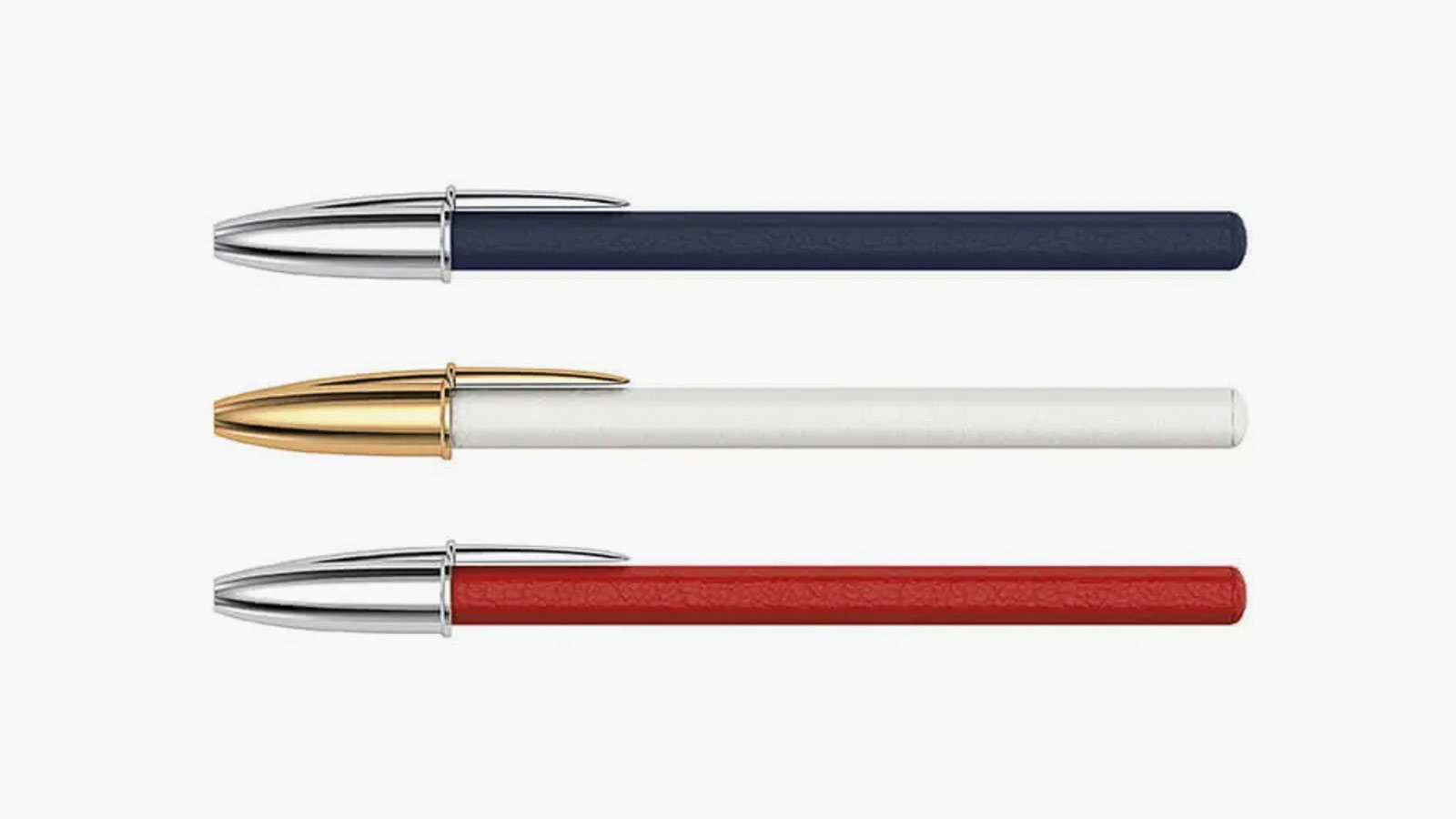 Pinel et Pinel and BIC have partnered once again to pay tribute to their native country of France with a limited edition pack of three BIC Cristals named Pinel et Pinel Pen Pack BIC. The pack of three BIC Cristal pens are wrapped in leather, colored blue, red, and white. The blue leather BIC sports a silver cap, the white has a gold cap, and the red pen comes complete with a silver cap. The entire special-themed collection is dubbed ‘Vive la France’ as it embraces various traditions that make French products both beloved and admired.

With worldwide sales of 22 million pens, BIC is the leader in the manufacture of ballpoint pens. Finding his start in 1945, French production manager Marcel Bich bought an ink factory on the outskirts of Paris. Eventually, his fountain pens caught on with the invention of the ballpoint variety and after 1950, his BIC pens found success in America and around the world. The Pinel et Pinel Pen Pack BIC is made entirely in France, produced in Marne-la-Vallée. The leather used to wrap the pens is sourced from the tanneries in Espelette, and the packaging is made in Ecquevilly.